The sad days of the Clown Clown 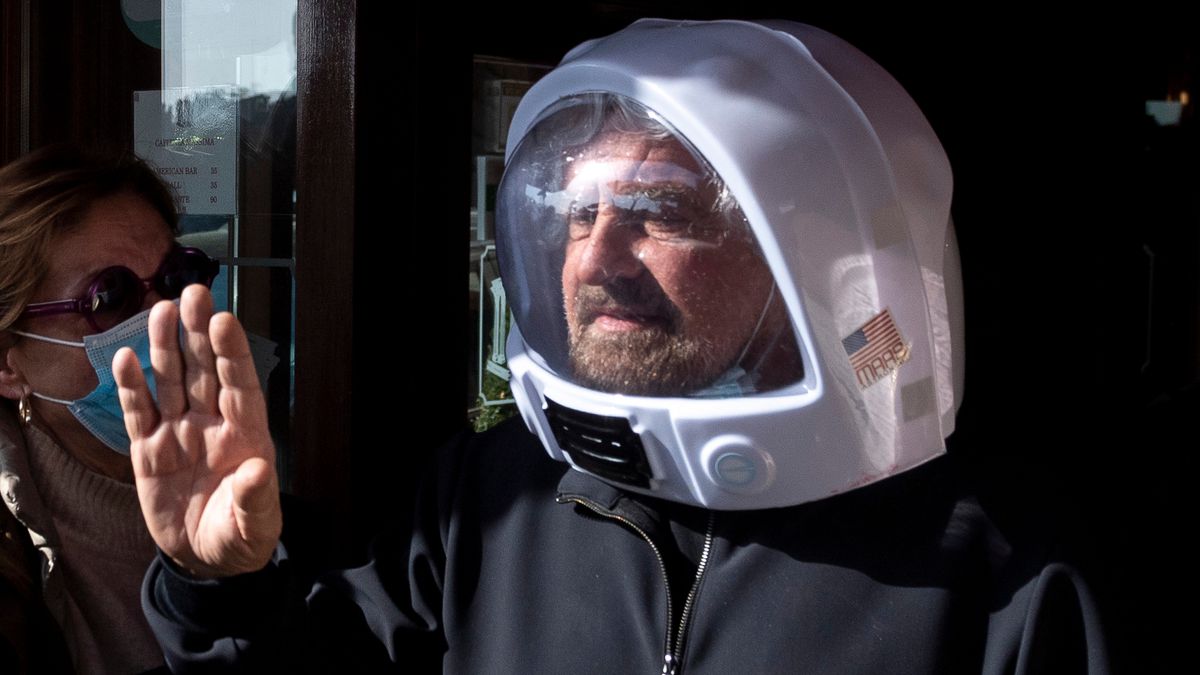 Beppe Grillo (Genoa, 72 years old) these days has an air of a sad and twilight old clown. The most influential comedian of the last decades in Italy is no longer funny or provokes that visionary magnetism with his ideas. And perhaps that of these days, as in that film by Federico Fellini (Ginger and Fred, 1986) where two old dancers met again for their last pathetic performance, it was the Show final before the dismemberment of the political creature that began to forge in 2007 around a blog. The comedian, with an overflowing instinct to always intuit what his audience wanted to hear and transform the public into fans, has caused an earthquake this week by discrediting former Prime Minister Giuseppe Conte as the new leader of the 5 Star Movement (M5S) after having him chosen by himself: “He has no political vision or management capacity.” He wanted to break once more, subdue the rest and show who was boss. But this time his legion of faithful has not followed him.

Grillo had long since departed from the front line of politics.

After the success in the 2018 elections, when the M5S became the most voted force in Italy with 33% support and managed to form a government with the League, the showman He decided to hand over the political leadership to the young Luigi Di Maio (now Foreign Minister). The comedian reserved the title of “guarantor” of the formation: a kind of spiritual guide and owner of the formation that he had created more than a decade ago. The M5S was the strangest political experiment Europe had ever seen. But the crises, the constant flight of parliamentarians, and the failure of Di Maio’s leadership forced him to return to restore order. Or so he interpreted.

The last few months have been tough. Also at home. Her son is awaiting trial for an alleged gang rape of a girl at his home in Sardinia. Grillo disappeared for a while. And then he wanted to help him by defending him in a histrionic video a few months ago. He did it loudly, rudely questioning the girl’s version, also the judicial investigation. And it only made things worse. “Since then he has not been the same again,” explains a person who used to treat him and recalls a man who became “a force of nature” and who came out of political meetings disguised with an astronaut’s helmet.

The Genoese comedian was hardened in his beginnings with a varied and radical humor on television. In 1986, when he was already a showman reputed, he was fired from the RAI for a joke about the socialists and Bettino Craxi, which then presided over the Council of Ministers. “If in China they are all socialists, then who are they robbing?”, He let out, simulating a conversation between the then prime minister and an adviser. Public television – he must have known that by now – did not admit this kind of joke. But the dismissal ended up doing a favor for Grillo, who began to make a living with shows in theaters and nightclubs.

The line was no longer separated from public issues, politics, the big companies that ran the country or the constant attack on journalists (as in his San Remo performance in 1989). Those were the times of big bankruptcies, like Parmalat, and corruption scandals that led to huge court cases and suicides. His ideas already bordering on a certain anarchism. He was vehement and somewhat dictatorial with those around him, say those who knew him. But Grillo cultivated an image of himself close to the mad genius stereotype. And he managed to make his inconsistency his best calling card.

The founder of the M5S always needed enemies. And in the early 2000s, in parallel to his street opposition to Silvio Berlusconi, he began to rant on the Internet. He destroyed computers in his shows, laughed at what he defined as bullshit.com and its capitalist power. “The Internet had to be a democratic system to make us work less, but we worked five more hours,” he shouted, inflaming his audience. But Grillo also changed his mind about that when he met Gianroberto Casaleggio, a businessman dedicated to digital communication who opened the doors to that world he despised and allowed him to found his blog. That was a time when there were hardly any loud voices on the net and Grillo understood the potential of that instrument. His blog became one of the most followed in the world.

The first face-to-face meeting of those who subscribed to his blog was organized in 2007. He called it Vaffa day, short for Vaffanculo (to take it up the ass). In front of the so-called Meetup (the cells that grouped geographical areas and discussed the issues proposed by Grillo) were young people who years later would become leaders like Luigi Di Maio or the current president of the Chamber of Deputies, Roberto Fico. They met, they organized. They wrote a decalogue of laws under the premise that they would be absorbed by the Italian Constitution, which provides for the norms of popular initiative.

They began to talk about the issues that were later central to the movement: expulsion of the condemned from politics, defense of public water, term limits … Some postulates had a progressive flavor, others were a perfect example of proto-populism inspired by much of what than the prosecutor Antonio Di Pietro, who had led a few years earlier the largest case against corruption in Italy (Mani pulite), had introduced Italia dei Valori into his party. But they anticipated what would happen in the world five years later.

On October 4, 2009, Saint Francis Day (for his vow of poverty), the M5S was founded. A political artifact of alleged direct participation designed against the so-called caste, the power, the institutions. It was his, his invention. And recorded it. Only four years later, without even a candidate, they won the elections and became the center of politics in Italy even though they could not govern.

“The grillismo it was a pure rebellion, that ‘to take the ass’ to everything that supposed a form of control ”.

The political scientist Giovanni Orsina believes that “it is an extraordinary case.” “It will take years to find out what exactly this creature is. The rebellion against the institutions has taken a form in many countries that could be redirected to a political logic: Podemos, Ciudadanos, Boris Johnson, Le Pen … All this responded to political schemes. But grillismo it was a pure rebellion, that ‘to take the ass’ everything that supposed a form of control. But the substance of the message was just that. They had no idea what they were going to do next. And when the rebellion turned into proposals, many fell down ”. The M5S has lost 101 MPs in just three years of legislature (30% of which it achieved in 2018).

A comedian should sense that things are going wrong when he has to explain his jokes. Last week Grillo posted two videos. The former used it to despise and humiliate Conte with a comic number. He seemed sure of himself. In the second, a day later and seeing the chaos that the previous one had generated, he tried to justify himself by claiming that he had only made a couple of jokes.

For the first time, his followers criticized him on the networks. There was a buzz among his loyal parliamentarians, important figures of the movement were unmarked and threatened to leave the party if that is the line that is set. Most loved Conte, and the former prime minister smelled the blood. That day he decided to leave home, where the cameras were waiting for him, dressed from top to bottom to play tennis – who knows if he got to the court – showing calm. Just what Grillo would have done when his audience was still laughing.