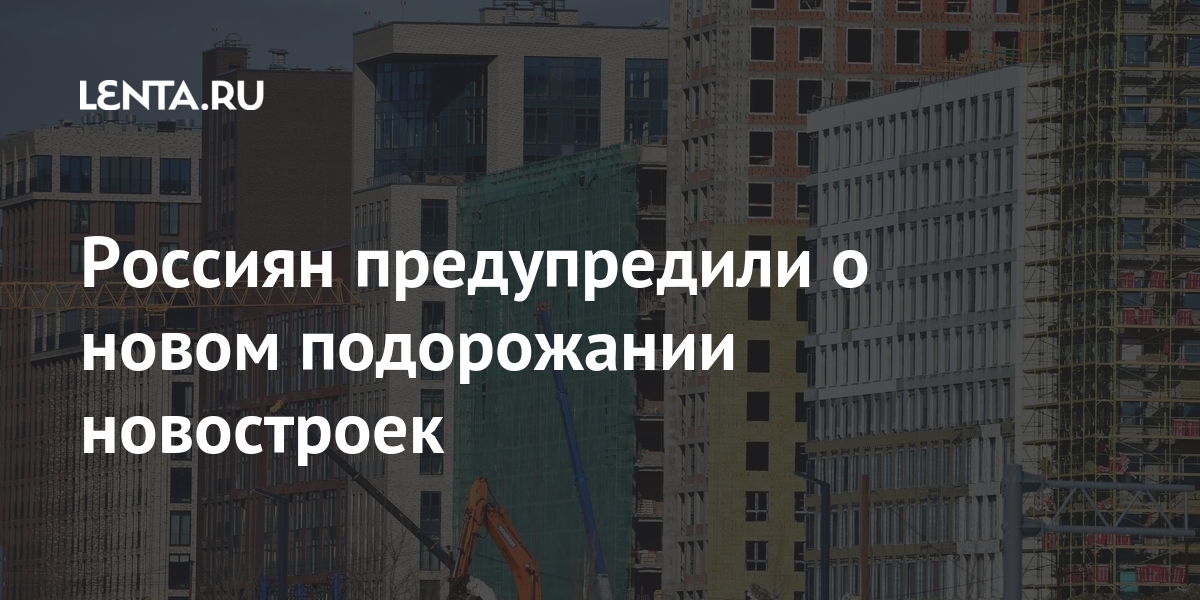 So, according to CIAN, the average cost of new buildings in 16 largest cities in Russia is now 95.12 thousand rubles per square meter. Over the month, this indicator increased by 1.4 percent, over the year – by 22.8 percent. Other market participants cite similar data.

As the head of the analytical center CIAN Aleksey Popov notes, in general, the rise in prices has slowed down, but, in his opinion, it is too early to talk about a formed trend. He recalled that in December and January a similar dynamics was observed on the market, but then there was no transition to confident stagnation: in February, new buildings again significantly increased in price. The specialist predicts that developers may try to launch a new wave of rush demand, speculating on the possible cancellation of the preferential mortgage program in some regions.

Renting an apartment in Russia is getting cheaper. What to choose: rent or mortgage?

In turn, the head of primary real estate at Avito Nedvizhimost, Dmitry Alekseev, predicts that price increases will continue until the government announces a final decision on the extension of the preferential mortgage program, after which the indicators may stabilize. At the same time, he considers it unlikely that prices will decrease if demand falls, and with a high degree of probability, developers will start offering customers promotions and discounts.

Earlier, Deputy Prime Minister Marat Khusnullin instructed to create a headquarters that will analyze the growth of housing prices. It will include representatives of the Ministry of Construction, the Federal Antimonopoly Service (FAS) and Glavgosexpertiza. As the Deputy Prime Minister said, President Vladimir Putin drew attention to the rise in prices in the country. The head of state instructed to establish the reasons for the changes in the real estate market. Khusnullin asked to analyze the situation in all Russian regions.

The President instructed to deal with the rise in housing prices in April during a meeting dedicated to the implementation of his messages to parliament in 2019 and 2020. The head of state noted that on average, the cost of housing increased by 12 percent, but in some regions the figure reached 30 percent.

Cars | With Tesla’s $ 2.48 billion worth of bitcoins, the company could make a billion account in cryptocurrency