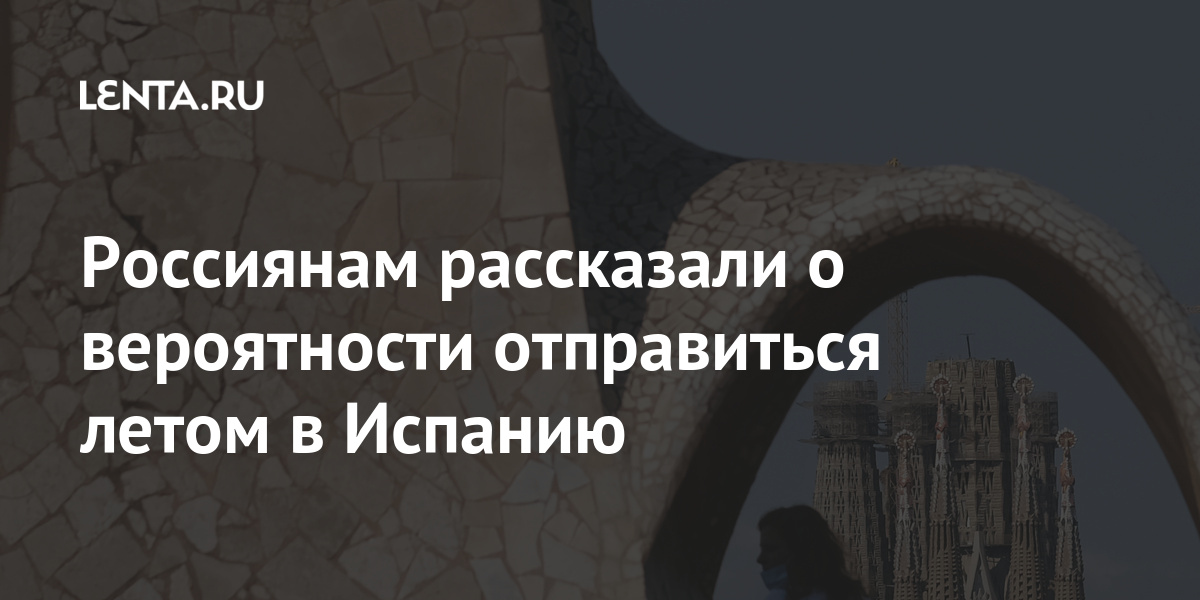 Mikhail Sidorov, a representative of the Catalan Tourism Agency in Russia, told the Russians about the likelihood of going to Spain in the summer. There is a hope that it will be possible to go to Catalonia in August-September, he said. RIA News…

Sidorov recalled that the pandemic is still ongoing, and the situation is constantly changing, either for the better or for the worse. “If one builds some cautious forecasts, then perhaps August-September may still happen in terms of a relatively full-fledged tourist season,” he said.

At the same time, Sidorov stressed that at the moment all countries are vaccinating, so one can hope that the various difficulties faced by states will be overcome in the near future. “Thanks to this, there may be a small seizure of the summer season, in August, or the velvet season, in September,” he concluded.

Earlier, the executive vice-chairman of the Exceltur tourism association, Jose Luis Soreda, spoke about the possible opening of Spain’s borders for Russian travelers, bypassing the ban of the European Union (EU). According to the speaker, the kingdom “is looking forward to tourists from Russia,” in connection with which the tourism sector urged the government to consider the likelihood of mutual restoration of the flow between the countries.

Zack Snyder's Justice League: Why Is There No Second Part?

Simeone, in turns with the drawing

Practical guide to understand (or not) the Espanyol B league