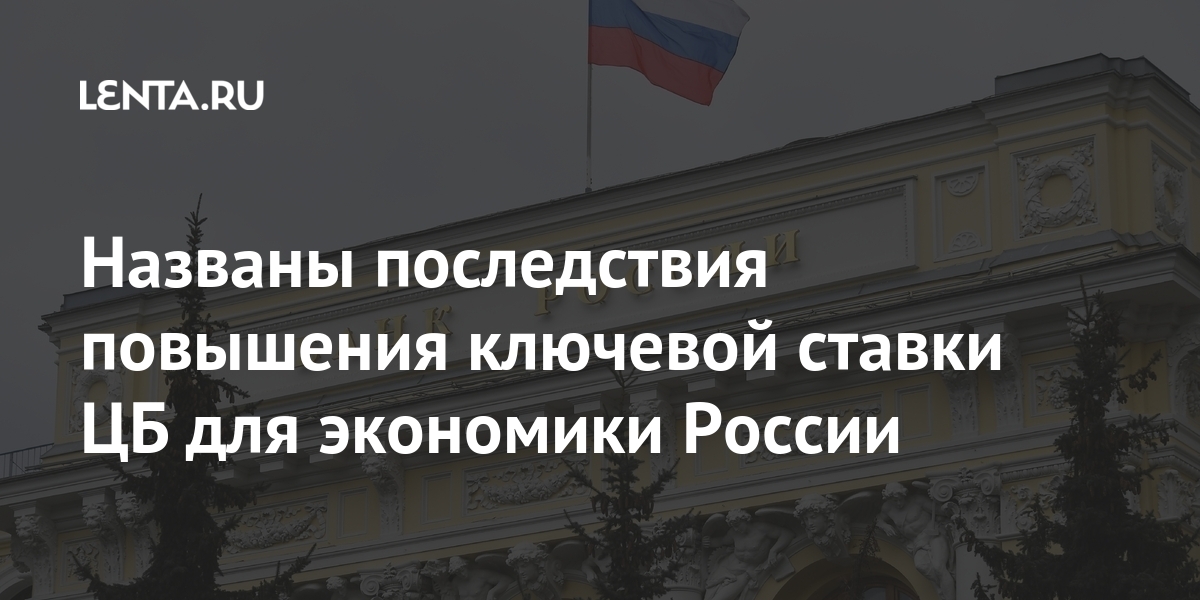 Anastasia Tarasova, an expert from the international company INV, spoke about the consequences of the increase by the Central Bank of the key rate for the Russian economy. It is reported by RIA News…

Tarasova explained that the Central Bank’s decision to raise the rate is due to a significant increase in inflation and the regulator’s assessment, according to which the country’s economy has already sufficiently recovered from the coronavirus pandemic and its consequences.

According to the expert, the increase in the rate may affect the decrease in the rate of inflation and will allow attracting foreign capital, since investors more often prefer to invest in countries with high key rates, which will entail a strengthening of the ruble exchange rate. At the same time, Tarasova warned that due to the rate hike, loans could rise in price, which would slow down the inflow of capital into the economy inside the country.

In addition, the increase in the key rate will have an impact on the stock market, Tarasova said. She believes that in this regard, the rates on deposits will rise, which will entail the yield of bonds. For this reason, a decrease in demand for shares and a slight drop in their value are possible.

At the same time, the expert pointed out that the rate increase was not global, so it is too early to talk about the serious consequences of the regulator’s decision.

On March 19, for the first time since 2018, the Central Bank of Russia raised the key rate by 0.25 percentage points – up to 4.5 percent per annum. At the next meetings of the regulator’s management, the nearest of which will take place on April 23, a further rate hike is possible. The Central Bank expects the annual inflation rate to return to the target level of four percent in the first half of 2022.