The Russians were promised long rains 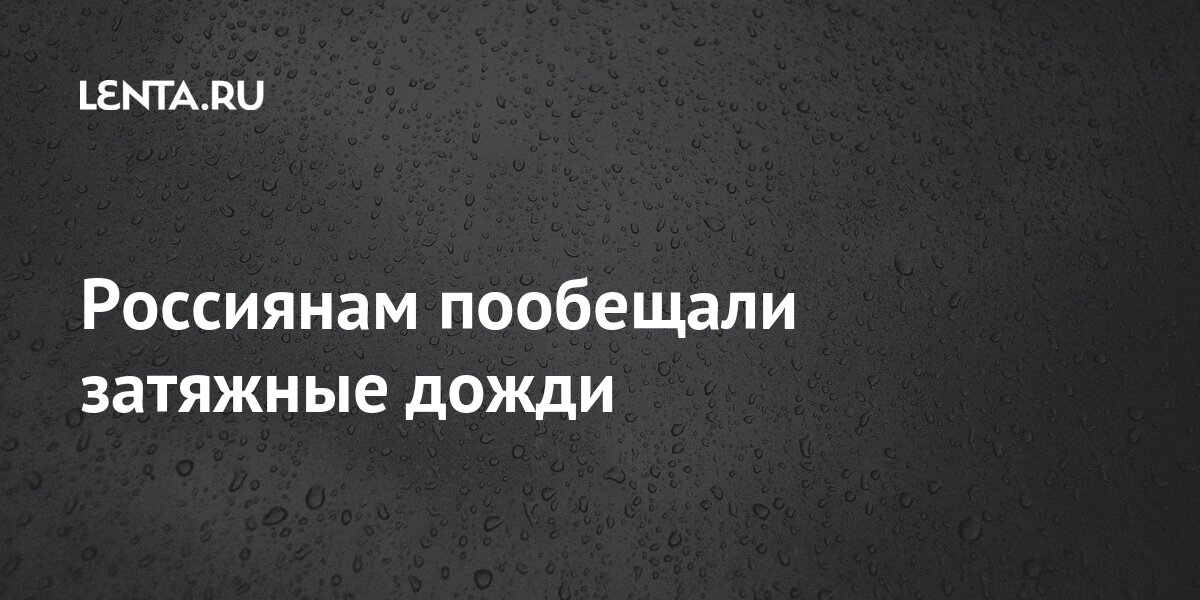 Scientific Director of the Hydrometeorological Center of Russia Roman Vilfand in an interview with TASS promised the Russians cloudy weather with prolonged rains.

According to the forecaster, a sharp change in the nature of the weather will begin. So, a well-defined cyclone is approaching Moscow, it will affect not only Moscow, but the entire Central Federal District. “The weather will be rainy, and it will not be summer rains, short-term, it will be heavy rains, long,” he said.

At the same time, Vilfand added that the air temperature will be in the region of the climatic norm.

Earlier, Wilfand said that in European Russia and in the Moscow region, in particular, the temperature in summer will be around and above normal. In this case, the weather can be patchy, but it will not be dry or damp. According to him, summer is not expected to be cold. However, one should not expect that “as the warm weather begins, so it will go to the end.” flashes of heat with drought, and prolonged rains will also occur.

Germany Four killed and one injured in a violent incident at a service center for the disabled in Germany, 51-year-old woman arrested

Stopover in Paris – The parents of the Gotan Project return with the ecological project ‘Anthropocene!’