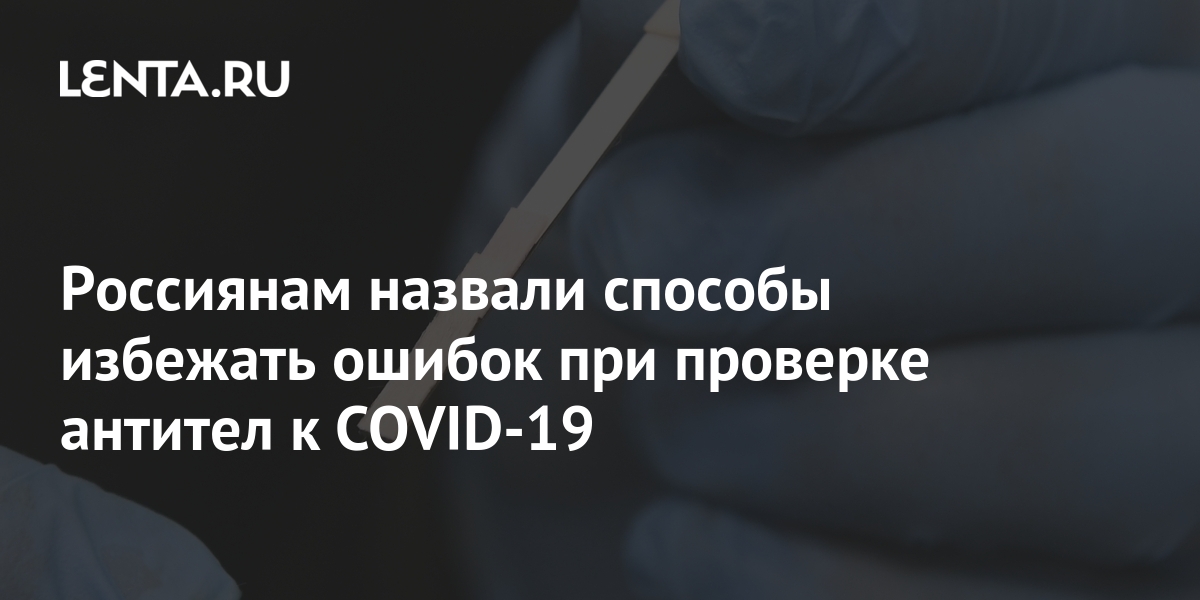 Specialists from medical laboratories told the Russians how to avoid mistakes when passing tests for antibodies to COVID-19. This is reported by RBC.

To date, there are 150 tests for antibodies to coronavirus in Russia, said Elvira Sokolovskaya, executive director of the Family Doctor network of clinics. All of them differ from each other in sensitivity, antigens and the ability to quantitatively and qualitatively assess the level of antibodies.

It is possible to compare the results obtained at different times when carrying out the same quantitative method in order to check how the level of antibodies has changed, explained Dmitry Denisov, medical director of the Helix laboratory service. According to him, each of the test systems has its own measurement indicators and values, and in order to compare the results, you must take the test in the same laboratory – thus the test will be performed in the same way using reagents from the same manufacturer.

The results of a qualitative test depend on the reagents used, according to the Medsi network of clinics. “With the aim of harmonization, that is, the ability to compare values ​​from different manufacturers or different laboratories, WHO issued the NIBSC 20/136 standard, in relation to which it became possible for manufacturers to develop test systems based on it. At the moment, there are no such registered systems in the Russian Federation, “Medsi said.

It is also important to distinguish between tests for antibodies, which are produced for different elements of the virus, and tests for different classes of antigens. An IgM antibody test can detect the acute phase of the disease. IgG antibodies begin to be produced a few weeks after the illness, they mean the development of immunity.