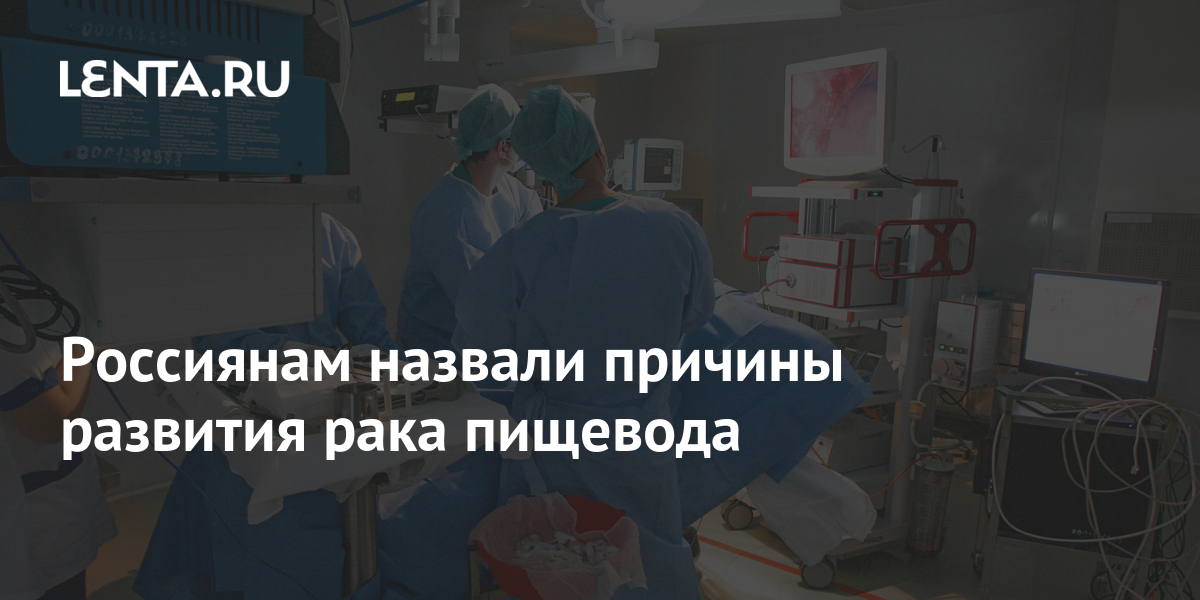 One of the main reasons for the development of esophageal cancer is the frequent consumption of food and drinks that are heated to high temperatures. She was named by the Russian oncologist Anton Filatov in interview the publication “Arguments and Facts”.

According to the specialist, due to the constant exposure to the mucous membrane of hot, regeneration processes are enhanced. As the doctor noted, the more new cells are produced, the more likely it is that a mutation will occur in one of them, which will start the process of oncology development.

In addition, an unhealthy lifestyle can be another cause of esophageal cancer. For example, unhealthy diet, and as a result, obesity, smoking and alcohol consumption. Also, one should not exclude the factor of hereditary predisposition, Filatov said.

“Gastroesophageal reflux disease (GERD) can also affect the development of esophageal cancer. This is a condition in which acid from the stomach is thrown back into the esophagus, and the lining of the esophagus changes. This can lead to mutations in cells and, as a consequence, to the formation of a malignant tumor, ”the doctor concluded.

Earlier, oncologist-surgeon Rustem Topuzov spoke about the early symptoms of stomach cancer. So, with this oncological disease, nausea and vomiting after eating, a violation of the passage of food and the appearance of a feeling of a coma in the lower esophagus can be observed. In addition, a person’s taste preferences may change.