The Russians were named signs of illegal redevelopment from neighbors 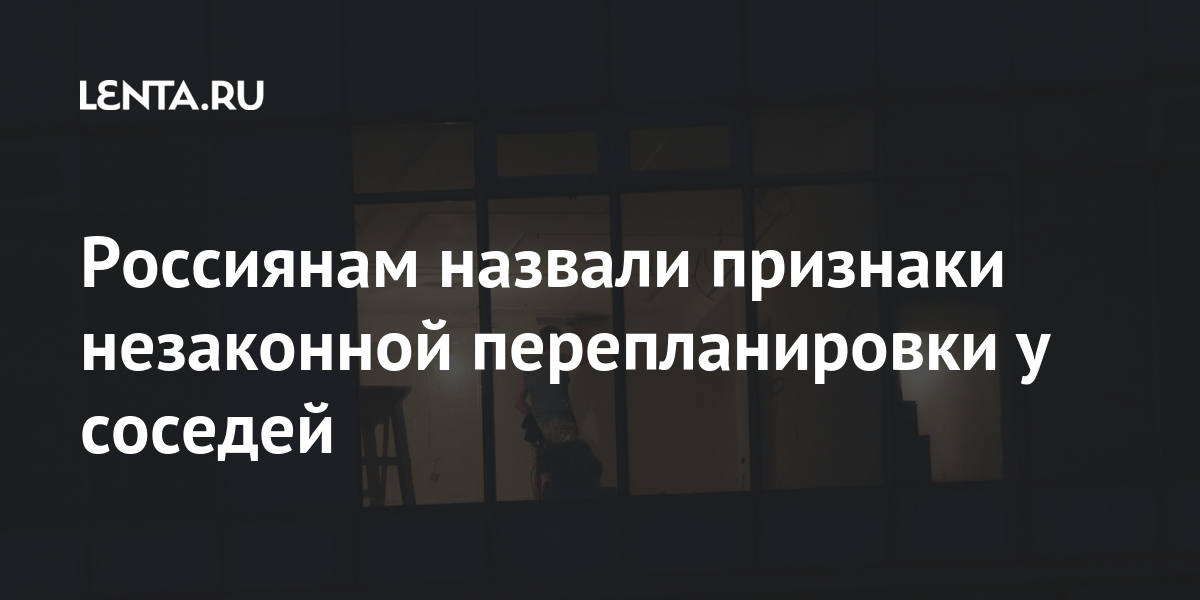 Some indirect signs may indicate that the neighbors have started an illegal redevelopment of the apartment. As a rule, this is indicated by construction debris in the entrance and noise from repairs. With complaints about such things, Russians can contact the housing inspectorate, she said in an interview with RIA News Deputy Head of the Housing Inspectorate for the Northern Administrative District of Moscow Svetlana Khavran.

“You should be guided by the building materials imported into your neighbors’ apartment. Also take a closer look to see if there are structural elements among the construction waste that is taken out of the apartment, ”Khavran said. Specifically, during redevelopment, noise from a perforator is also heard, which is difficult to confuse with something else.

The expert clarified that the redevelopment of housing is required to be coordinated with the relevant authorities and to make changes to the technical documentation of the apartment. For example, we are talking about rearranging doorways, demolishing partitions, moving a toilet bowl or stove.

Earlier it was reported that in Moscow the owner of an apartment in one of the houses on Dmitrovskoye Shosse demolished a load-bearing wall and refused to restore it. As a result, the Moscow Housing Inspectorate resorted to at least in relation to a persistent violator – depriving him of his property rights, filing a claim for the sale of an apartment at a public auction.

Armed tension grows on the border between Colombia and Venezuela, with deaths and thousands of displaced