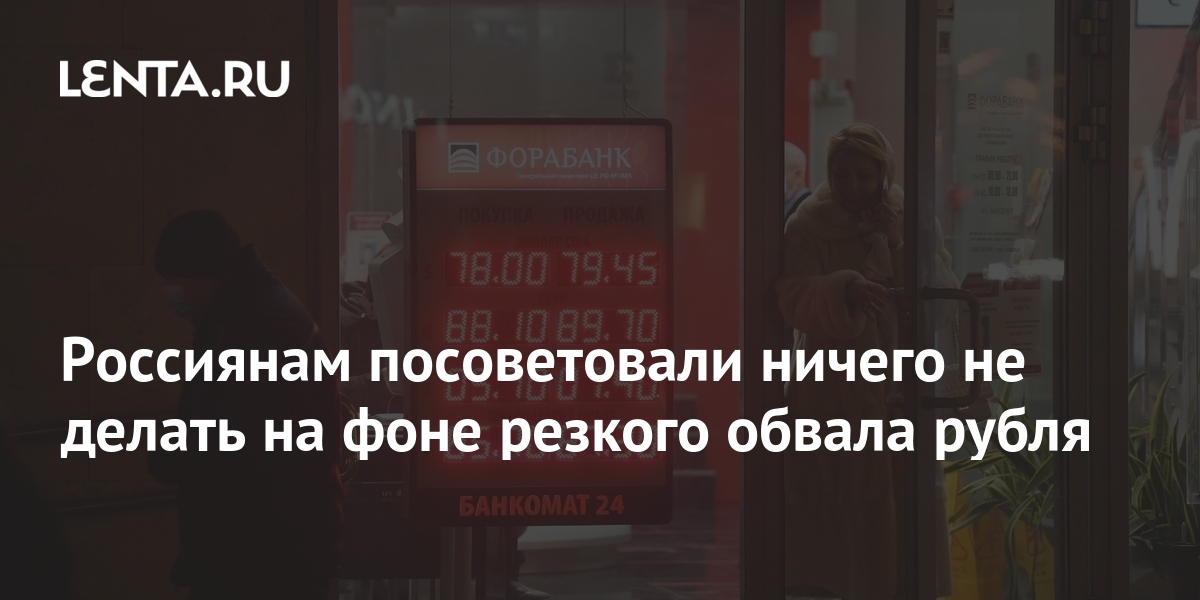 Financial analysts interviewed by Lenta.ru gave advice to Russians on the most competent and least risky investments in the conditions of volatility in the Russian stock market. According to them, the most reasonable approach would be to do nothing and wait for the situation to stabilize.

Since the beginning of 2022, several anti-record indicators have been recorded on the domestic stock market at once. The lowest values ​​over the past few months were achieved by the Moscow Exchange index and the ruble exchange rate (relative to the main world currencies). On January 26, the quotes of the Russian national currency sank sharply: the dollar rose to 80 rubles, the euro to 90. The collapse occurred against the background of another aggravation of the situation around Ukraine, which Western countries still accuse Russia of intending to attack. The reason for the sale of the ruble and the assets nominated in it was the statement of the head of the United Russia faction in the State Duma, Vladimir Vasiliev. He said that the party appealed to the country’s leadership with a request to start supplying arms to the self-proclaimed Donetsk and Lugansk People’s Republics.

Alpari Senior Analyst Anna Bodrova advises Russians not to make risky transactions and not react in any way to price fluctuations. At the same time, those who are just going to invest savings should pay attention to ruble deposits in Russian banks. “Ruble deposits as a conservative tool for saving money are probably the most preferable option – because the rate is slightly lower than inflation, but not significantly. In terms of security, such an investment is now preferable, ”says Bodrova.

For those who have stocks of foreign currency in cash, the specialist advises to keep them: “The ideal approach is when, on the wave of market emotions, one manages to keep a cold mind and not do anything ahead of the curve. It is better to wait for stabilization time and only then make decisions. Emotions are a bad adviser when making financial decisions.”

However, at the moment it is not advisable to buy the dollar, euro and other foreign currencies, since they are close to the peaks of their value. “To do this, you need to wait until the market corrects by at least ten percent,” Bodrova notes.

This can happen when the geopolitical background levels off, diplomats stop exchanging “courtesies” with each other and finally leave the currency alone.

Dmitry Polevoy, Investment Director of Loko-Invest, gives similar advice: “In such conditions, for the purposes of medium-term savings, it is better not to panic and stick to standard strategies. Due to rising rates in rubles, most of the funds can still be kept on deposits and / or in high-quality bonds promising seven to ten percent per annum.

According to him, a smaller part of personal savings can be kept in foreign currency, while investing in banking or exchange instruments. However, it should be understood that the reliability of the currency will be compensated by a lower yield compared to ruble assets. This is especially important in conditions of high inflation. At the end of 2021, it amounted to 8.4 percent.

“As for possible assets, after the current correction, we can carefully build a portfolio in stocks, although here we can see even lower levels. In bonds, regardless of their term, there are still risks of negative dynamics due to the continued potential for raising the Central Bank’s rate in the coming months, ”says Polevoy, adding that federal loan bonds (OFZ) with a floating coupon may become especially attractive in the near future pegged to the level of inflation or to the key rate of the Central Bank.

Anna Bodrova from Alpari recalls that the Russian authorities, primarily the Central Bank, will take measures and try to prevent further weakening of the ruble. “To do this, he [ЦБ] need to bring a trillion to the market [рублей в валютном эквиваленте] in a day. This is a huge amount. He has it, but he is unlikely to take such decisive steps now. He will slowly level the course, stabilizing the situation, ”says the interlocutor of Lenta.ru.

One of the manifestations of such a policy is the suspension of the purchase of foreign currency by the Ministry of Finance (as an agent of the Central Bank) in the domestic market within the framework of the budget rule. According to it, oil and gas super-revenues of the budget (in the form of a mineral extraction tax and an export duty) at a price of oil above a predetermined and prescribed level in the budget are directed to the purchase of foreign currency on the domestic market and credited to the National Welfare Fund (NWF). In mid-January, the Ministry of Finance suspended purchases, seeking to reduce the demand for foreign currency and the ruble supply.

These steps will certainly bring an effect, but for this it is necessary that non-residents stop rocking the market and withdrawing huge sums from there. This will take time, during which [со сбережениями] it’s better not to do anything

Everything goes according to plan

In turn, Anton Shabanov, head of the block of investment products “Opening Broker”, advises in any situation to build on a pre-selected and calculated financial plan. “Investing is not just “I’ll go and invest in something and earn the more the better.” With this approach, you need to go to MMM – there is the maximum income. Another issue is that no one has ever seen him. It’s the same with the markets. You (…) have a clear, calculated plan, you have specific goals in terms of terms, profitability, amounts, and you strive for them thanks to some financial instruments,” says Shabanov.

At certain moments of crisis, it is worth deviating from the plan, he notes: “There is nothing wrong with that. It’s not a static thing, it gets revised sometimes, and that’s okay. It can’t be that you are saving for your retirement, you started at 20, and you have a goal to save up to 65. And now you are saving and have never changed anything in your financial plan. The world is changing, laws are changing, realities are changing – everything around is changing.”

At the same time, fluctuations in the markets are often not able to greatly disrupt the plan, especially if it is long-term and is designed, for example, to save money for retirement. In this situation, the interlocutor of Lenta.ru also advises not to make drastic decisions. “Don’t touch what works. What for? It is also impossible to talk about the specific parameters of a plan change in the abstract, in isolation from your personal goal. Even if you just want to earn more, it still provides for some specific goal,” Shabanov sums up.

You need to ask yourself: more is how much? 100 rubles, 100 percent per annum or what? And the question of greed, “more than”, well, this is for psychologists

Anton ShabanovHead of the block of investment products “Broker Opening” 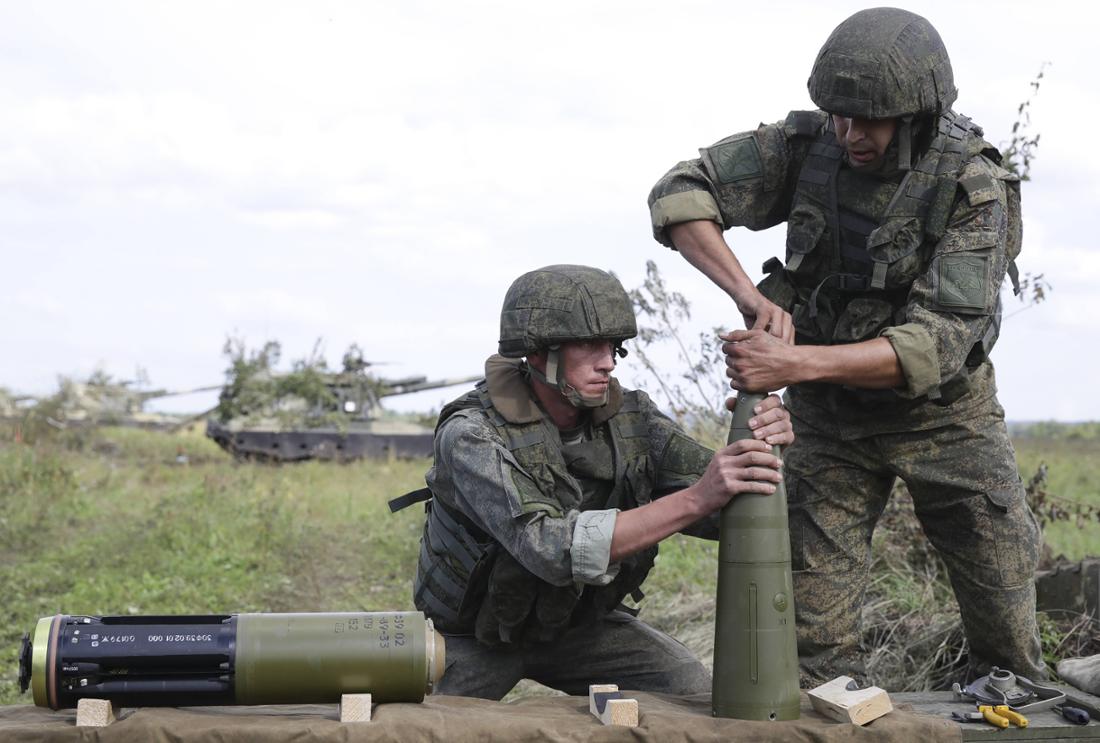