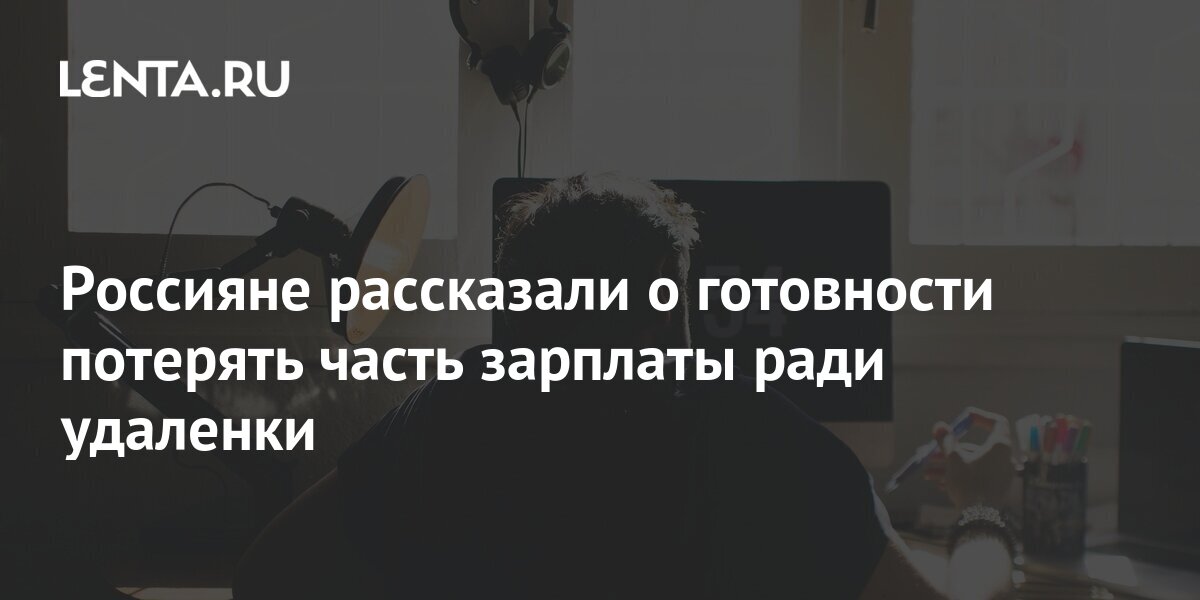 A third of the Russians surveyed (33 percent) said they were ready to cut part of their salaries in order to switch to remote work. This is stated in the study of the Superjob service, reports RBC.

At the same time, 40 percent of the respondents refused to lower their salary expectations for the sake of switching to remote work, and another 27 percent found it difficult to answer the question.

Those who are ready for monetary concessions in order to work from home are more among young people under 24, as well as respondents with a salary of less than 30 thousand rubles (43 percent each).

At the same time, a large share of Russians surveyed is ready to give up part of their earnings to work at home – not a third, as in the case of a remote job, but 48 percent. However, on average, respondents are ready to give up money in order to work from home in the amount of 9 percent of their salary.

Earlier it was reported that the largest salary at a remote location in August in Russia is offered to a developer who speaks the Flutter programming language. So, the company for the development of mobile applications Flutter-developer is ready to pay up to 300 thousand rubles.

Neuroprosthesis allows a man with paralysis to communicate