The Russians named the regions with the worst living conditions 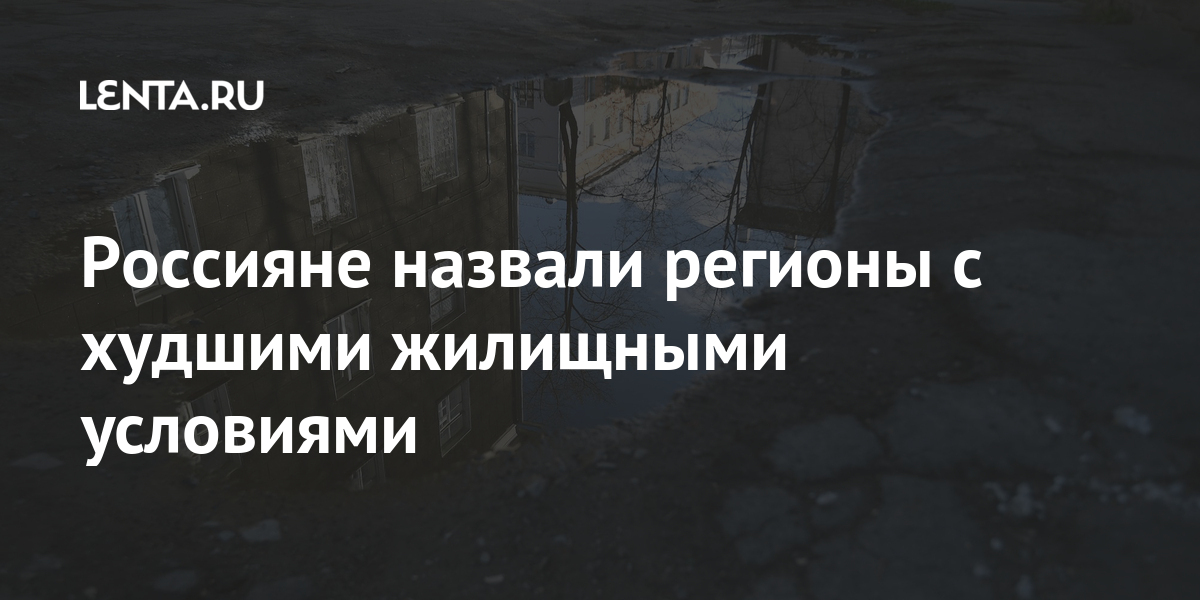 Specialists of the international audit and consulting network FinExpertiza conducted a study and named the regions of Russia, the residents of which are most dissatisfied with their living conditions. The leader of the rating is the Republic of Karelia. This is stated in the material received at the disposal of “Lenta.ru”.

Analysts conducted a survey in 60 thousand households across the country and asked the owners how they are satisfied with the state of communal infrastructure and housing, including such parameters as “dampness or freezing of walls and floors”, “noise from neighbors”, “problems with electricity”, ” poor illumination of approaches to the house ”and others. Points were distributed between the regions depending on the level of dissatisfaction.

“Everything is falling apart”

Debts, leaks and mountains of garbage: how several thousand Russians became hostages of the management company

Ice is melting between us

The homes of millions of Russians are threatened by the melting permafrost. How to save the Russian Arctic?

As for the regions, the residents who were satisfied with the housing and communal conditions, the situation is best in the Chechen and Kabardino-Balkarian Republics – 1.01 and 2.13 points, respectively. The top 5 “satisfied” regions also included Sevastopol (3.45 points), Belgorod (4.98 points) and Bryansk (5.35 points) regions.

Earlier in April, FinExpertiza experts named the regions of Russia with the noisiest neighbors. The leader of the rating is the Magadan Region. Khabarovsk Territory and Karelia were also in the top 3 of the list, where almost 31 and 27 percent of respondents complained about the noise of neighbors, respectively. Least of all from noisy neighbors suffer in Kabardino-Balkaria, Kalmykia and Chechnya.

Germany Armin Laschet, who aspires to succeed Merkel, received support from the party leadership, but the game is not clear

Alfred Molina reveals how Doctor Octopus will arrive in Spider-Man: no way home