The Russians named the optimal cost of air tickets to Turkey 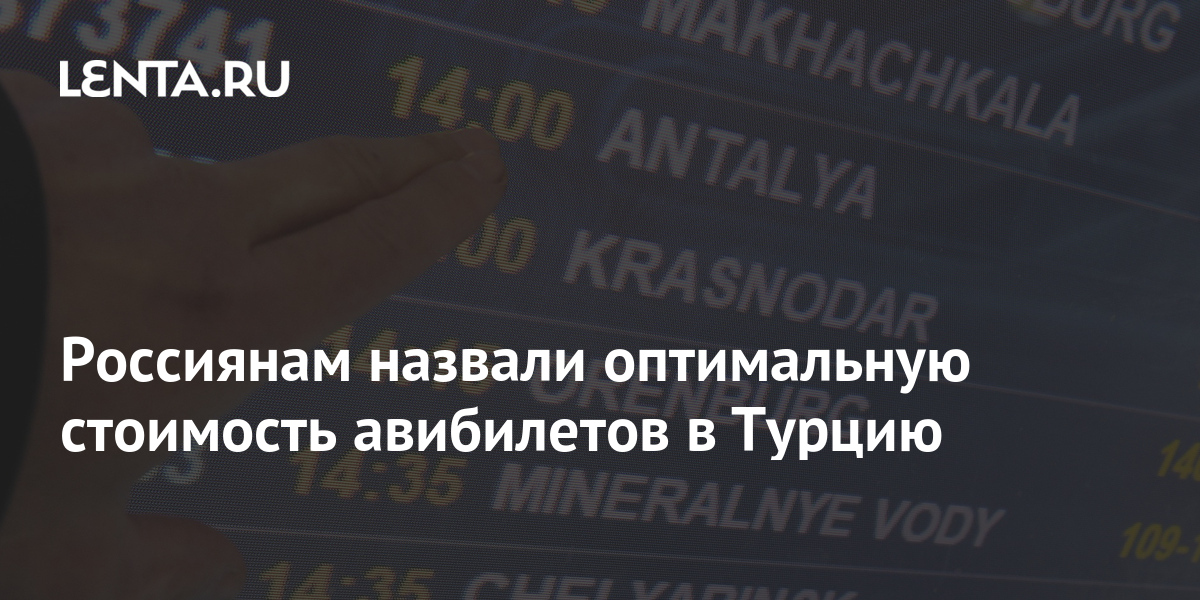 The cost of tickets on the route Moscow – Antalya on the first day of the resumption of flights to Turkey starts from 14 thousand rubles. It is reported by RIA News with reference to the data of the service for booking air tickets Aviasales.

According to analysts, the demand for this area has increased 2.7 times – increased interest is observed in all large Russian regions. The experts also named the optimal cost of air tickets to other Turkish cities. So, a flight to Istanbul from Moscow and back will cost 19 thousand rubles, to Dalaman – 8 thousand, to Ankara – 22 thousand, to Gazipasha – 23 thousand rubles.

Moreover, on website The Association of Russian Tour Operators clarifies that Pegasus, S7 Airlines, Aeroflot, Pobeda, Russia, Turkish Airlines, Azimut and UTair have announced the launch of regular flights. Flights will be operated not only from the capital, but also from the regions.

Earlier, the operational headquarters for the fight against coronavirus announced a full-scale resumption of flights with Turkey on June 22. According to the head of the headquarters and Deputy Prime Minister Tatyana Golikova, the decision to lift the restrictions was made on the basis of the conclusion of the Russian inspection group. According to the results of the check, all the regulations that help curb the spread of infection are being observed in the country.