The Russians named the most attractive areas for starting a business 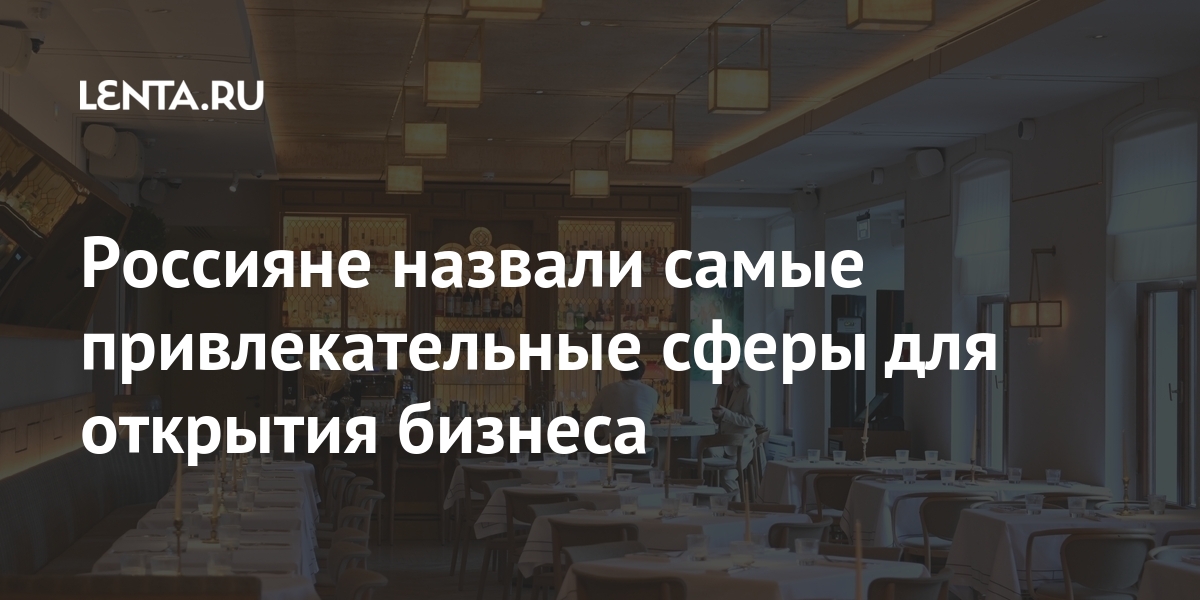 The most attractive area for starting a business turned out to be catering. Thus, 27 percent of Russians surveyed by the Rabota.ru service replied that they are considering the possibility of opening a cafe or restaurant. Reported by RT.

In second place were enterprises in the field of agriculture and farming. This option was chosen by 25 percent of the respondents. The three leaders are closed by the field of transport and logistics, in which 21 percent of respondents would like to open their own business.

In addition, the construction industry turned out to be popular, business there is considered by 17 percent of Russians. 13 percent would like to start a business in IT, 11 – in education, 10 – in marketing, advertising and PR. The respondents named retail as the most attractive – only 6 percent of respondents think about their business in this area, another 3 are considering the sphere of protection.

According to Russians, the most suitable cities for starting a business are Moscow, St. Petersburg, Sochi, Krasnodar and Novosibirsk. More than 2.7 thousand residents of all regions of the country who would like to open their own business took part in the survey.

Earlier it turned out that more than half of Russians (51 percent) would like to open their own business and become businessmen in the future. At the same time, 46 percent of respondents admitted that they do not want to start an entrepreneurial activity, and 3 percent already have their own business.

The end of the nightmare in strikes