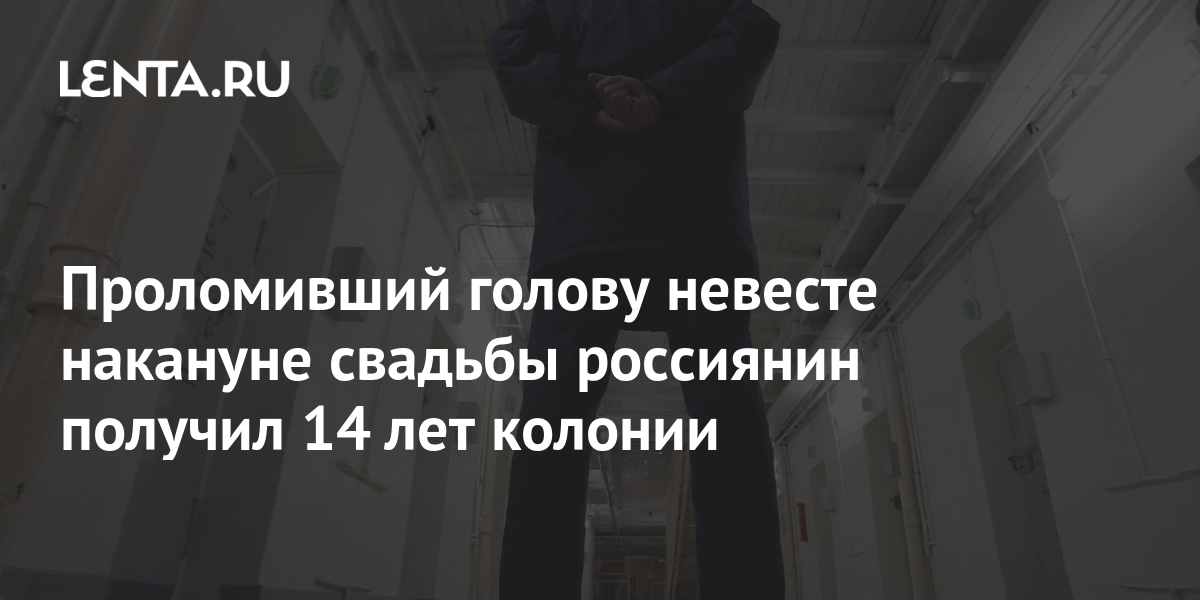 The Russian, who killed his bride on the eve of the wedding, received 14.5 years in a strict regime colony. It is reported by Telegram-channel LIFE SHOT.

According to the investigation, the murder took place last summer. Young people quarreled a few weeks before the wedding. CCTV cameras managed to record how the attacker hit a 26-year-old girl on the head at the entrance.

Having dealt with the victim, the groom hid for about three weeks, after which he was detained in the Rostov region.

After a while, police officers found the body of the murdered woman with many bruises and a broken head. The face of the deceased was disfigured.

In early June, it was reported that a court in Voskresensk sentenced Vladimir Vorobyov, who killed his wife in front of kindergarten pupils, to 11 years in prison. Out of jealousy, he stabbed the teacher 18 times with a knife in the neck, chest and arms. The woman died on the spot from her wounds.