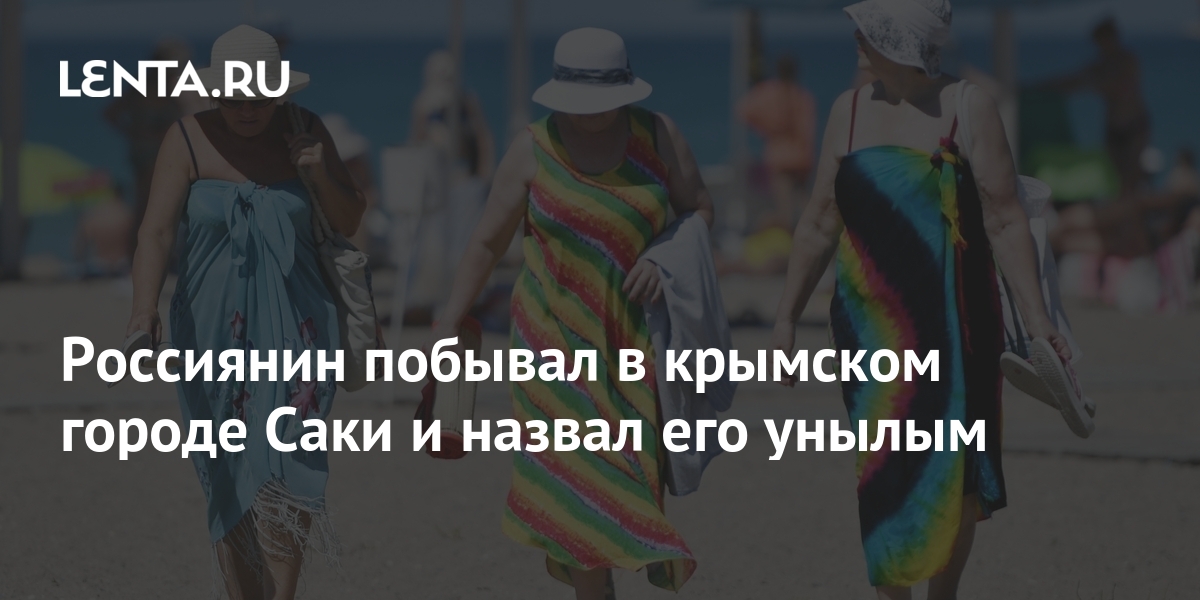 The Russian traveled to the Crimean city of Saki near Evpatoria and described it with the phrase “it doesn’t smell like a resort here.” The man shared his observations on his personal blog on the platform Yandex.Zen…

So, the author of the article called the Crimean city dull and depressive because of the old Soviet five-story buildings and noisy road repairs. He also drew attention to the fact that the settlement is actually located not near the Black Sea, but on the shore of the Saki reservoir.

“It is rather difficult to get to the sea without your car. And certainly there is no option when you can walk to the sea and immediately wear swimming trunks, ”the tourist noted.

Nevertheless, on the streets of the city, the traveler noticed a large number of vacationers, who, in his opinion, are attracted by the low cost of housing – according to him, one-room apartments can be rented for one thousand rubles a day, while in neighboring Evpatoria prices start from three thousand rubles.

“Why do we need such savings if rest turns into hard labor? And most importantly, how does it differ from resting at home on a local river? ”- reasoned the Russian.

Earlier in July, a Russian tourist visited Crimea after heavy rains and described the trip with the phrase “I’m out.” According to him, after the rains, the sea in the resort town of Koktebel became muddy and dirty, garbage floats in the water. The man noted that such a picture can be observed not somewhere on the outskirts, but in the very center, near “decent” four-star hotels.