The Russian opponent Navalni, transferred to the prison infirmary 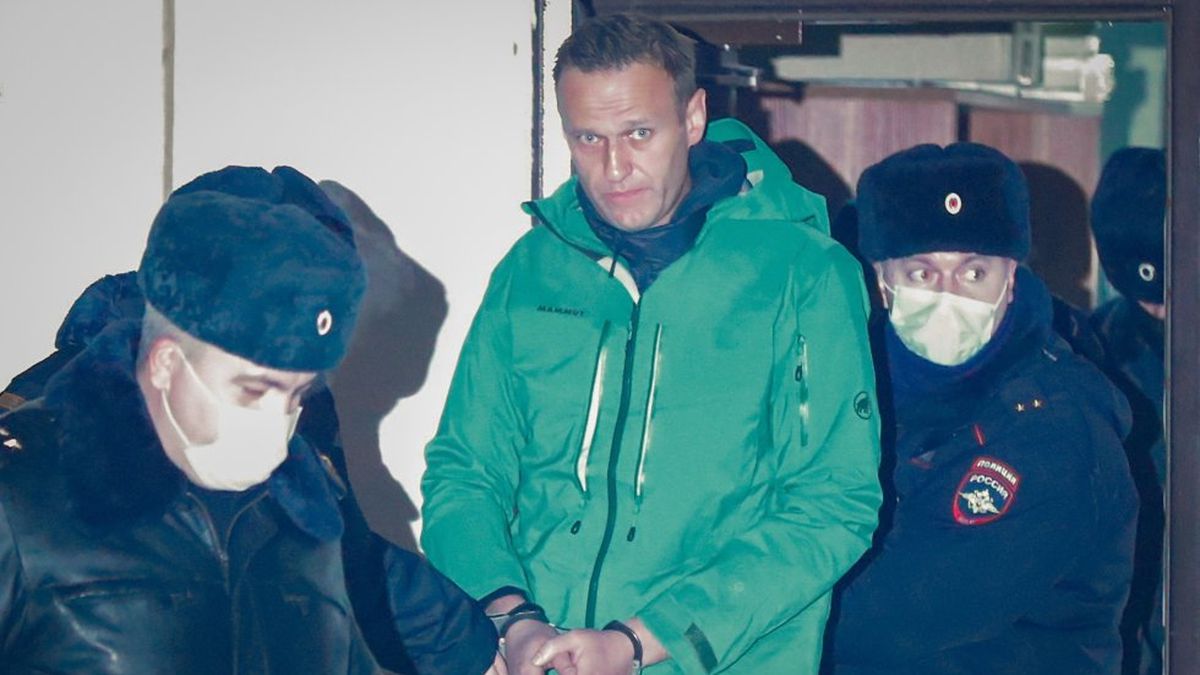 The health of Alexéi Navalni, who has been on a hunger strike for a week, has deteriorated. The prominent Russian opponent, imprisoned in a severe penal colony a hundred kilometers from Moscow, has been transferred to the prison infirmary with signs of a respiratory disease, according to the doctors of the prison system have informed Russian state media. His lawyers, who have been able to see him, assure that he is “in quite bad shape.” “This man is seriously ill,” his lawyer Olga Mikhailova told Echo Moscow radio. “It is a complete outrage that [el penal] IK-2 has led him to this situation ”, he insisted.

Navalni, the most visible and sharp critic of Russian President Vladimir Putin, claims that he has a 38.1 ° fever and cough. The colony’s toilets have tested him for coronavirus, according to the pro-Kremlin Izvestia newspaper. But the opponent has assured in a publication on his social networks – which his team maintains with the messages he sends through his lawyers – that several prisoners from his ward have been transferred to the hospital with tuberculosis, a disease still entrenched in the prison system Russian. The activist, with his usual acid and black humor, joked that perhaps the tuberculosis could distract him from the back pain and numb legs that he suffers.

The well-known anti-corruption activist, who recovered from a severe poisoning suffered last summer in Siberia and blamed the Russian leader directly, is serving a two-and-a-half-year sentence for violating the probation of a controversial old sentence while in Germany receiving treatment. from the poison attack.

The opponent has denounced that, since his arrival, the authorities of the penal colony are denying him adequate medical attention and are subjecting him to what they consider to be “torture” of sleep deprivation, since he has been declared a prisoner at risk of escape and during the night a guard wakes him up every hour to verify that he has not fled.

Navalni, who voluntarily returned to Moscow despite knowing that in all probability he would be arrested and prosecuted, began a hunger strike on March 31 due to the authorities’ refusal to receive a visit from a specialist doctor to see him and treat him. .

His personal doctor, Anastasia Vasilyeva, came to the gates of the penal colony in Pokrov on Tuesday, along with a dozen other health workers, members of the Alliance of Doctors, a union related to the Russian opposition and led by Vasilyeva, to demand health care for Navalni. The doctor, who was seriously concerned about the health of the opponent, warned that it could still get worse without proper care before being arrested along with a dozen people who were concentrated next to the prison.

Navalni has been asking for weeks that he at least be transferred to the hospital. The authorities have insisted that they are giving him the necessary attention. However, this Tuesday, his wife, Yulia Naválnaya, published on her Instagram account a letter sent by the prison director in which she points out that she cannot send her husband to the hospital because she does not have his passport. Something that Naválnaya has considered a mockery.

The authorities of the region where the prison is located have even accused Navalni of lying and faking his symptoms. The Kremlin has also remarked that Navalni receives the necessary medical attention. A few days ago, several state television channels broadcast video surveillance images of Navalni walking through the penal colony, in an attempt to show that he can do it without pain. Although the images were fuzzy and it was not determined when they were recorded.

Working in the future: longing for the office - but only a little

Change at the top of the publishing house: Julia Jäkel leaves Gruner + Jahr

The Ibex loses 8,400 with the collapse of tourism and BBVA