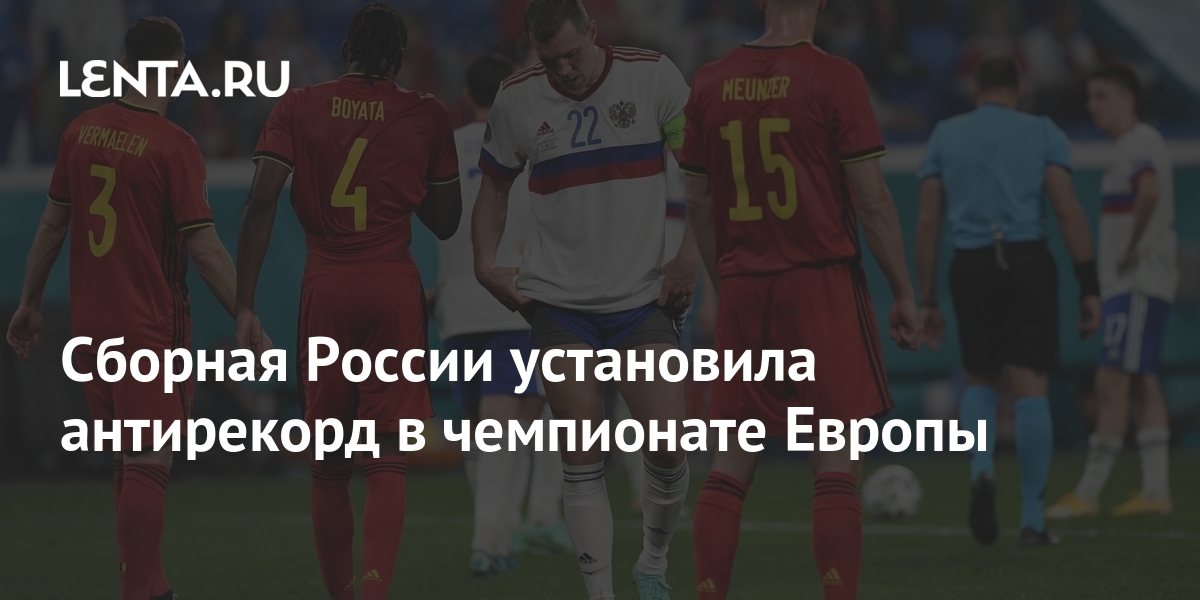 The Russian national football team set an anti-record in the European Championship, losing to the Belgian team. As reported in Twitter Gracenote Live is the biggest home defeat in Euro history.

😔 – Russia’s🇷🇺 3-0 defeat against Belgium🇧🇪 is the biggest losing margin for a nation playing at home in the history of the EUROs. # EURO2020 #BELRUS

So, Stanislav Cherchesov’s wards lost the day before with a score of 0: 3. The match took place at the Gazprom Arena in St. Petersburg. In the tenth minute, Belgium striker Romelu Lukaku opened the scoring. On 34 minutes, the national team defender Tom Meunier increased the team’s lead. In the 88th minute, Lukaku scored a double.

On June 16, the Russian national team will play with the Finnish national team. The match will take place at 16:00 Moscow time.