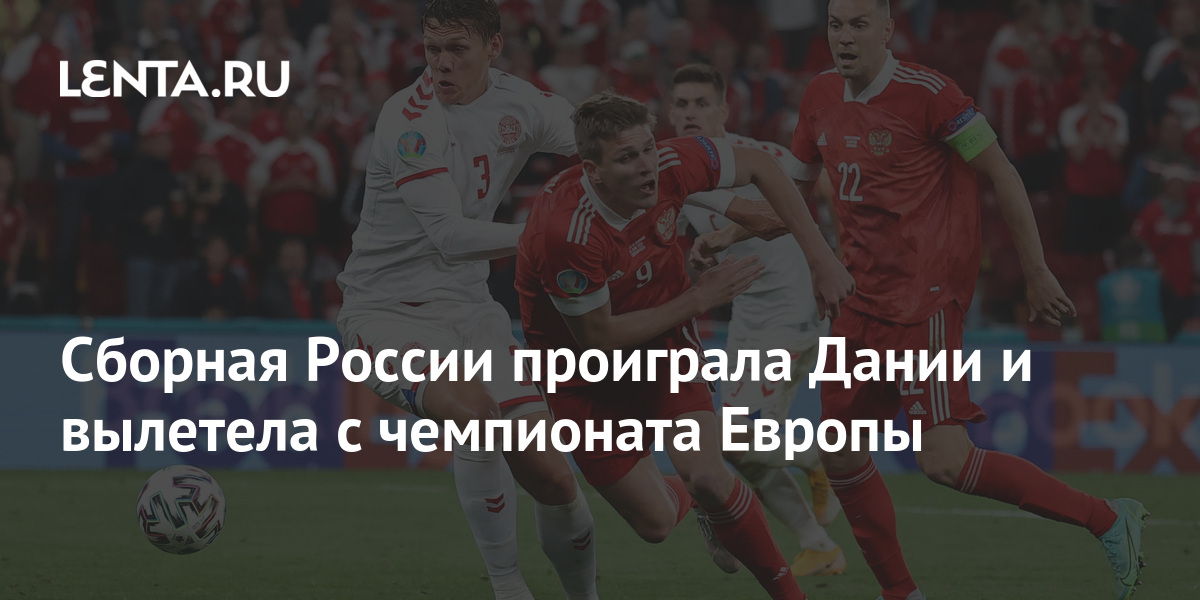 The Russian national team lost to the Danish team in the match of the third round of the group stage of the European Championship. The correspondent of “Lenta.ru” informs about it.

The meeting took place in Copenhagen. The score was opened by the home team – Mikkel Damsgaard hit the gates of the Russian national team in the 38th minute. Already in the second half, after the mistake of Roman Zobnin, the Danes again upset the goalkeeper of the Russian team Matvey Safonov. Artem Dziuba won back one goal, having converted a penalty kick in the 70th minute. After that, the Danish national team players scored twice. First, in the 79th minute, Andreas Christensen scored a goal, then Joakim Mekle hit the Safonov goal.

After the failure, the team of Stanislav Cherchesov dropped to fourth place in the group and was eliminated from the European Championship, despite the equality of points with Finland. The Finnish team overtook the Russian team thanks to the best goal difference.