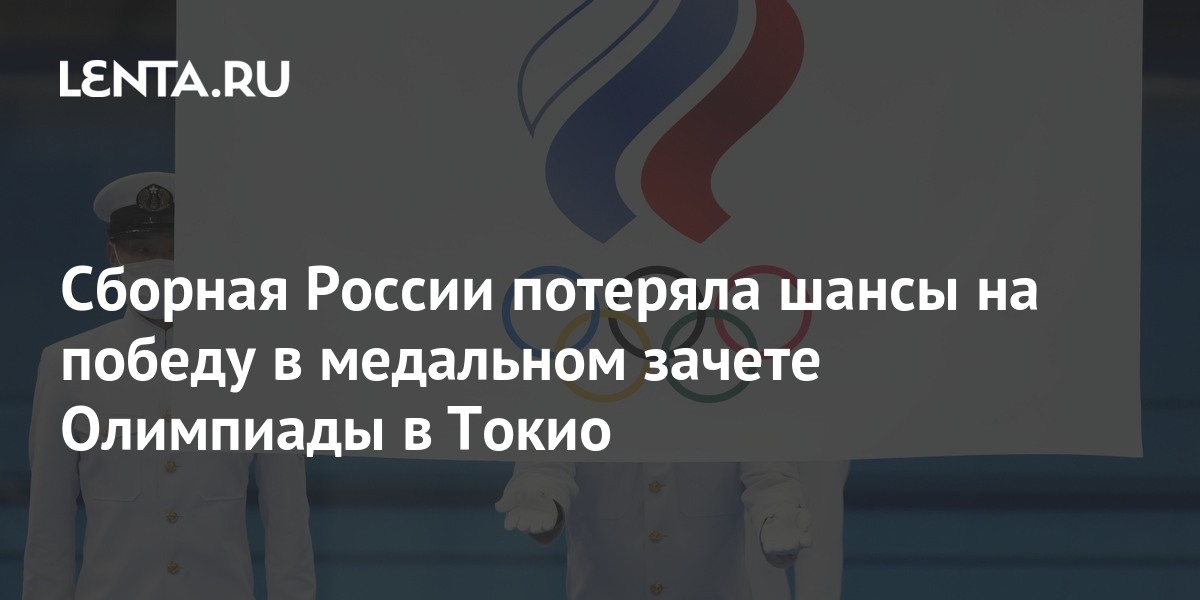 The Russian Olympic Committee (ROC) team has lost its chances of winning the medal standings of the Tokyo Olympic Games. On Friday, August 6, reports TASS…

At the moment, the Russian team is in sixth place in the rating, with 16 gold medals in its assets. The Chinese team is in the lead with 34 gold medals. In the last three Olympic days, the ROC team will compete for 17 gold medals, which means they will not be able to catch up with the Chinese.

On August 6, the Russians won three medals at the Olympics, but did not win gold. Boxer Zenfira Magomedalieva won the bronze medal, Muslim Gadzhimagomedov won the silver, and Gulnaz Khatuntseva and Maria Novolodskaya finished third in the Madison cycle track.

The Olympic Games in Tokyo will run until August 8th.