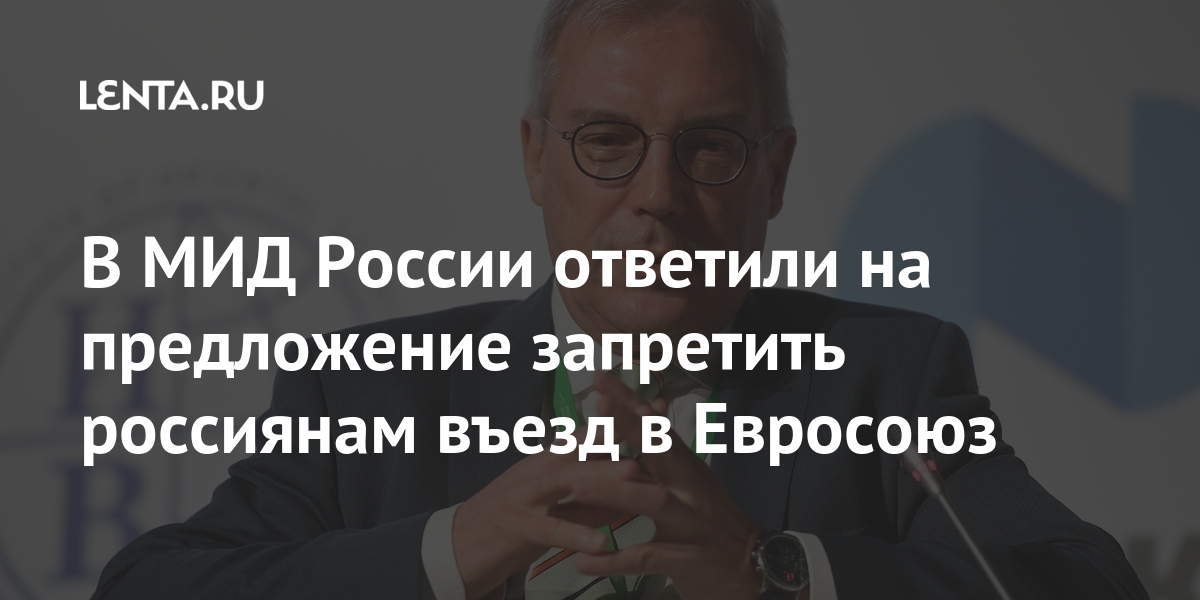 Russian Deputy Foreign Minister Alexander Grushko gave advice to former Estonian President Toomas Hendriks Ilves, who proposed to prohibit Russian citizens from entering the EU, to communicate with the authorities of Turkey and Greece about the importance of the Russian segment in tourism. RIA News…

“He should have talked with the leaders of countries such as Turkey and Greece about the importance of tourism and its Russian segment in particular,” the deputy foreign minister said.

Earlier, the ex-President of Estonia Toomas Hendrik Ilves compared Russia with Hitler’s Germany and proposed to ban all Russians from entering the territory of the European Union. The State Duma responded by saying that the proposal is aimed at pleasing the United States, and is not supported by anything.

Riyadh .. Arrest of two people who assaulted a security guard in a store

Leganés, concerned about an ‘adulterated’ playoff with the public