The Russian Foreign Ministry commented on the situation in Myanmar 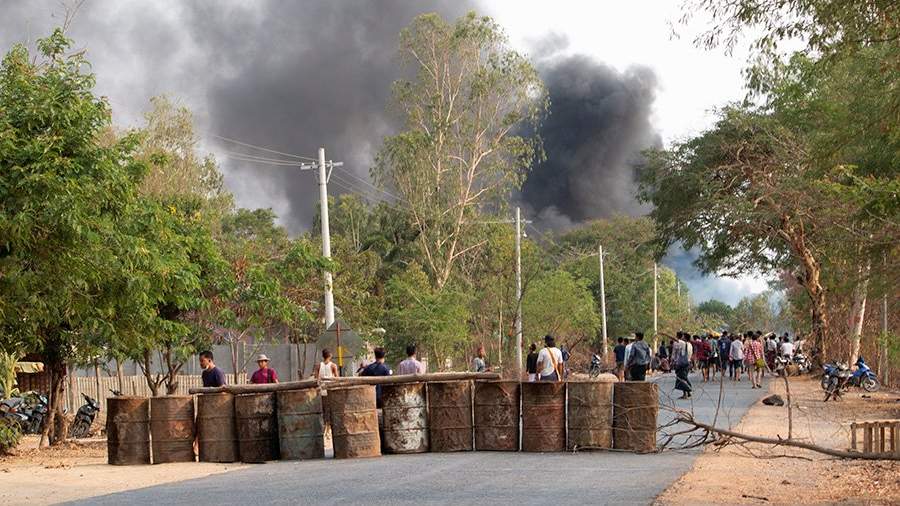 Moscow strongly condemns the violence against peaceful protesters in Myanmar and calls on all parties to engage in dialogue. This was announced on Wednesday, April 21, by Pyotr Ilyichev, Director of the Department of International Organizations of the Russian Foreign Ministry.

“The UN Security Council is closely following developments in Myanmar and strongly condemns violence against peaceful protesters, and emphasizes the need for peaceful dialogue and reconciliation in accordance with the will and interests of the people of Myanmar. Russia fully shares this balanced position “, – quotes the words of the diplomat”RIA News“.

According to Ilyichev, Moscow is confident that “in order to avoid further escalation, the UN Security Council should continue to insist on dialogue between all interested parties.” It is necessary to help Myanmar get out of the current difficult period of its history with dignity, the diplomat noted.

“Consistent adherence to the principle of non-interference in the internal affairs of a sovereign state should become an indispensable condition for the efforts being made. The solution to the problems arising in the country must be found by the Myanmans themselves, and the role of the international community is to assist them in this matter, ”concluded Ilyichev.

In addition, the Russian Foreign Ministry noted that accusations by the West of the illegality of military-technical cooperation between the Russian Federation and Myanmar are false.

Since the beginning of February, protests have not abated in Myanmar after the military coup, during which state power was transferred into the hands of the commander-in-chief of the armed forces, General Hlein. President Vin Myin and State Counselor Aung San Suu Kyi were detained. The move came after several days of escalating tensions between the government and the military, which did not recognize the results of the November elections in the country.

The organizers of the coup d’etat declared a state of emergency in the country for a period of one year. Protesters took to the streets calling for the reestablishment of a civilian government under Aung San Suu Kyi and a return to democratic reform.

In early April, the representative of the UN Secretary General Stefan Dujarrik said that the organization is concerned about the continuing violence in Myanmar, as a result of which at least 568 people have died since February. According to him, the real data on the victims may be higher.

Estonia | In Estonia, pension savings can be taken for personal use even immediately, and one in five Estonians also intends to do so: “I know I will do better when I invest the money myself”