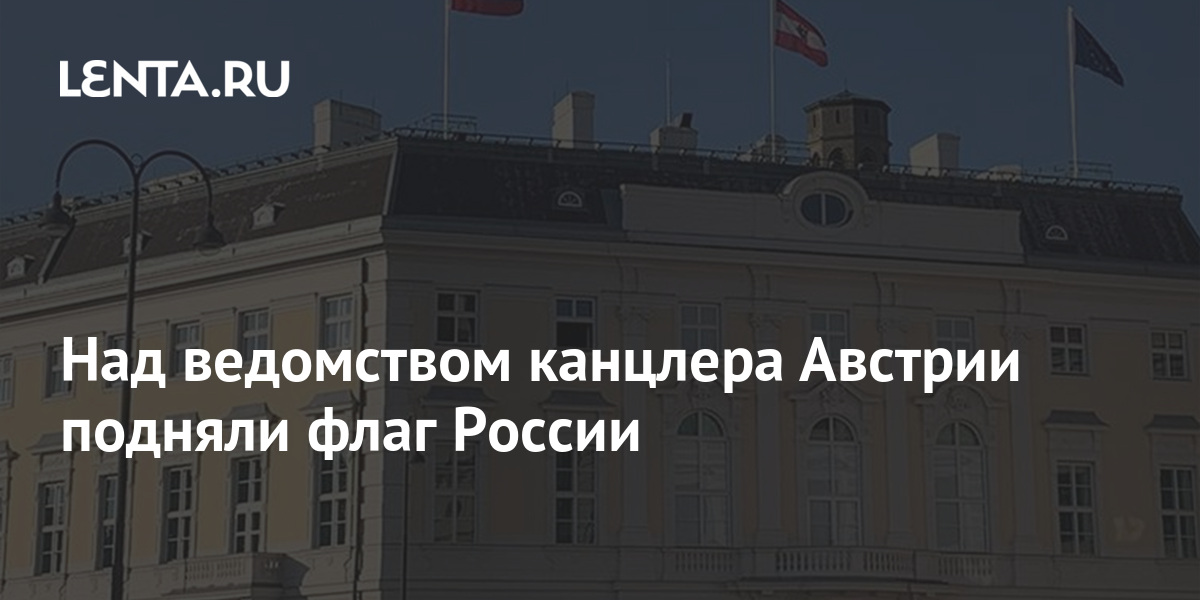 The Russian flag was raised over the building of the Office of the Federal Chancellor of Austria in Vienna. This was done on the occasion of the politician’s meeting with Russian Foreign Minister Sergei Lavrov, Foreign Ministry spokesperson Maria Zakharova reports in her Telegram-channel.

Zakharova also posted a photograph of the building. In the next post, she posted a picture of Lavrov with Austrian Chancellor Sebastian Kurz.

Earlier it was reported that Lavrov invited Austrian Foreign Minister Alexander Schallenberg to visit Moscow and Crimea. “The more people come to Crimea, the more objective their perception of what is happening on the peninsula, in this region of the Russian Federation, becomes,” he said.

Lavrov is the leader of the federal list of “United Russia”, is one of the top five in the elections to the State Duma of the Russian Federation.