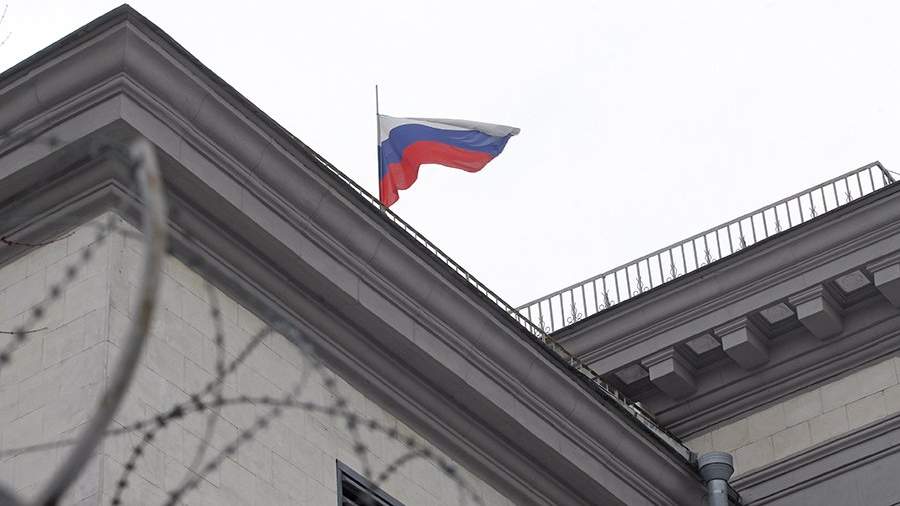 The Russian Embassy in Kiev has not yet received documents on the expulsion of the senior diplomat. This was announced on Saturday, April 17, by a representative of the diplomatic mission “RIA News“.

“We have not received anything through official channels so far,” the embassy said.

It was reported that the decision was made in response to the expulsion of the Ukrainian consul Alexander Sosonyuk from Russia. The Ukrainian ministry clarified that they consider Russia’s actions “a gross violation of the Vienna Convention on Diplomatic Relations of 1961 and the Vienna Convention on Consular Relations of 1963.

Prior to that, the Russian Foreign Ministry announced the expulsion of Sosonyuk, who was caught red-handed by the FSB while receiving confidential information from a Russian citizen in St. Petersburg. In this regard, the consul was ordered to leave Russia within 72 hours starting from April 19, the Foreign Ministry said.

The arrest of the Ukrainian consul became known on the morning of April 17. According to the FSB, he was caught red-handed while receiving classified information from a Russian citizen. The secret service indicated that measures will be taken against the diplomat in accordance with international law.

Withdrawal of the Bundeswehr: Kramp-Karrenbauer wants to bring Afghan employees to safety