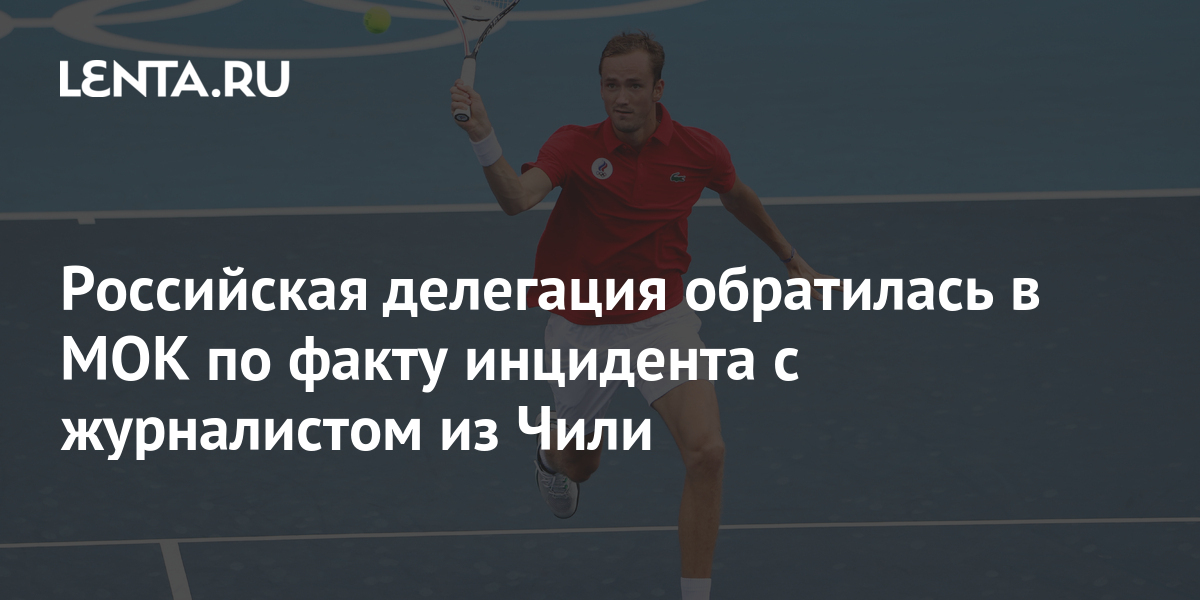 The Russian Olympic Committee (ROC) appealed to the International Olympic Committee (IOC) about a provocative question posed by a Chilean journalist to tennis player Daniil Medvedev. It is reported by RIA News with reference to the press attaché of the Russian delegation Konstantin Vybornov.

The incident took place on July 28. During an interview in the mixed zone, a Chilean journalist, asking a question to Medvedev after defeating Fognini in the 1/8 final match, called all Russian athletes cheats. After that, the tennis player demanded to expel the reporter. Afterwards, the journalist admitted that he was surprised by the tennis player’s reaction, since another Russian athlete Karen Khachanov did not get angry over a similar question.