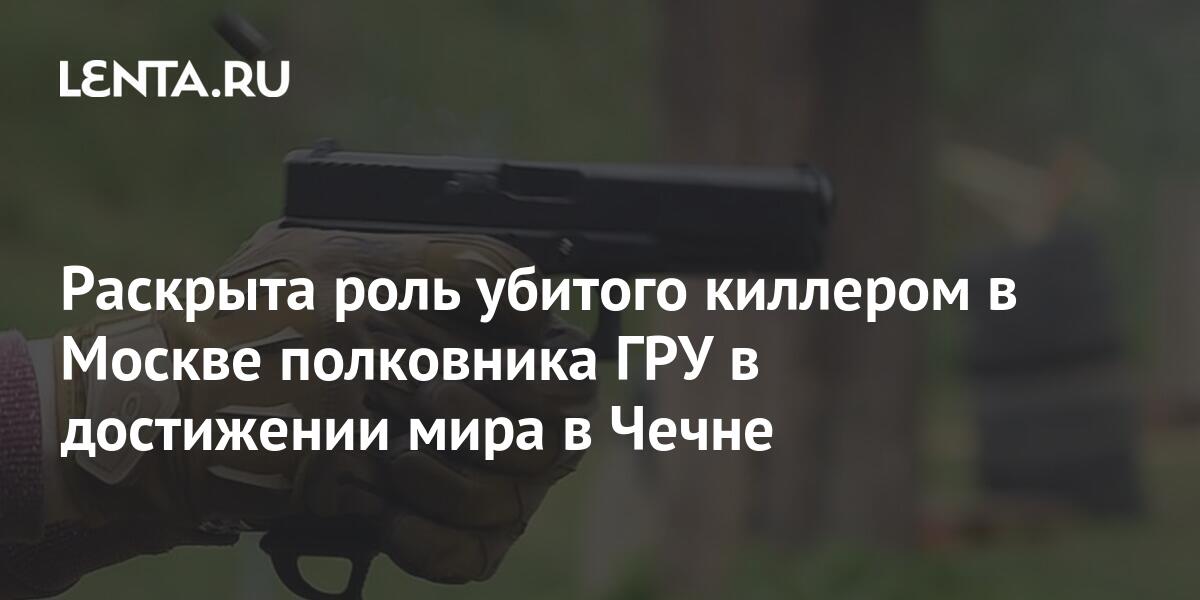 An important role in the preparation of the Khasavyurt agreements, which put an end to the first Chechen war 25 years ago, was played by the then Deputy Secretary of the Russian Security Council, Colonel of the GRU Sergei Kharlamov, who took over a significant part of the work leading up to the conclusion of the treaty. Press secretary of the Security Council Alexander Lebed in 1996-1997, Alexander Barkhatov, told about this in an interview with Lente.ru. Later Kharlamov was killed by a hitman, this happened in Moscow in 2002.

“In fact, it was he, the risky scout, who highlighted the entire alignment of forces in the far from homogeneous rebellious mass of Chechens. Scenarios, candidates. There is someone who cannot be blamed for being unfaithful to the interests of the motherland, ”he said.

According to the interlocutor of Lenta.ru, it was Colonel Kharlamov who was preparing a little-known to the general public trip of representatives of the Russian Security Council for the first personal acquaintance with the chief of staff of Chechen fighters Aslan Maskhadov, as well as a meeting on the eve of Khasavyurt with the father of the current head of Chechnya, Ramzan Kadyrov, Akhmat Kadyrov.

“Several years later, in broad daylight in the center of Moscow, Kharlamov was killed with two shots to the back of the head. I didn’t even have time to drop my portfolio. A professional worked. Who what? Ichkeria aftershocks? Unknown, ”Barkhatov stated.

The Khasavyurt agreements, concluded on August 31, 1996, drew a line under the first Chechen campaign, which began in 1994 with the aim of regaining control over the republic that had declared its independence from Russia. According to the agreement, which was signed by the then secretary of the Russian Security Council Alexander Lebed and the chief of staff of the Chechen fighters Aslan Maskhadov, the hostilities ended, but the question of the status of the region was not resolved – it was postponed for five years.

The agreements did not affect hostage-taking and ransom practices, nor did they establish a lasting peace. Three years later, Chechen militants attacked Dagestan, initiating the second Chechen campaign, as a result of which the republic was returned to Moscow’s control.