The ‘robbery of the century’ in Mexico: the day two students put the art world in check 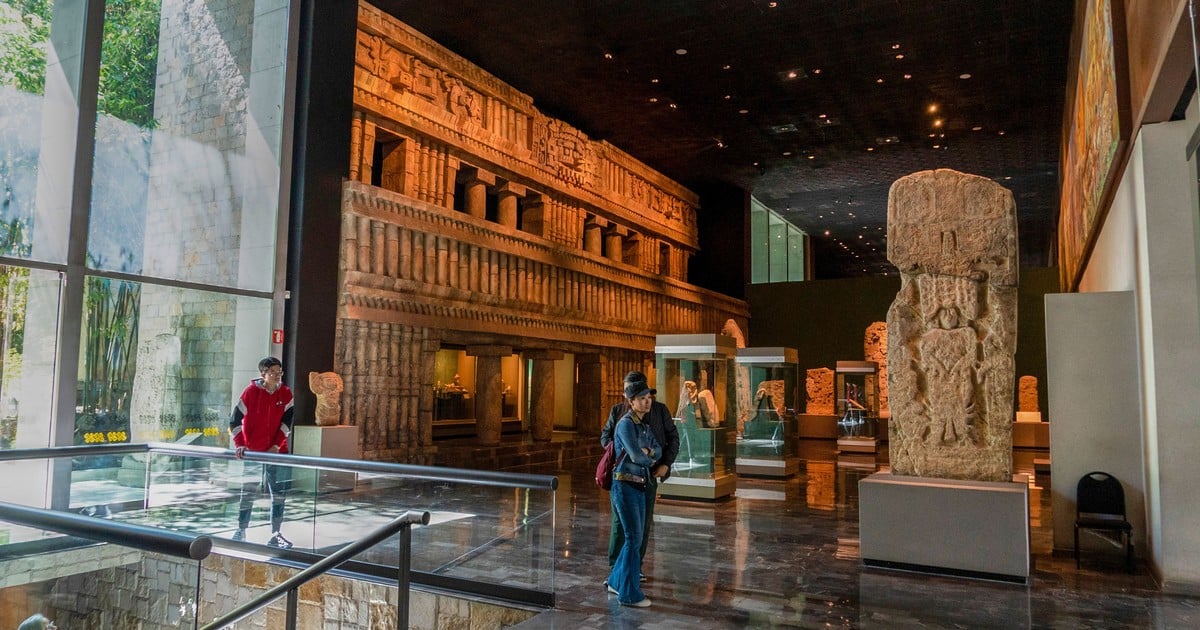 On December 25, 1985, as the world celebrated Christmas, two young people performed one of the robberies largest in the history of Mexico. The country was shocked to learn that they were missing 140 pieces prehispanic Anthropology National Museum, whose value was incalculable.

Although at first it was believed that it was a group of professional thieves – due to the magnitude of the theft – who were engaged in smuggling Archaeological pieces, the Police took almost four years to realize that this robbery had been carried out by two college students.

After years of investigations, in 1989 the Police found the names of Carlos Perches Y Ramon Sardina, two veterinary students who are in their 30s. They had both been planning the assault for about six months. But how did two young rookies commit such a robbery? What motivated them to do so, and why did it take them so long to discover them?

During the previous months, the thieves visited the most important museum in Mexico more than 50 times.

The theft of the century”

After the incredible assault, the media echoed what happened and immediately titled it as the “heist of the centuryIn fact, today it still ranks as one of the greatest art heists of the 20th century.

Within the loot was included almost the entirety of an offering found in a tomb of Palenque (archaeological zone in the jungle of Chiapas), various gold objects of Mixtec culture, a gold breastplate, various mosaic masks Y jade pieces.

In total, 140 pieces were stolen, all of them belonged to the rooms Maya, Oaxaca Y Mexica of Anthropology National Museum (MNA), one of the most important museum venues in Mexico and Latin America.

One of the funerary masks exhibited in the National Museum of Anthropology in Mexico City.

The concern of the authorities was not only for the value of the archaeological legacy of the Mesoamerican peoples, but because none of the pieces had any insurance. To take dimension of incalculable value; one of the objects (a vase-shaped obsidian monkey) had a estimated value from $ 20 million.

It is worth clarifying that during that date the Mexico City was recovering from a earthquake that had happened three months before and that it caused serious economic losses and even fatalities. And everything would get worse, since soon the famous “robbery of the century” would occur.

At Christmas of that 1985, the nine guards who guarded the museum during the fateful night did not notice that the intruders jumped the fence that surrounds the building, they crossed the garden and then entered by a staircase that led to the basement, and later entered the Maya room through the air conditioning ducts.

The thieves took 140 pre-Hispanic pieces from the National Museum of Anthropology in Mexico.

In this way, between 1 and 4 in the morning, Perches and Sardina stole more than 100 pieces from the relic collection Mayans, Mexica and Oaxaca.

Of the most recognized objects, it is worth highlighting the Zapotec mask of the bat god, items from the tomb of King Pakal de Palenque and the Yanhiutlán shield, a piece of Mixtec goldsmithing of great importance.

The thieves fled with the loot and the authorities panicked after being alerted to the theft, as the pieces they were not insured and the museum did not have a complete inventory to monitor.

The thieves entered the Mayan room of the Museum of Anthropology through the air conditioning ducts.

48 hours after the robbery, security on the roads was reinforced and the authorities in Europe were alerted, since there is one of the main markets of smuggling art.

The thieves are believed to have fled to the port of Acapulco For try to sell the pieces. But it was known that nobody would try to buy the stolen jewels due to the impossibility of exposing them.

In return, the thieves fled to the home of Perches’ parents after the robbery, in the Jardines de San Mateo neighborhood. There they kept the relics in a suitcase and they hid it in a closet; they were there for at least a year.

Carlos Perches (left) was one of the authors of the “robbery of the century”. He got involved with drug traffickers and they gave him away.

The fall of thieves

At first, private collectors were investigated in the port of Acapulco, as there were also operations in the states of Quintana Roo, Yucatán, Michoacán and on the border with the United States. But the passage of time cooled things down and 1986 World Cup in Mexico made the famous “robbery of the century” almost in the I forget.

Although one of the main hypotheses was that it was a group of professional traffickers who were dedicated to the theft of art, after four years the Police discovered, to their surprise, that the culprits were two university students from middle class and that they lived on the outskirts of Mexico City.

Thus, on June 9, 1989, the Mexican police found a canvas bag in the closet of the house of Carlos Perches in the suburb of Satelite. There he kept more than 100 of the stolen jewels. But how did they find the thieves?

Pakal’s mask, one of the recovered pieces, was found in the tomb of Pakal “el Grande”, ruler of the ancient city of Palenque in the Mexican state of Chiapas.

A drug dealer gave them away

After the robbery, Carlos Perches and Ramón Sardina got into the drug business in Acapulco. They generated links with drug dealers and they tried to sell you some of the stolen pieces.

One of them gave them away so that they will lower the sentence once the police caught him. This ended a perfect-looking robbery that they had been planning for almost six months.

Perches was immediately arrested along with seven alleged accomplices and passed away after a decade in jail. Sardine he fled and continues fugitive, still 36 years later. But the biggest, and still unknown, mystery is why they decided to raid the museum. And everything seems to indicate that this question will remain unanswered.