The roads of the Ferro and RENFE converge 80 years later 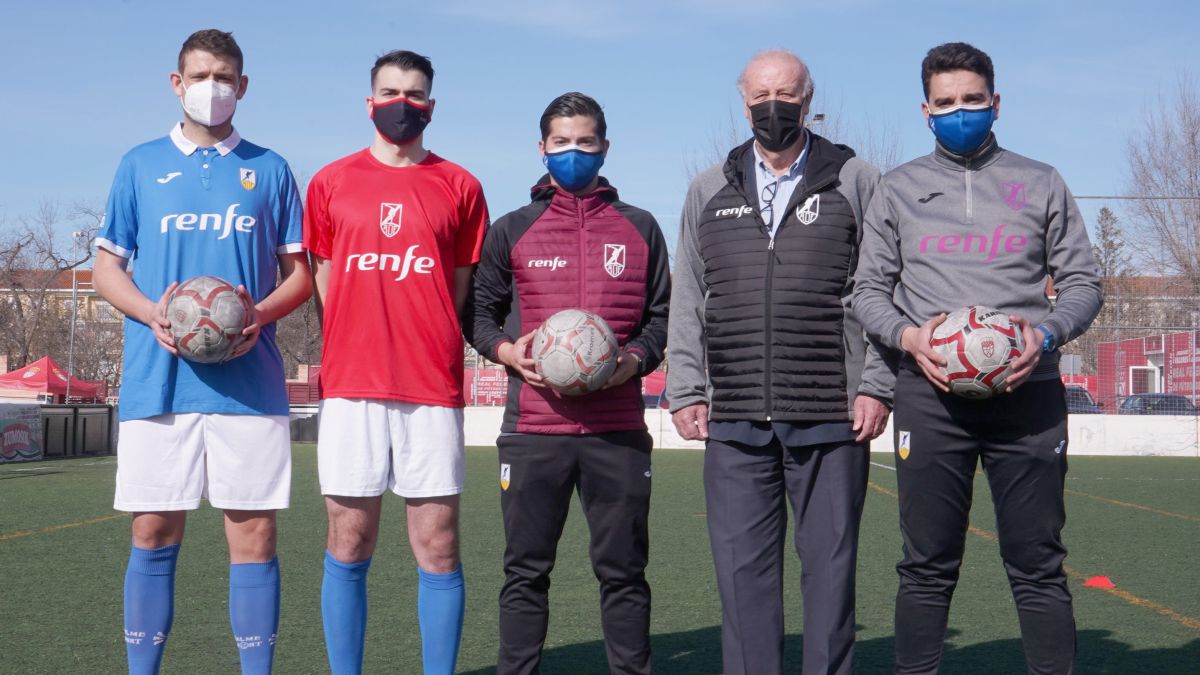 There are roads destined to meet. Sooner or later. And the tracks of the Agrupación Deportiva Ferroviaria and RENFE have come together again eighty years later. This sponsorship agreement – already visible in the Madrid team’s kit and walking clothes – wrote its first page back in 1941. Moment when the Government created the National Network of Spanish Railways (RENFE) and its Board of Directors, chaired by Gregorio Pérez Conesa, decided to support the Ferro, a team closely linked to this union and whose field was located next to the Delicias station. This relationship was perpetuated over a decade (1951).

Now as then the bond between the two opens a hopeful window to the future. “The momentum that this sponsorship will give us is very important. It is the first step to create a club structure and try to make the project medium-long term. RENFE has believed in us and will allow us to grow “, an excited person confesses to AS Javier Puig Martínez, current president of the AD Ferroviaria and historic goalkeeper of the team for eleven seasons (1983-94).

Many things unite them, mainly its origins. Leocadio Martín Ruiz, a railwayman by profession, founded the entity in 1918 and both the partners and the members of its different sections belonged mainly to that sector. Little by little, the Ferro became a historic Madrid football and the fourth oldest club, behind Real Madrid (1902), Atlético (1903) and Carabanchel (1916). Its centenary was a turning point, having been inactive from 2007 to 2019. “That’s where the reboot occurred. He was enrolled in the Madrid Federation and we started to play in Third Regional. I joined in the middle of last season and I have stayed with two more managers to manage this adventure“, explains Javier, who does not hide his emotion by remembering the past.

“When we were champions of Spain we had about 4,500 members, an important social mass. Right now very few people remember what we were. One of our campaigns will be to rescue former partners, their descendants, former players …“, wields the president, aware of the importance of those roots to build a renewed club:” Our objective, for now, is to create a structure, with departments and people who support us in our daily work. We would like to build a school, with the help of RENFE as well, and other sections, as in its origins, in which there was athletics, cycling, chess, gymnastics, boxing … but calmly. Already in football, the goal is to go up“.

For this new journey, the Ferro has a committed sponsor, Del Bosque. The former selector is always aware of his steps. Giant, that of this sponsorship. He has been a key figure. What Vicente represents, his values, is what we want to be. In addition, he has managed to get our image to many places “, argues Javier, who reveals a curious fact:”Del Bosque comes from a railway family. His father, his grandfather and even his father-in-law dedicated themselves to this, as he tells us. That has made him join our project. He told us that I was going to buy the newspaper at the nearest station in Salamanca“.

And while AD Ferroviaria and RENFE continue their journey hand in hand, you can still visit the exhibition ‘Madrid-Delicias. 140 years of a season ‘, which will remain in the Railway Museum until next September 26. There is a stop, a corner, for the history of the Ferro. And in it you can find different posters of matches, a ball regulation of the 1960s, some of its trophies as champion of Castile and Spain of Fans, some gloves and a Uzcudum boxing trophy, among others. Big treasures from past travels …

Stopover in Paris – “Behind a bottle of wine there are many tears, joys and a history of human work”

Out of the corona Minister Lintilä claimed that he had been excluded from the preparation of the exit plan – however, the Ministry has been involved in the preparation