The richest and poorest country in Europe named 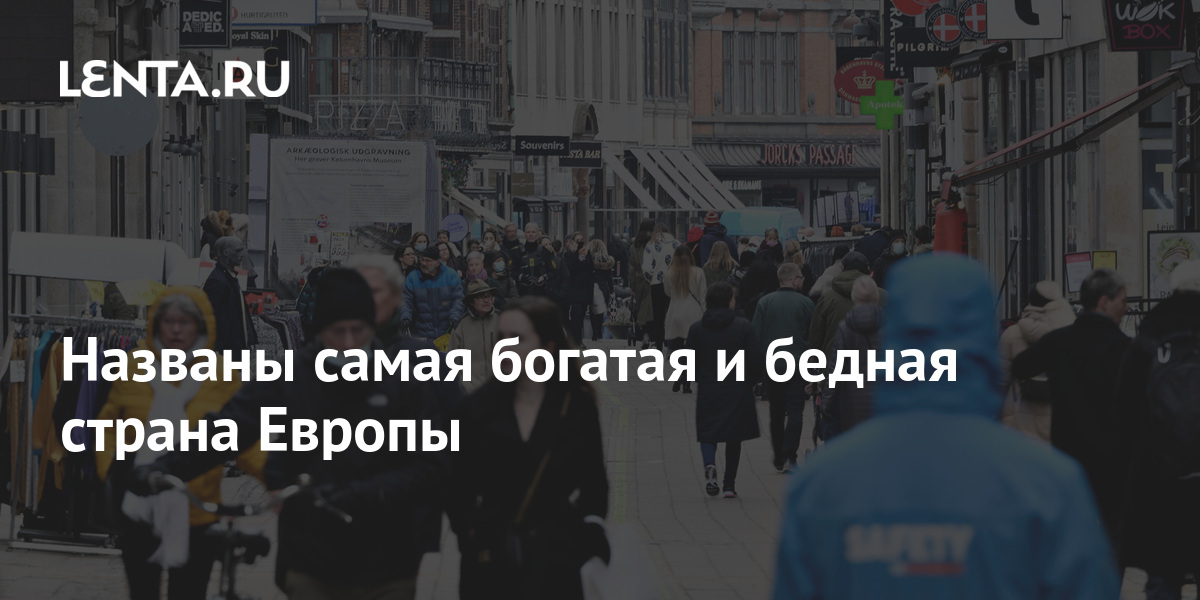 Denmark is the richest country in the European Union in terms of family financial assets. This figure is equal to 1.88 million Danish kroner (300 thousand dollars). This is stated in report National Bank of the country.

However, Danes also have more debts than residents of neighboring countries. The overwhelming majority of liabilities are associated with bank and mortgage debt secured by real estate (approximately 86 percent). Overall, Danes’ financial performance is almost three times higher than the EU average.

In addition, their wealth in the first quarter of this year increased even more, to an average of 24 thousand Danish kroner (3.8 thousand dollars) per person. Households in the Netherlands have the second largest financial assets, followed by Luxembourg and Sweden. The poorest country in the study is Romania, with family assets there amounting to DKK 80,000 ($ 12,700).

Earlier it was reported that the growth rate of welfare in Russia over the past two years is ahead of both the world average and the average in Eastern Europe – 13 percent per year against 8.3 and 12 percent, respectively.