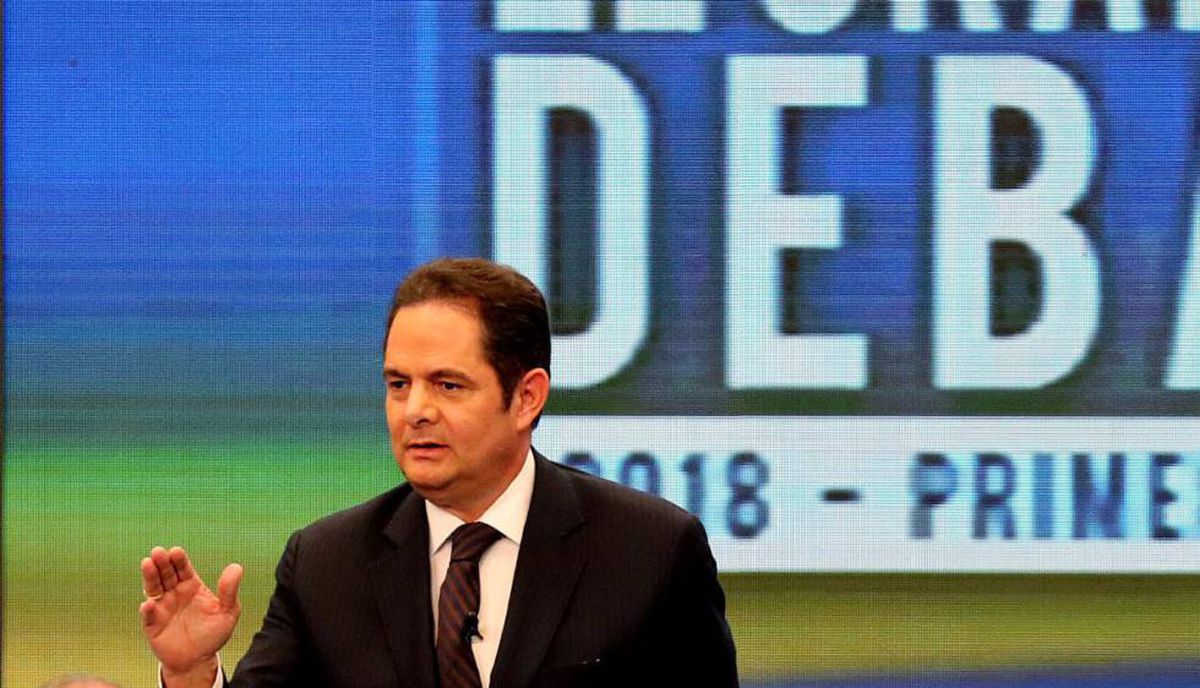 Germán Vargas Lleras is one of the most seasoned politicians in Colombia. For the population under 30 years of age it is synonymous with patronage and old politics, while for a sector of the elite he is a good technician. But almost everyone agrees that a large part of Colombian politics passes through their hands. It belongs to one of those families that has always ruled Colombia. He was a councilor, minister, senator and his most recent position was that of vice president during the administration of Juan Manuel Santos. He is one of the 54 families that govern Colombia, a country with about 50 million inhabitants.

Four years ago he believed himself president, and it was no wonder. He had managed to make his vice presidency his political springboard: he controlled the key ministries for investment in infrastructure, he was in charge of giving away houses in the Santos administration, and he managed the infrastructure ministers as his subordinates. In addition, he is the owner of the Radical Change party, and to be elected president he agreed with all kinds of politicians. Some of them, very few, were prominent, but the vast majority were questioned for patronage, corruption and even for having relationships with criminal organizations. In the end, none of this helped. He was betrayed by the old political class. He made a very bad electoral calculation by moving too far to the right, a space owned by Álvaro Uribe, and, above all, so many alliances made him win the image of a clientelist politician for the majority of the population. The new generations were not there to endure so much.

For many, the tremendous defeat in Vargas Lleras in 2018 was his political burial. However, this time, it seems that things are beginning to happen. There are four reasons why many traditional political sectors are looking for it. On the one hand, the crisis on the right is incredible, especially the crisis of Uribe. Any candidate could win in 2022, even one from the right, but not from Uribe. For this reason, Vargas Lleras sees an opportunity to unite the dispersed forces in the absence of candidates. The right wing knows that to win it must move away from Uribismo. Second, the old clientelistic and corrupt political class is full of panic that they will be changed in 2022 in the face of the increase in social protest and the rejection of traditional politicians by the Colombian citizenry. This fear will lead them to overcome their differences and disputes and, surely, to unite with a single candidate.

Third, the mismanagement of the current president Iván Duque. Vargas Lleras, in addition to having a reputation as a traditional and clientelist politician, also enjoys, in a political sector, the reputation of being a good executor and administrator. Therefore, given the mismanagement of the current president, many see him as the man to get out of the governance crisis that Colombia is going through. Most Colombians feel with Iván Duque a sense of ungovernability or misrule. Vargas Lleras will take advantage of his past to sell himself as the best manager. Finally, Vargas Lleras could bring together traditional political parties such as Cambio Radical, the Partido de la U, and a Liberal sector, which in the next elections could be interested in grouping together to avoid disappearing.

At the moment, Vargas Lleras has the strategy of saying that he will not participate in the next electoral campaign. It will be listed and promoted under the table the rejection of its powers. It is said that towards the month of January he would announce his campaign, which will be marathon, short and full of money.