The rescue of Plus Ultra, an airline linked to Nicolás Maduro’s inner circle, complicates the government of Spain 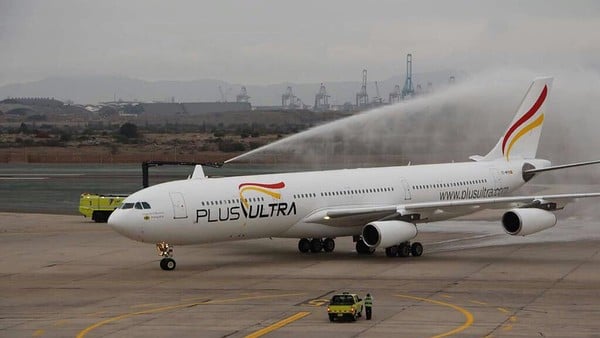 The government of Spain was involved in an uncomfortable controversy as a result of the financial rescue of the airline Plus Ultra, company that opposition political parties They denounce that he would have direct links with Chavismo and, particularly, with the Venezuelan President Nicolás Maduro.

Through the Sociedad Estatal de Participaciones Industriales (SEPI), the government of Pedro Sánchez authorized the contribution of 53 million euros to refloat the Spanish airline company, which connects Madrid with Caracas, within a plan to help companies affected by the coronavirus pandemic.

Although it is the third airline to receive contributions from the State, in this case it aroused the reaction of the Popular Party and Vox because they argue that the main shareholders of Plus Ultra They belong to the inner circle of the Venezuelan president. That is why they asked the Sánchez Executive for explanations.

The Snip Aviation society has almost half of the business of this company, and its president, Rodolfo José Reyes Rojas, “close to the orbit of Nicolás Maduro”, is “involved in suspected cases of corruption by the Venezuelan National Assembly for alleged corruption within social aid programs, “says the right-wing Vox party.

Moreover, its leaders maintain that Reyes Rojas is “designated by the United States Government cas the president’s main front man of Venezuela of the laundering of dollars and fraudulent awarding of millionaire official contracts ”.

Plus Ultra in Santiago de Chile, in 2018. Photo EFE

The Popular Party, for its part, repudiated the rescue which it called “Bolivarian airline”, and denounced that behind this operation there may be a maneuver to benefit the Venezuelan friends of power.

“The Government of Sánchez and Iglesias prefers to rescue a Bolivarian company before our freelancers and SMEs. It will have to explain what mortgages it maintains with the Venezuelan dictatorship, “said PP parliamentary spokesperson Cuca Gamarra.

It is not the first time that right-wing parties have criticized the government of the Spanish Socialist Workers Party (PSOE) for his “sympathy” with the Maduro regime. Although this time it is something very specific linked to the institutional.

According to the investigation carried out by the newspaper digital spanish Vozpópuli, 47.23% of Plus Ultra’s capital is under the control of Snip Aviation, a firm made up of three Venezuelans. The one with the greatest presence is Rodolfo José Reyes Rojas. Then Raif el Arigie Harbie appears as vocal, and Roberto Roselli Mieles as proxy.

All of them would be part of the inner circle of the vice president of the Venezuelan government, Delcy Rodríguez, and Maduro’s wife, Cilia Flores.

It also points out that Reyes Rojas, Arigie Harbie and Roselli Mieles are commercially linked with Camilo Ibrahim Issa, a powerful businessman of Lebanese origin established in Venezuela who would have a strong “Influence on the Venezuelan judicial system.”

Reyes is a well-known character in Venezuela, especially for his business. In 2017, Luisa Ortega Díaz, the prosecutor dismissed by Maduro, linked him to the dark commercial operations related to the purchase of food for the Local Supply and Production Committee, known as CLAP.

The appearance of these characters behind Plus Ultra caused the scandal to break out in Spain. The contribution of 53 million euros to a company in decline, and at such a critical time for the country due to the pandemic, aroused all kinds of suspicions.

The Sánchez government argues that it is to avoid dismissals and favoring the arrival of Latin American migrants – especially Venezuelans, Ecuadorians and Colombians – to Spain, but cannot avoid mistrust.

The Spanish Executive is expected to give more explanations in Congress, where the opposition is preparing to investigate how this aid was conceived.

A month after the return to school: going to school did not increase infections in the City