The reply of a group of albertist intellectuals to a harsh letter against the Government: ‘The real danger is in intolerance’ 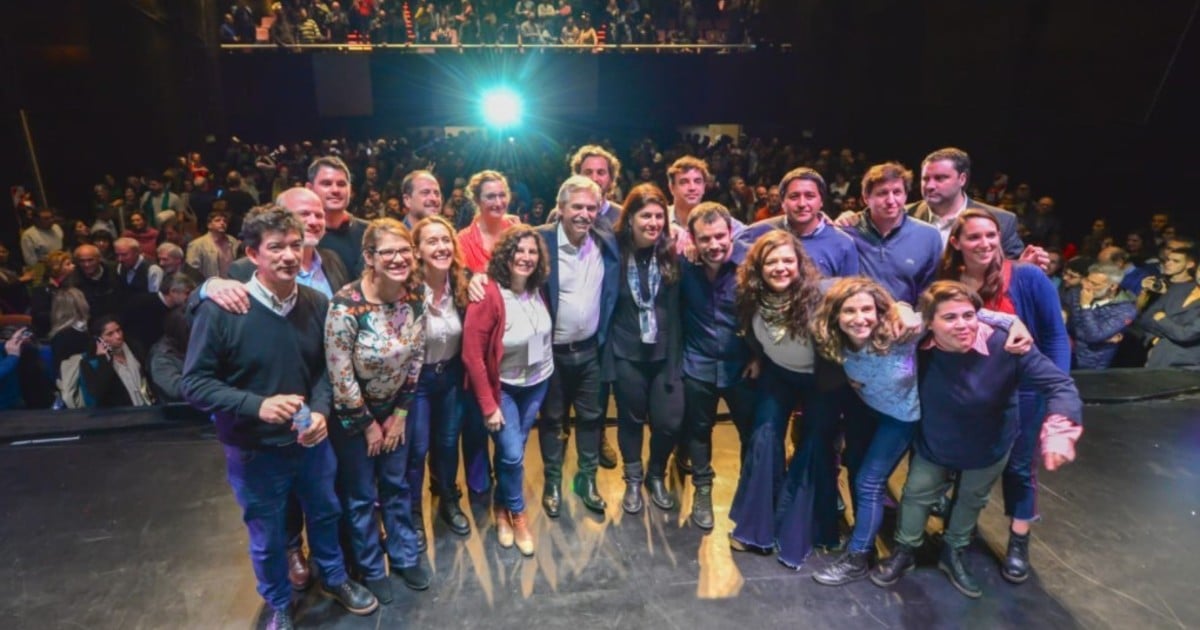 The harsh letter from a group of intellectuals and artists criticizing Kirchnerism, signed by Beatriz Sarlo, Juan José Sebreli, Alfredo Casero and Maximiliano Guerra, who warned that “If Kirchnerism wins seats, it will empty every last drop of democracy“It generated a strong replica of the group Agenda Argentina, a group of thinkers linked to albertism, who above all questioned the use of the word”metastasis “to refer to the Front of All.

“The real danger is intolerance,” they warned.

“A group of intellectuals and artists published a letter in which they warn that Argentine democracy is torn between progress or neo-golpism. What would it depend on? That the Frente de Todos does not ‘metastasize’. A total nonsense and a real danger” , they raised from Agenda Argentina, a group that was born as a kind of continuation of the Open Letter and its debates.

The intellectuals who publicly support Alberto Fernández’s administration pointed out that it is not the first time in history that “a political identity is considered in health terms, as if it were a disease.”

“That assumes that there is a healthy state and different” deviations “from it: Peronism, Kirchnerism, ‘gender ideology’, etc. What should be done when a disease is diagnosed? Of course, cure it, eradicate it, such as our country intends to deal with COVID through care and the huge vaccination plan that is being carried out, “they noted.

Agenda Argentina pointed out that the analogy “is very dangerous” because “when you go from health to politics, you cross a line where you abandon democratic pluralism, which consists of recognizing diversity, precisely, even if it is not shared, and different violent solutions are embraced “.

“The national, popular and progressive forces know these solutions from direct experience. We were proscribed, fought, repressed. How many more times must we listen to how a group of enlightened intellectuals consider that the majority political identity does not respond to their moral standards?” they asked.

Alberto Fernández with the intellectuals who defend him.

The intellectuals critical of the administration of Alberto Fernández and Cristina Kirchner had been categorical in pointing out that a serious danger loomed over democracy masked “under the rhetoric of altruism and solidarity.”

“Before, authoritarians rose up in arms and ruled with rifles,” but that “that no longer exists. Now they come to government with the popular vote and use power to corrode the system from within until they become autocrats,” they said in your letter.

And they added, using the cases of Nicaragua and Venezuela as an example, that “nepotism, colonization of the State, harassment of counter-powers, lack of protection of broad sectors of the middle and lower strata, and electoral fraud” are “the tactics of the XXI century coup “.

Argentina Agenda, of which officials such as Sabina Frederic, Alejandro Grimson, Nahuel Sosa, Ana Castellani, Cecilia Gomez Mirada, Dora Barrancos, Alex Roig, and the Conicet researcher, Paula Lenguita, among others, questioned the intellectuals who signed the letter against the Government.

“This group of experienced voices maintain some revenue from the prestige that they were able to obtain in the past, for valuable contributions to knowledge and to Argentine democracy. But this way they reach the hate speech of the new rights,” they crossed them.

The albertista thinkers saddled the signatories of the letter against the Government with not having been critical of some episodes that occurred during the Macrista administration. “Virtually all the signatories they kept absolute silence or explicitly supported Macri’s attempt to appoint judges of the Supreme Court by decree, they kept silent before the 2X1 of the Court until society burst into the streets and prevented it, when the future of the Argentines with the loan with the IMF was condemned, before the complicity in the face of the coup in Bolivia “.

Juan José Sebreli and Marcelo Gioffré, two of the intellectuals who signed the critical letter with the Government. Photo Maxi Failla

“They are protesting before a project of the Public Ministry that was previously promoted by legislators of Together for Change and kept silent before the systematic attack of macrismo on the care measures promoted by the national government in the face of the pandemic,” they said.

“The real danger for democracy is not that the Frente de Todos wins the next elections. But that this type of intervention generates a political culture intolerant of plurality of thoughts and incapable of accepting the popular will expressed at the polls, “they conclude.