The Renaissance Dam .. Will the negotiations return to the African Union table again? 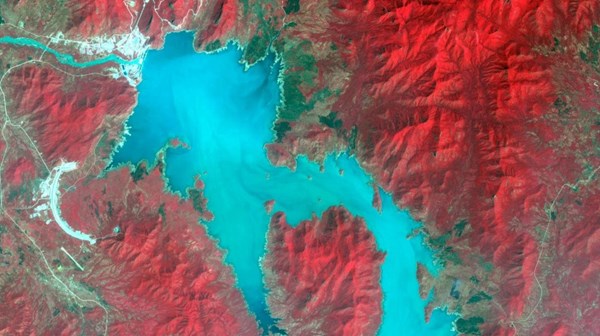 Shaaban Bilal (Cairo) – The African Union is still the only option that Addis Ababa is calling for to be a mediator and sponsor of the Renaissance Dam negotiations that began 10 years ago between Egypt, Ethiopia and Sudan, and has not reached any results so far regarding the signing of a binding legal agreement on filling and operating the dam without Damage to the two downstream countries.
Although no results have been achieved in the negotiations that have been held over a year and have been determined since last June under the auspices of the African Union, the most recent of which is the Kinshasa round in the Democratic Republic of the Congo, Ethiopia is still insisting on the African Union as the best option to solve this issue, in exchange for Sudanese claims. Egypt, with a new methodology for negotiations, makes progress that results in the signing of a binding legal agreement.
Dr. Tamader Al-Tayeb, a professor at the Center for Diplomatic Studies at the University of Khartoum, said that it is possible to resume negotiations within the framework of the African Union again, because Ethiopia only accepts the mediation of the African Union, by setting up a specific mechanism that is negotiated between the three countries.
She added to “Al-Ittihad” that this mechanism results in reaching an agreement that satisfies all parties, and leads to the possibility of filling the dam in agreement with the two downstream countries, and lays the basis for the possibility of reaching a binding law that regulates filling and operating the dam in years of drought and prolonged drought, stressing that it is in the interest of the three countries. To resort to the African Union, and then the two downstream countries present their conditions in exchange for their giving up the Quartet mediation.
At the end of the Kinshasa negotiations, which were held in the Democratic Republic of the Congo for a period of 3 days, Egypt and Sudan on one side and Ethiopia on the other hand exchanged accusations about the reason behind the failure of the negotiations, as Egypt and Sudan confirmed that Ethiopia had rejected the quartet mediation and all other proposals, while Addis Ababa confirmed that Cairo and Khartoum They undermined the negotiations, and that the African Union was the best solution to the crisis.
The Ethiopian Minister of Water, Irrigation and Energy, Seleshi Bekele, said during a press conference yesterday that his country strongly believes that the ongoing negotiations led by the African Union have made great progress in the Renaissance Dam crisis, despite some setbacks in the mediation, explaining that the negotiations in Kinshasa focused on a request for change. The shape and the platform, especially from the Sudanese side.
In addition, Dr. Abbas Sharaqi, a professor of water resources at Cairo University, said that the three countries are expected to return to the African Union negotiating table during the current month, explaining that this appears through the statements of officials in Egypt, as well as Ethiopia’s statement related to the Kinshasa negotiations, in which it confirmed the return. To negotiate in the third week of April.
Sharaki explained to the “Union”, the evidence is that Egypt has not taken any escalatory step so far by resorting to the Security Council and awaiting the decisions of the African Union, expecting a breakthrough with regard to the observers’ crisis and the Quartet once the three parties return to the negotiating table.
The professor of water resources stated that it is possible to search for a name that satisfies the three parties to the Quartet, stressing that Sudan rejects the description of the observer, which is what Egypt supports, and Ethiopia rejects the description of a mediator as well, stressing that these parties can be named consultants or a committee sponsoring the negotiations, explaining that the decisions of the mediating committee in In all cases, it is not binding, and either party has the right to refuse.
Sharaki linked the success of any negotiations between the three countries during the coming days to Ethiopia’s commitment not to implement any construction in the middle corridor of the Renaissance Dam, because this means preparing for the second filling of the dam, indicating that this will cause a major crisis and remove the reason for negotiation.
Egypt and Sudan announced Ethiopia’s rejection of the quartet mediation proposal submitted by Sudan, stressing that it had proposed at the same time to add the state of South Africa to the mediation, which was accepted by Egypt and Sudan as it was a party to the negotiations during its assumption of the presidency of the African Union in its previous session, but there was no agreement by Ethiopia. On adding the United Nations as a new party, and Sudan suggested it to have an international cover for the negotiations.
In an official statement by the Ethiopian Foreign Ministry two days ago, Ethiopia expected to resume the meeting in the third week of April 2021, at the invitation of the current president of the African Union.

Good Friday 2021: origin, what it means and why it is celebrated at Easter