The relevance of transmitting the right message 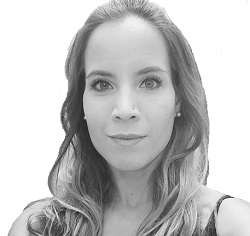 Brands have a constant challenge, to remain current and relevant to a market changing, no matter what category it is; however, from confinement and the change in habits that came with it, this challenge became even more marked and forced the advertisers to modify their strategies to the reality that the world is living from more than a year ago, with powerful narratives and taking into account new channels.

In this line, month after month, from YouTube we give ourselves the task of reviewing the ads most relevant to select those that, due to their originality and impact, had resonance in the platform community, finding valuable samples of creativity and powerful messages throughout a month. During May, one of the cases that Soriana stood out with his La de Todos los Mexicanos campaign and his unique way of tell a story.

Through the use of one of the best known and most loved characters in the culture Mexicana, Cantinflas, Soriana managed to reach 7.8 million views, increasing conversation by 44% compared to April of this year and achieving an increase of 8 points in the positive sentiment of the brand. In addition, the taking this campaign to digital allowed them to be present on multiple devices, from smartphones to connected televisions, generating greater affinity with users.

Another important factor of this announcement, and that offers the digital world, is the power to narrate a history within advertising, and the impact that content with this cut can have on the spectators. This campaign sought to tell a story beyond a minute, which highlight the Mexican culture and the pride of belonging to it through its gastronomy, with a protagonist who resonated in everyone’s mind, but particularly in that of the families of our country; and the results show that connection and identification not only with the person in front of the video, but also with a brand that feels close to everyone.

These types of strategies reaffirm the findings we found a few months ago on successful advertising content, among which the power of humanization stands out to create a link with users through the values ​​of a brand, creating a voice and an identity behind the video. There is also the special connection that exists between audience and artists, where we have seen that those campaigns that choose to take a known character have greater impact and interactions.

Putting consumers at the center is key to communicating a message in a way that effective, and using a voice that resonates with them is more relevant than ever in a moment when we need to connect with others. With such a changing digital ecosystem, It is important to be adapting our ways of creating content, as well as analyzing the communication channels, which make sense to reach our audience, to stay in people’s minds.

For: Annette Sanchez, Marketing manager for YouTube in Latin America