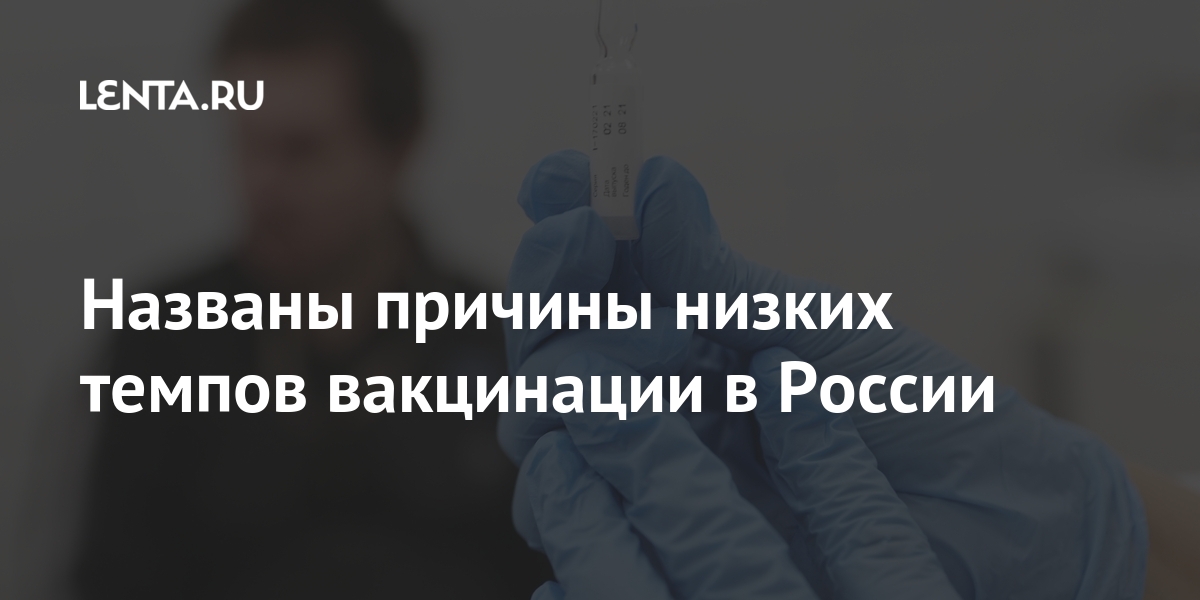 The rate of vaccination of the population in Russia is lower than expected, including due to the shortage of produced doses of drugs and the lack of confidence of citizens in information about the vaccine. Such reasons were named by the Associated Press, to the material of which RBC drew attention.

The Associated Press notes that Russia lags behind other countries in terms of vaccination rates, including the United States, where 43 percent of the population received the first component of the drug. At the same time, in Russia at the end of April, about 8 percent of citizens were vaccinated.

According to vaccination plans, 60 percent of the Russian adult population should be vaccinated by the fall. However, to achieve this goal, according to analyst Alexander Dragan, by mid-June the number of vaccinated people should be twice as high as at present. “We have to start vaccinating 370 thousand daily, starting tomorrow,” – said the specialist in an interview with AP.

The publication emphasizes that the shortage of drugs has the greatest impact on the vaccination process. Also, the authors of the material attributed to the reasons the late information campaign in support of drugs against COVID-19 and the conflicting statements of the authorities.

Earlier, the Director General of the World Health Organization (WHO) Tedros Adan Ghebreyesus estimated the cost of vaccination against coronavirus in the adult population of the planet. According to him, for this the organization will need from 35 to 45 billion dollars next year.

Battlefield 6 will already have a reveal date

The Central Bank issues a system for specialized banks