The questions of the search for the disappeared in the Amazon 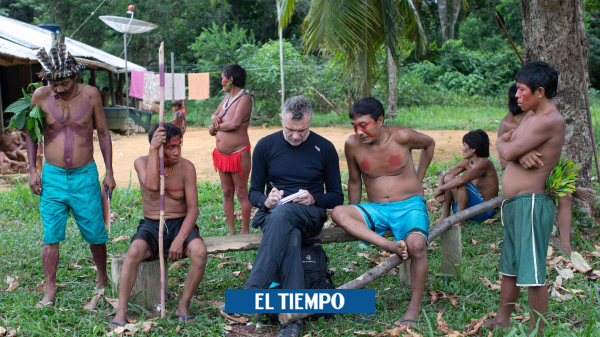 The search for British journalist Dom Phillips and indigenous expert Bruno Pereira, who disappeared in a remote region of the Brazilian Amazon, this Tuesday enters its tenth day amid questions and persistent international pressure to resolve the case.

(Also read: They find two bodies in the Amazon after searching for the disappeared)

Phillips, 57, is a contributor to the British newspaper The Guardian and has been working in Brazil for 15 years. Passionate about the Amazon, on which he wrote dozens of reports, the journalist had been in the region for several days working on a book on environmental conservation and local development, with the support of the US Alicia Patterson Foundation.

Pereira, 41, an expert from the Brazilian government agency for indigenous affairs (Funai) and a recognized defender of the rights of these communities, accompanied him as a guide, on his second trip to the region since 2018.

(It may interest you: British reporter and expert disappear in Brazil: they find belongings)

He was the regional coordinator of Funai de Atalaia do Norte, the municipality where he was going with Phillips when they disappeared. His work in defense of indigenous peoples earned him frequent threats from criminal groups operating in the area. Both are married and Pereira is the father of three children.

Dom Phillips, the British disappeared in the Brazilian Amazon.

Phillips and Pereira were last seen on Sunday morning, June 5, in the Sao Gabriel community, not far from their destination, Atalaia do Norte, where they were sailing down the Itaquaí River.

They were traveling in a new boat, with enough fuel to reach their destination. Their journey had begun days ago at Lake Jaburu, where they had interviewed residents.

The complexity of the region

The journalist and the expert disappeared in the Javarí Valley, a dense area of ​​Amazon jungle where 26 indigenous peoples live, many of them isolated.

Authorities warned of the “complexity” of the environment due to the presence of illegal miners, loggers and fishermen who invade protected lands to exploit their resources.

(Recommended: The story of the British journalist who disappeared in the Brazilian Amazon)

In addition, drug trafficking has had a growing presence in recent years, using the region as an important corridor for the transport of drugs produced in Peru and Colombia, countries that share a border with Brazil.

See also  Brazil has 145.6 million people with the 2nd dose of the vaccine against covid - ISTOÉ DINHEIRO

The findings and the suspect

Human viscera were found floating in the river.

The searches are conducted by indigenous groups and by the security forces. The latter found personal belongings of both on Sunday: a backpack, clothes, shoes and Pereira’s health card.

According to firefighters, the objects were found submerged near the house of Amarildo da Costa Oliveira, the only detainee so far related to the case. This 41-year-old fisherman was seen by witnesses in a boat following the boat in which Phillips and Pereira were traveling at high speed, before disappearing.

The police found a trace of blood in a boat belonging to the detainee, who denies being involved. Blood and “apparently human” material found in the search area are being analyzed. Results are expected this week.

President Jair Bolsonaro affirmed this Monday that “human viscera were found floating in the river”, which “leads one to believe that they did some evil” with Phillips and Pereira. It is unknown if the president was referring to the material reported by the police.

See also  Goalkeeper makes the most serious mistake: he confused the name of his girlfriend on live

The search for the two disappeared continues, as well as for their boat. A great deal of confusion arose on Monday after relatives of the reporter were informed by a Brazilian diplomat in London of the discovery of two bodies awaiting identification.

The Federal Police, official spokesperson for the investigations, denied this information. Indigenous people participating in the search also denied the discovery of two bodies.

The federal government has received criticism from activists, international organizations and the Brazilian justice system for the alleged slowness and lack of coordination in the search efforts.

Bolsonaro had initially said that Phillips and Pereira had embarked on an “adventure not recommended” for circulating without escort through a dangerous area, arousing the anger of civil organizations that came out in defense of the work of both in favor of the preservation of the Amazon.

– Five places in the world that offer unusual benefits to repopulate

– Assault on the US Capitol: committee suspends its third hearing