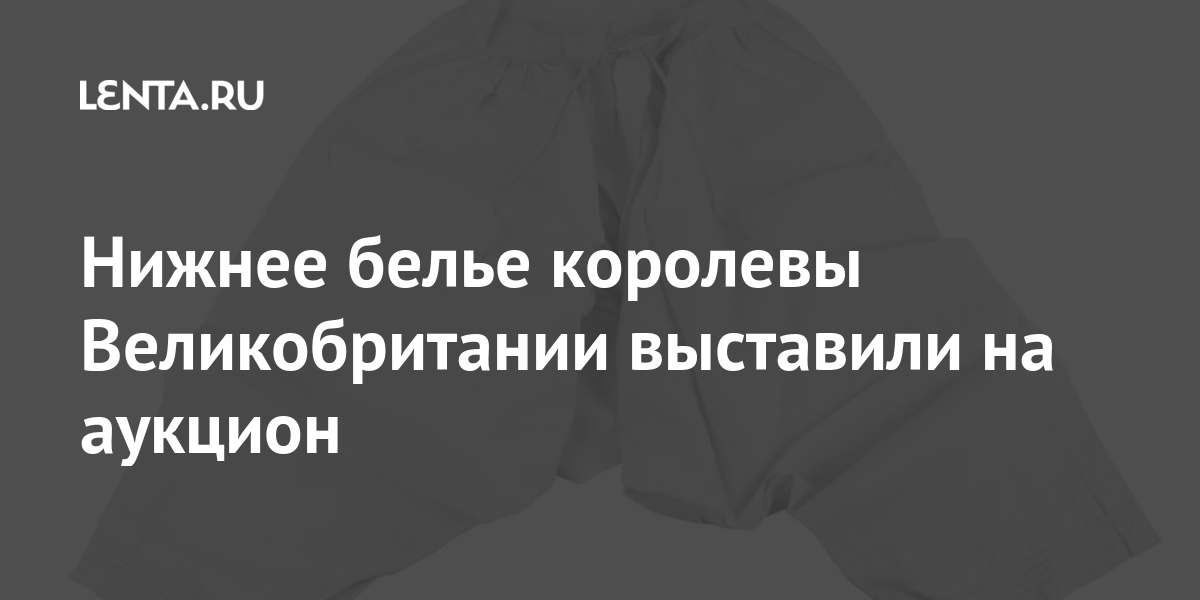 The British Museum of Rarities, Fine Arts and Unnatural History due to the coronavirus has put up for auction a number of unusual exhibits, including the bone of the extinct dodo bird, the “unicorn skull” and the knickers of Queen Victoria. Writes about this Daily Star.

As the founder of the museum and collector Victor Wind explained, he had to put up 442 exhibits for sale in order to financially support the museum, which was closed amid coronavirus restrictions. The institution ran into problems last year due to the lack of visitors. “It’s terribly heartbreaking, I would never have thought to sell so many of my greatest treasures, but we have no other way to survive,” Wind complained. He has been collecting his collection since childhood.

At the same time, the owner of the museum admits that it is most difficult for him to say goodbye not to the underwear of the Queen of Great Britain, but to the bone of the dodo bird, which shows how much damage people can cause to the environment. The cost of the pantaloons varies from five to seven thousand pounds (approximately from 50 to 70 thousand rubles). The auction, titled “From Curious to Extraordinary”, will take place on Thursday, May 6th.

Earlier it was reported that the car of the Duchess of Cambridge Catherine and her husband Prince William will be put up for sale in May 2021. This is a blue Range Rover Vogue SE SUV that was issued to a married couple for personal use by Land Rover in 2013. It is noted that for eight years of driving, the car’s mileage was only 38.4 thousand miles (61 thousand kilometers). The cost of the lot is estimated by experts at 30 thousand pounds (3.2 million rubles).

Uncharted movie to be seen on Disney + in the United States