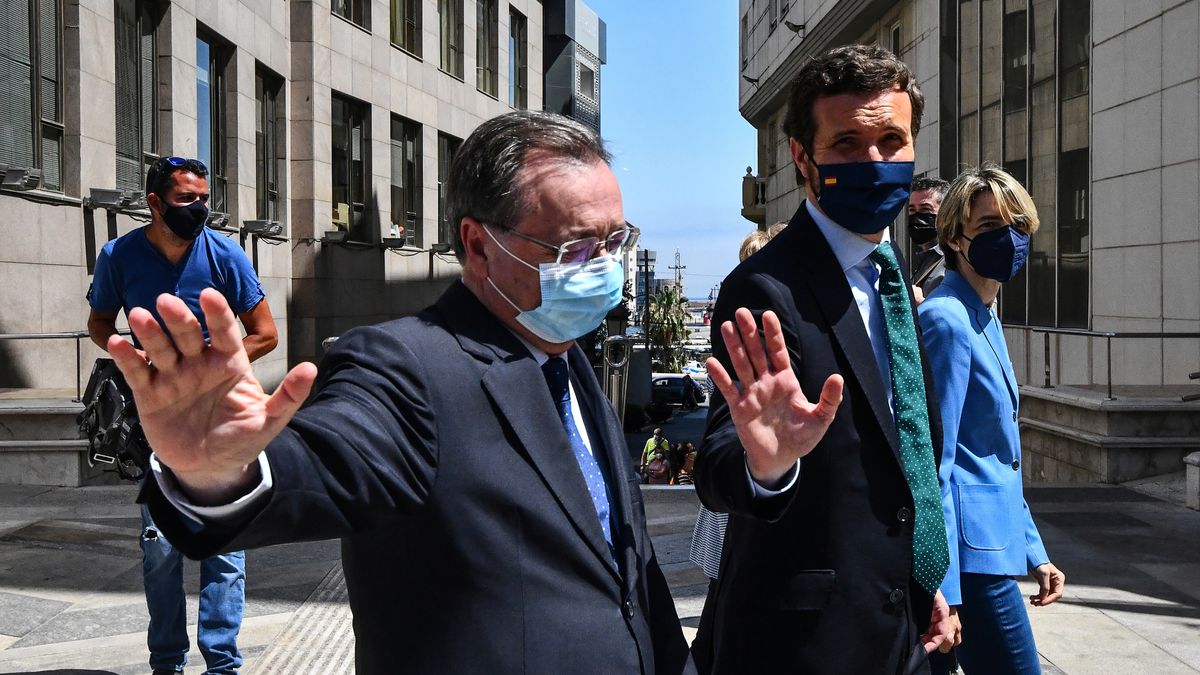 The leader of the PP, Pablo Casado, does not want to know anything about the corruption that took place in the PP before he was elected president, but that ghost haunts him. The PSOE, its partner of the United We Can Government and its allies in Congress are not willing to turn the page, and this is how it will be seen with the future of the commission of the Kitchen case. The plan is to move to autumn the suspended appearances of former president Mariano Rajoy and former ministers Jorge Fernández Díaz and Dolores de Cospedal, and also cite Casado and former vice president Soraya Sáenz de Santamaría.

The plan of the PSOE and its partners, which has a majority to move forward, will be approved next Tuesday. The Socialists have already maintained informal contacts with other parties to extend the duration of that commission until December.

The table of the Kitchen commission, which investigates in the Courts the illegal use of means and resources of the Ministry of the Interior of the Government of Mariano Rajoy to benefit the PP and hide evidence that could harm it in the case of illegal financing, met this Wednesday to agree on the postponement until a new date of the appearances of the former president himself and his right-hand man and former minister, Jorge Fernández Díaz, which were already scheduled for June 10.

The call to the former general secretary of the PP, Dolores de Cospedal, who was to have appeared last Wednesday in Congress, will also be left for another moment. Her presence was annulled because her accusation and that of her husband, Ignacio López del Hierro, were known that same day.

Some popular deputy came to comment that the Government of Pedro Sánchez intended to cover with the noise of the corruption of the past of the PP the discomfort of many citizens with the intention of granting pardons to the imprisoned Catalan separatist leaders or even the anger of others by the increased cost of the electricity bill.

The members of the Kitchen committee table, where PSOE and Podemos have the majority, will study next Tuesday what to do with their next jobs, but socialist sources point out that the determination to transfer to the next session has already been made, between September and December, the following meetings. It will be then when the pending appearances of Rajoy, Fernández and Cospedal should be scheduled, which were the ones that were left now.

The official reason is that after Cospedal’s indictment and summons at the end of June, it is preferable to convene it when it has already exposed what it may know about Operation Kitchen at the National Court. The commission of inquiry had the mandate to draw its conclusions precisely on June 30. That period will now run until December.

The Socialists have already held talks, for now informal, with other parties present in the commission to plan what type of appearances should be studied for the new extension of their working sessions.

The initial idea is to recall some of the appearing parties who have incurred obvious contradictions during their presentations to the commission. And in that chapter they enter from the former director general of the Police, Ignacio Cosidó, whom the retired commissioner José Manuel Villarejo pointed out as one of the highest political leaders of the assembly of the operation to capture information on the type of documentation that he may have. the ex-treasurer of the PP, Luis Bárcenas.

But they were not the only ones appearing who contributed totally opposite views. The former Secretary of State for Security, Francisco Martínez, also rejected some accusations about his participation in the montage that ex-commissioner Enrique García Castaño made him, who assures that he bought a computer for the use of Martínez where he dumped the information stolen from Bárcenas, or the Villarejo himself.

The PSOE and its main partners – and there are both Unidos Podemos and ERC – now contemplate that in the next period of operation of the Kitchen commission, both the current leader of the PP, Pablo Casado, and the then first vice president, Soraya, could be summoned. Sáenz de Santamaría, of whom Villarejo assured that she was aware of many reports in her capacity as interlocutor of the Rajoy Executive with the National Intelligence Center.

The presence of Casado in the new appearances would extend the implications of this scandal of political and police corruption to the most present stage of the PP, which is something that the current popular leadership wants to avoid at all costs. When the Kitchen commission was constituted last December, this debate already took place. Podemos, ERC and other formations then tried to call and implicate Casado, because in those years he served as spokesman for the popular Executive.

The former director of the CNI and the former vice president

The last turn of the screw to the investigation commission of the Kitchen case was given this Thursday by Macarena Olona, ​​parliamentary spokesperson for Vox in this case. Olona registered a request to summon to that commission of inquiry both General Félix Sanz Roldán, former director of the CNI when the events occurred, and former Vice President Soraya Sáenz de Santamaría.

When the commission of inquiry was born, the PSOE did not want that in the first appearances neither Rajoy, nor Casado, nor Cospedal, nor Villarejo, nor Félix Sanz Roldán were present. The Socialists defended and finally managed to agree with Podemos that in the first sessions only the operational police chiefs who gave and received the orders would appear.