The Provincial Council will double its sponsorship if Málaga is promoted 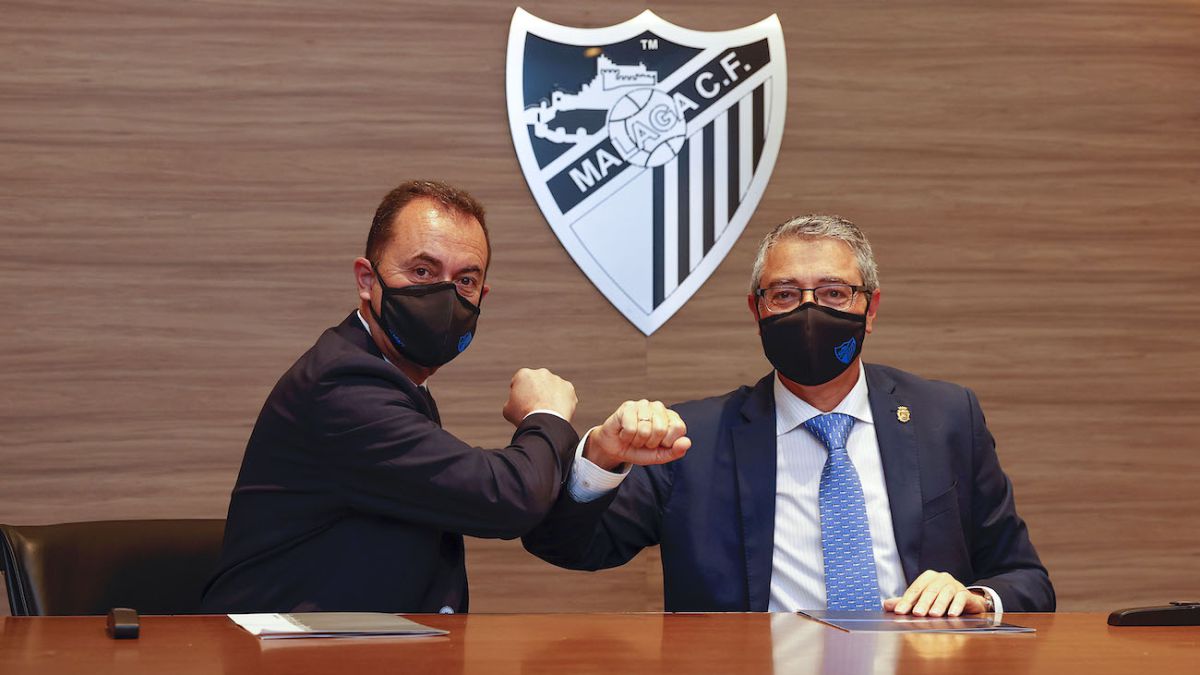 Francisco Salado, president of the Malaga Provincial Council, visited this Monday the set of Malaguista Area on 101TV and explained in his own voice the details of the sponsorship agreement signed with Malaga last Friday. Salado confirmed that the sponsorship contract will report to the club’s coffers “half a million per season plus VAT” during the next two courses. This figure will be increased if Málaga manages to be promoted to First Division at the end of the 2021-22 season.. Then, “Instead of half a million the shirt is worth a million and in that case we would also be there. In the end it all adds up to make a budget that Malaga needs to make big signings and have a higher wage bill ”, he clarified.

To this million euros that Málaga has secured for the next two years, we must add the contribution of one of the public companies of the Provincial Council, in this case Turismo Costa del Sol, which will maintain the agreement it already had with the La Rosaleda club and for which his logo appears on the pants of the Malaguista clothing: “We maintain the sponsorship of Turismo Costa del Sol that is in the pants, that is 150,000 plus VAT, so it will touch 200,000 euros. If both sponsorships are added, with VAT they are more than 700,000 euros. Next year it would be the same ”.

Salado assured, on the other hand, that the Provincial Council will not be a problem if promotion is achieved and Malaga is able to find sponsors that exceed that million euros per season for showing off on the front of the shirts: “I am convinced that if Málaga goes up, big companies will put their eyes on it. In that case, if we have to be, we will be there and if not, we will step aside “.

The Malaga City Council, through the mayor of the city, Francisco de la Torre, also made public a few days ago its intention to expand its annual financial contribution to the entity. “Five days ago I commissioned the Economy and Finance area to study the possibility of increasing the municipal contribution to Malaga based on the work of its Foundation and that of all the teams and entities of the club. I’m sure there will be an increase “De la Torre wrote this weekend on Twitter.

In addition to the sponsorship, Salado also spoke about the movements that the judicial administrator of Málaga, José María Muñoz, is carrying out to try to redirect and stabilize the Blue and White economy: “José María has announced that he is going to make the capital increase, that he expects many people to go and that he hopes there will be a balance between the majority shareholders and the small ones ”.

Muñoz, in addition, has started efforts to obtain a loan of about 8.5 million to continue facing the obligations that Málaga has to assume in the short term. “José María has everything clearer now. He is awaiting the trial but he is clear about that bridge loan while he charges or does not collect those amounts that Villarreal and other clubs owe, the capital increase … if everything goes well it says that viability is guaranteed. I see it animated, “concluded Salado.

That amount pending payment for the transfer of Ontiveros, around four million eurosIt would be a huge oxygen balloon for the club. However, Villarreal in his day conditioned the payment of said amount to the collection of the transfer of Alfred N’Diaye to the Saudi Al Shabab Riyadh.

Prosecutor opposes extending the curfew from Sunday in the Balearics