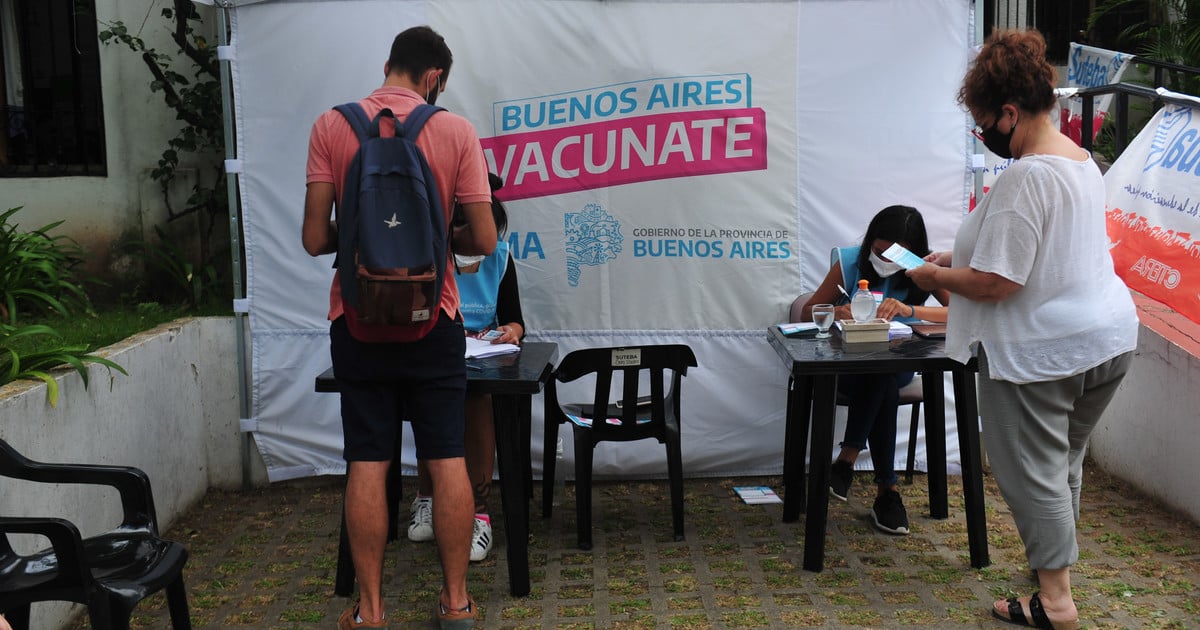 The province of Buenos Aires estimates that at the beginning of August will have the entire Buenos Aires population of legal age vaccinated against the coronavirus with, at least, the first dose.

This was stated by Governor Axel Kicillof this Wednesday, although he made some objection regarding the “flow” of the arrival of vaccines to Argentina to continue with the campaign.

The president explained that there are already 7 million vaccinated with the first dose, 10 million people registered and it is estimated that those over 18 are 12 million throughout the territory, with which the Province would be 5 million “to have everything covered with the first dose”.

“At the rate we are vaccinating that can be done in a month, undoubtedly. What happens is that the vaccines have to come at the rate that we are waiting for them, “said the governor in dialogue with Radio Diez.

In this way, Kicillof announced that by August all those over 18 years of age in the province of Buenos Aires would already have the first dose applied. Although he insisted on pointing out that there may be “any setback.”

On Tuesday, Governor Kicillof announced free vaccination for those over 45 throughout the Province, and for people over 18 in 31 games. While it advanced special vaccination days on July 9 and 10 throughout the provincial territory.

The stock of doses allows the province to be the first jurisdiction to enable the application among those over 18 years of age, in this case in 31 Buenos Aires districts where the drug has already been reached with more than 95% of those listed and groups risky.

In this context, he stated on Wednesday that next Friday “everyone over 40 will be able to get vaccinated with free vaccine” and that from then on all the elderly will have free vaccination throughout the Province.

This means that the vaccination for this segment will not have a shift requirement or a pre-existing disease requirement. The only requirement that they must meet is to show their DNI stating their age and address in the Buenos Aires territory.

The special operation will coincide with the homeland date for Independence and will be days mixed with typical foods such as locro, along with the application of vaccines in the 400 application centers and in another 100 itinerant vaccinations set up in public spaces, transport stations and clubs social.

Meanwhile, the Buenos Aires government began recruiting volunteers to test combinations of vaccines against the coronavirus, in an attempt to find a solution to the lack or delay in the provision of second doses.

“This is being done in various countries of the world, but you have to try each of the combinations. It is being experienced in the Province, through the Nation also in the City of Buenos Aires, the truth that progress is being made, “he said.

In this way, the Province of Buenos Aires will summon 1,200 Buenos Aires residents who received some of the first doses to incorporate them into the trials approved by the Ministry of Health of the Nation in one of the last meetings with experts.