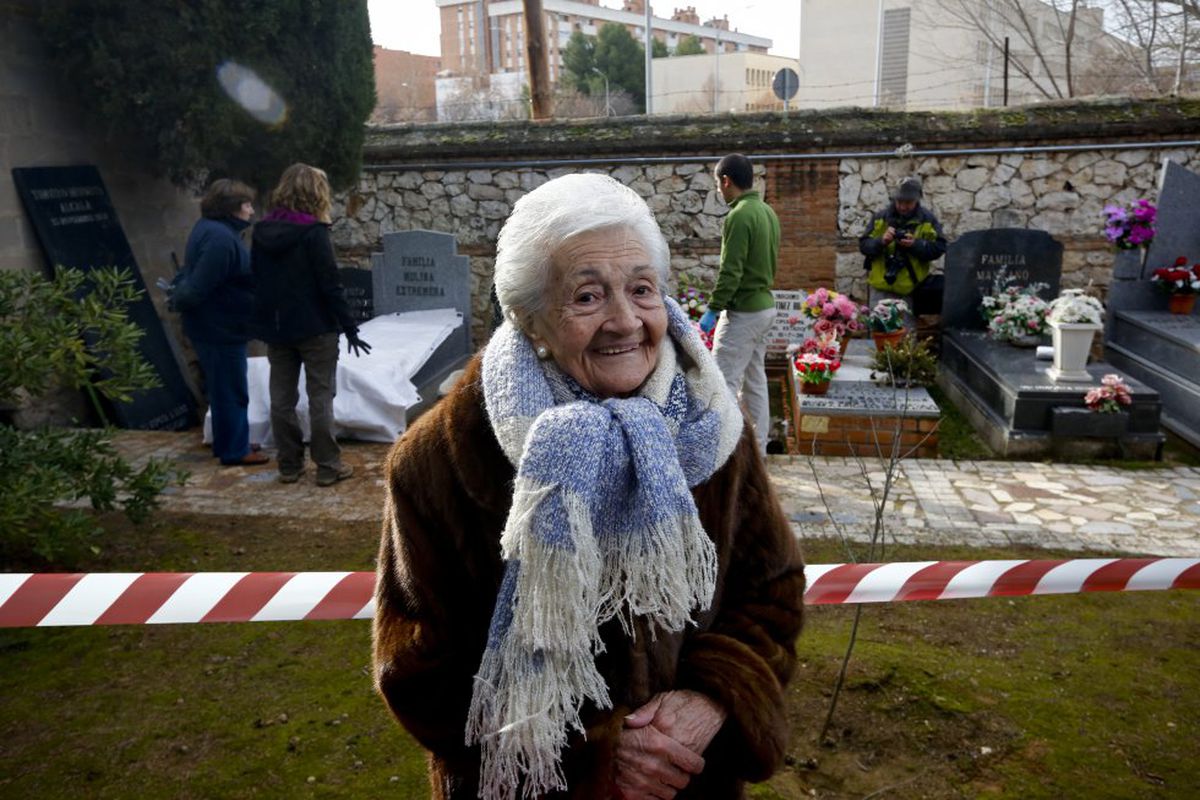 The report of the Fiscal Council on the draft democratic memory law defends the concept of “restorative justice” as a way to investigate the crimes of the Franco regime and guarantee the victims the right to know the truth and recover the remains of their relatives regardless of the possibility of punishing the guilty. Five prosecutors have cast a dissenting vote in which they maintain that the rules governing criminal law prevent such investigations and that the draft creates “false expectations.”

Volunteers from various countries visited Spain in successive summers to help in the exhumation of Francoist graves at the initiative of family associations, which promoted their opening after requesting the Government for the subsidies provided for in the so-called historical memory law (2007). Everyone was surprised that all this – going to the scene of a crime, recovering human remains with signs of violent death such as skulls pierced by bullet holes and hands tied with wire – was carried out without justice intervening at any time. Especially surprised were the Argentines, whose country continues to judge those responsible for crimes during the dictatorship today. That helplessness of the relatives earned Spain several international reprimands, including the United Nations. The draft memory law now aims to incorporate the State in the entire process, including the Prosecutor’s Office.

The non-binding report of the Fiscal Council on the draft of the democratic memory law has reopened the legal debate that in 2008 prompted the judge of the National High Court Baltasar Garzón to open a case on the crimes of the Franco regime, which entailed a trial for prevarication, of which he was acquitted in 2012. The Council has saved the procedure by the minimum, underlining that it is not only about repairing the family members individually, but also about responding to the “social”, “collective” interest of “preserving the democratic memory ”and the defense of human rights. Five prosecutors from the Association of Prosecutors have cast a dissenting vote against the bill. They consider “absolutely unnecessary” the creation of a prosecutor’s office specialized in historical memory; They criticize the “ambiguity” of the text and claim that it creates “false expectations” for the relatives. They remember the 2012 Supreme Court ruling – which censored Garzón’s case but acquitted him of the crime of prevarication. This indicates as “impeding issues for the development of criminal investigations for extinction of criminal responsibility” the prescription, the death of the defendant and amnesty [en alusión a la ley de 1977].

The Council report, signed by the State Attorney General, Dolores Delgado, recalls that “the legitimate expectations” of the relatives “to know the truth of what happened”, to know the whereabouts of the disappeared and “to recover their remains to give them a dignified treatment “, have been” configured as rights in the International Convention for the protection of all persons against enforced disappearance “, ratified by Spain. It adds that, since they are violent deaths, “they acquire a criminal judicial character” because “the remains found can constitute a source of evidence, from which the circumstances in which the death occurred can be established, so that the exhumation acquires a judicial purpose ”. The fact that the prosecutor is present, they conclude, makes it possible to protect the rights of the families “either within the framework of the procedure initiated by the judicial body, or within the scope of the proceedings initiated by the competent prosecutor’s office.”

Regarding the extinction of criminal responsibility, the report indicates that, in addition to facilitating the recovery of the remains, the Prosecutor’s Office can “explore other avenues such as restorative justice.” It seeks to “protect, recognize and repair the victims so that their testimony, recollection and reflection of the reality of the events serve in themselves as guarantees of non-repetition.” The possibility of resorting to restorative justice is included in the preliminary draft of the Organic Law of Criminal Procedure also sent for a report to the Fiscal Council, and follows the recommendation of the committee of ministers of the Council of Europe.

Regarding the relevance of a specialized unit in the Office of the Prosecutor, the Council underlines the need to unify criteria and centralize the interpretation of the complex international legislation on the matter. It is about prosecuting “human rights violations in a more effective way.” The report proposes changes in the wording of the preliminary draft to clarify that the courtroom prosecutor will not be attributed in general the processing of investigation procedures, but “only with respect to those cases of special importance appreciated by the State Attorney General”, as occurs with courtroom prosecutors who coordinate cases of violence against women or the environment.

In 2014, the UN Special Rapporteur Pablo De Greiff issued a report urging Spain to rescind the amnesty law in order to investigate the crimes of the Franco regime and make reparations to its victims. For the former Supreme Court magistrate José Antonio Martín Pallín, the judges who did not attend to the findings of human remains with signs of violent death in the Francoist graves were “prevaricating.”