The problems grow for Imanol 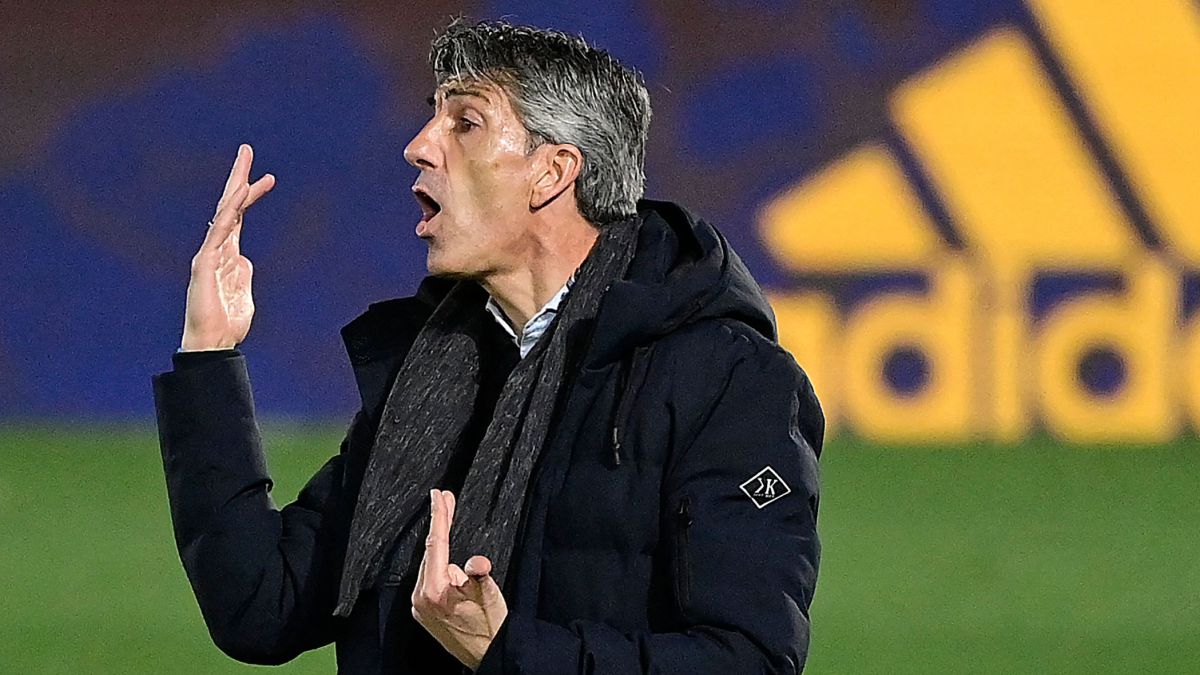 The problems grow for Imanol Alguacil … with the casualties for the next day. Let no one put their hands to their heads. The sporting aspect cannot be better for the Oriotarra coach, because his Real Sociedad has just managed to reach 50 points for the third consecutive season. All after a victory against Celta de Vigo that cost him too much, because four other players joined the section to go down to visit Ipurua this coming Monday. In this way, today it cannot have up to twelve players for different reasons, which is practically half of a squad that counts 25 players. However, he still has time to recover some cash and that the war report is not so dramatic.

The four players who joined the casualty section after the Celta game are Igor Zubeldia, Robin Le Normand, Aritz Elustondo and Carlos Fernandez. The last two cannot play because they are suspended when they see the fifth yellow, but the Sevillian forward also suffered a muscle problem. The San Sebastian club today updated the medical report of the last injured. Robin Le Normand suffered from muscle fatigue and is therefore not ruled out to play against Eibar. Igor Zubeldia, who fell from eleven in the warm-up, suffers from quadriceps discomfort, so it is not easy for him to be in condition. And Carlos Fernández has a contracture, so even if he was not sanctioned, he could not play in Ipurua either.

These four footballers join an infirmary already quite populated with footballers that it seems they will continue to leave. They are Asier Illarramendi, Mikel Merino, David Silva, Joseba Zaldua, Martin Merquelanz, Luca Sangalli, Aihen Muñoz and Miguel Ángel Moyá. Apart from the center of the field, the line most affected by Max casualties is the defense, because only Frances Modibo Sagnan is 100% well, without any physical problem, and he is a player who has been playing very little throughout it’s from the season. That is why the recovery of Le Normand, or even Zubeldia, is so important.

In this Friday’s session, only one of the players touched has appeared with the rest of his teammates. It is about Martín Merquelanz, who is the only one of the other injured who could be summoned this next day, and perhaps Joseba Zaldua also has some option. The left-handed Irundarra has returned to exercise normally with the group this Friday and may be one more for the Oriotarra coach. David Silva was also expected to start doing some of the training with the group, but he has gone back to doing only individualized work. Imanol hopes to be able to count on the canary for the beginning of May. In this way, the Real will have insurance for the casualties of Moyá, Illarramendi, Silva, Merino, Sangalli, Elustondo, Carlos Fernández and Aihen, and right now they have the doubts of Zubeldia, Zaldua, Le Normand and Merquelanz.

The Region has almost a hundred cases, chains two days without deaths and income increases slightly