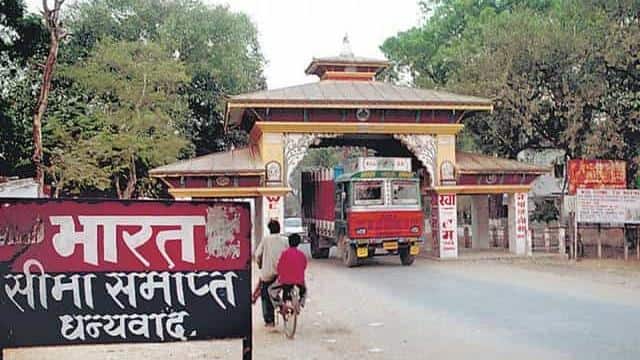 There are problems in movement of people in many places along the Indo-Nepal border. According to the Kovid-19 protocol, there is a level of contact with officials to find a way out.

SSB officials said the international bridge connecting Indo-Nepal at Dharchula in Uttarakhand was to open for an hour at 4 pm on Friday. The authorities of both the countries had decided this, but it was not possible due to local opposition. Local people said that people of Nepal are being allowed to come on our side, but Indians are not being allowed to go towards Nepal.

SSB officials said the two countries had agreed to open the bridge in talks on 13 November. Many patients from Nepal were to come to India for treatment. Similarly, many people from India had to go to Nepal due to domestic emergency.

Also read- Why is Nepal building new police posts along the border with India? Know what is the intention of the neighboring country

Sources said that this problem has occurred on the Indo-Nepal border in many places, but it is not right to find any motive behind it. In some places there was some problem due to overcrowding, but since March, decisions are being taken under Corona management. Another SSB official said that it has been located on the border since March due to Kovid-19. The border in the middle was completely sealed. Tried to sag about some essential services. Some concessions were also made by India, but the Nepalese security forces have continued to work hard on their side. The official said that at present, due to Corona, steps are being taken keeping health safety in mind.