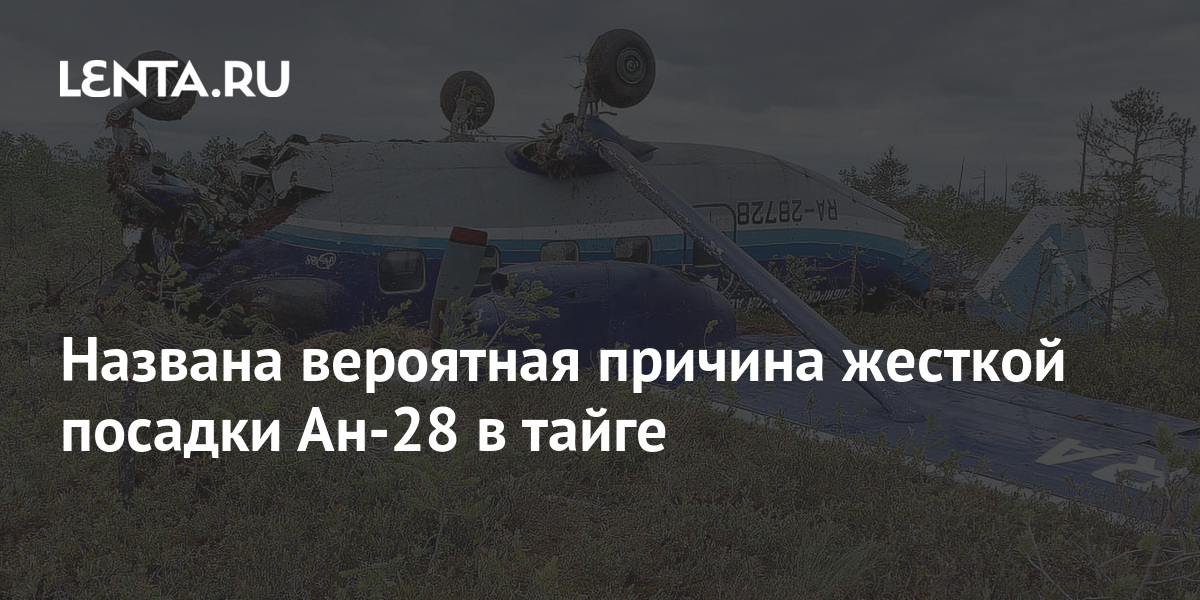 The probable reason for the engine failure of the An-28 passenger aircraft, which made a hard landing in the taiga, was poor-quality fuel. This is reported by REN TV.

If the jet fuel is stored improperly, moisture from the atmosphere enters it. After each refueling of the aircraft, the technician must drain the sludge from the tanks, and if water is found in it at the very bottom, then the flight should be prohibited. However, the TV channel claims, this procedure is often ignored in small aircraft.

As a result, during the flight, the water could freeze and clog the fuel lines. Also in favor of this version is the fact that the pilots were unable to restart the engines in the air. Investigators of the Investigative Committee of Russia sealed the fuel storage where the plane was last refueled. Samples of kerosene will be sent for examination.

According to another version, voiced by the “Sila” airline, the aircraft engines could fail due to “extraordinary climatic conditions.”

Anatoly Prytkov, who flew the plane, refused to comment on the incident. According to him, the information about the failure of two engines is “true”, but he and the co-pilot Farukh Khasanov “had no time to think, they had to do their job.” He submitted the clarification of the reasons for the equipment failure to a special commission.

Honored pilot of Russia Yuri Sytnik told “Lenta.ru” that the chances of landing An-28 in the taiga were 50-50 percent. “The fact that the plane landed is bravo. All passengers are safe, the entire crew is alive, and thank God. Any plane in the taiga is very difficult to land. You need to find a clearing or clearing. It is necessary to have the composure of the ship commander to make such a decision – to land the plane outside the airfield. What the commander has done is wonderful. Well done, hurray! ” – said the expert.

On July 16, the An-28 aircraft flying from Kedrovy to Tomsk disappeared from radars in the Bakcharsky district of the Tomsk region. On board, taking into account the crew members, there were 18 people, including two children. The pilot managed to make a hard landing in the taiga, but he broke his leg. Also, hospitalization was required for one of the passengers, the rest were not seriously injured.

Passengers affected by the accident with the An-28 will receive payments. Deputy Governor of the Tomsk Region Anatoly Rozhkov said that in addition to insurance payments, passengers will receive compensation from the regional budget.

Cases when a hard landing of a passenger plane makes it possible to do without casualties are extremely rare. A Ural Airlines plane flying from Moscow to Simferopol, shortly after takeoff, made an emergency landing near Zhukovsky airport on the morning of August 15, 2019. Onboard there were 226 passengers and seven crew members. 76 people were injured. According to preliminary data, the cause of the engines’ fire was the ingress of birds into them; during landing, one of the engines fell off. Then the pilot Damir Yusupov was awarded the title of Hero of Russia.