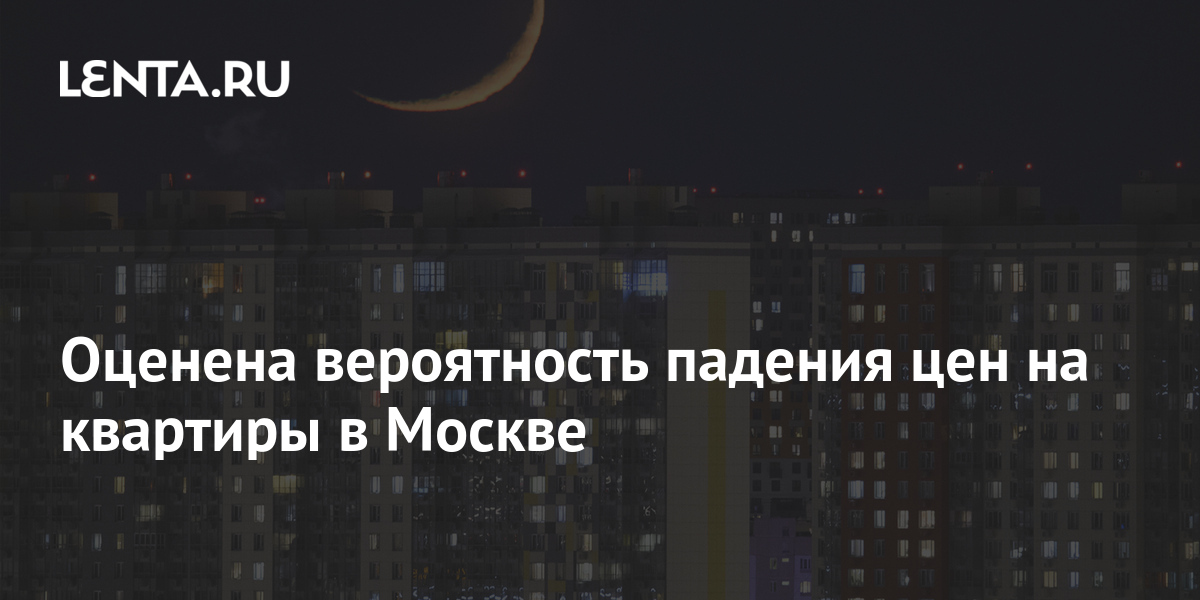 Do not wait for a rollback to pre-pandemic prices for apartments in Moscow new buildings – only the return of forgotten seasonal discounts on housing is possible, according to the review of the primary real estate market in Moscow, prepared by CIAN experts (available at the disposal of Lenta.ru).

The second half of 2021 will be a period of “cooling” of the capital’s real estate market, primarily in terms of demand, but not in terms of prices, analysts believe. They note that several factors affect the cost of housing: first of all, the growth in the cost of building materials in the whole world, the transition to escrow accounts and high inflation, which is likely to slow down only at the end of 2022. Therefore, a drop in apartment prices in Moscow is unlikely.

“It is possible that forgotten seasonal discounts will return, but a rollback to pre-pandemic prices should not be expected – the market needs to learn to interact in a new reality without the main“ driver ”- preferential mortgages. And it will take time, ”the experts explain.

In the first half of the year, according to their observations, the capital’s developers were counting on a rush of demand against the background of the completion of preferential mortgage lending, actively increasing the cost of housing. In addition, developers sought to compensate for the failure in transactions in May 2021, when, due to the long “vacation”, demand immediately dropped by 20 percent. “However, there was no explosive growth in demand, although the share of transactions on credit reached its maximum since the start of subsidies. Even preferential mortgage lending does not allow to further increase prices, while maintaining demand, ”the experts emphasize. CIAN notes that after reducing the limit on preferential mortgages to 3 million rubles, subsidies have become irrelevant for the capital region.

Earlier it became known that in June 2021, prices for apartments under construction continued to grow in all locations of the Moscow region. Within the boundaries of old Moscow, the weighted average price per square meter reached 318.4 thousand rubles, compared with May this figure increased by 2 percent, over the year – by almost 45 percent.