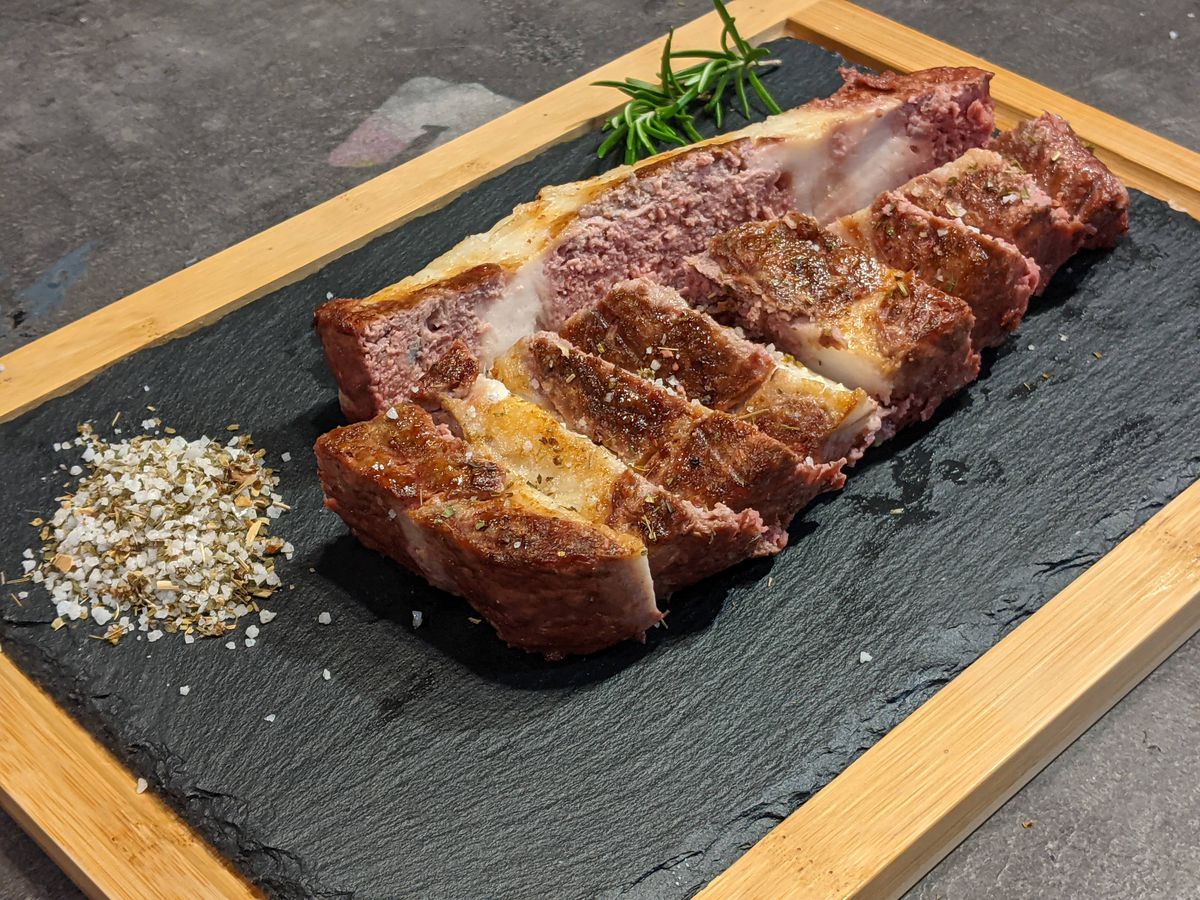 – I’m going to have a steak for dinner.

– Which one do you prefer: the 3D printed one or the usual one?

Perhaps it will not be long before we hear this conversation in a restaurant. Meat manufactured in a laboratory, then molded in a 3D printer is, in fact, already a reality. One of the companies working on this food evolution is Cocuus, based in Cizur Mayor (Navarra), whose CEO, Patxi Larumbe, has become one of the names of the change. Thanks to his prior knowledge of robotics and laser printing, Larumbe has managed to get these 3D printers to make steaks and bacon. He has had to reorganize pieces of machinery, production processes and even the company itself. But it has achieved innovation within the reach of just a dozen startups around the world.

Larumbe explains by video call that the idea of ​​Cocuus arose when he was aware of the food challenge facing the planet. “In 2050, there will not be food for everyone. So I wondered how I could change it. ” He noticed low-value meats, which end up in the garbage. Also in cell culture of meat, fish and fat in vitro. Instead of killing animals, the cells of the products we buy on the market are recreated in a laboratory. 100% artificial meat.

Cocuus does not yet use this last technique, the most promising, but in an experimental phase and currently prohibited for commercialization in Europe. This procedure will involve manufacturing muscle fibers in the laboratory from cow stem cells with the idea of ​​ending the over-exploitation of livestock, animal abuse and pollution produced by animals.

At the moment, however, the raw material with which they work comes from two other sources. Or from animal cells obtained from meat that is wasted just because it cannot be sold (not because it is in bad condition, but because it contains some aesthetic or similar flaw); or from plant cells like those of a pea, which can dissociate.

The Cocuus steaks have already won an award, such as the one obtained at the Food4Future Fair, held this month in Bilbao. The company does not intend to market the meat, but rather the technology for others to print the product. And they are building an industrial machine that will make it possible to manufacture 500 kilos of product per hour. They calculate that the steaks made with the meat that they take advantage of the waste (the one that is not sold, but is consumable) may be sold with an estimated price of between five and eight euros, and those created with plant cells at between 15 and 20 euros.

The consumer will see only one piece of meat, with a taste and texture similar to the usual one, but behind it there is a complex work, halfway between mathematics and three-dimensional modeling. As they do in hospitals to reach certain diagnoses, the steaks that Cocuus makes have been designed using a CAT scan (computerized axial tomography), a layered X-ray that allows us to observe the characteristics of the meat, to know every corner. “We see the piece in 3D. We manage to vectorize the fat, the fibers or whatever. We turn the steak into a three-dimensional object, ”says Larumbe.

Next, the information collected through the CT images is transformed into data, and once this is achieved, it is time to process and purify them until they become the food that the printer manufactures. On the one hand the fat will go, on the other the meat. With the help of other components, both parts come together, recreate the flavor and provide the necessary consistency. In addition, thanks to having transformed the raw material into data, Larumbe can modify the thickness or other characteristics by changing the printing pattern. “We try to understand nature from mathematics. If we approach them, we can change reality ”, he assures.

To make fish, still in the testing phase, the technique must be slightly adjusted. The startup It started with a salmon. After the CT scan, he discovered that the muscles are closely related to a hyperbolic parabola. Without getting into the guts of the concept, it means that it can be translated into data, as it happens with pieces of meat. “We convert images into information x, i greek and zeta. That is, we can replicate the geometry of salmon through 3D printing. There is nothing artificial here. The machine orders existing cells represented by these data ”, explains Larumbe.

The product preparation formula must consider that they withstand the thermal stress of a grill. But also, that they comply, like any other, with food safety regulations. In this sense, the National Center for Food Technology and Safety (CNTA) has controlled that printed foods exceed the requirements of supervisory bodies, in terms of expiration and microbiology. “Cocuus has done hundreds of tests and validations to reach the final product. It is going to bring quality nutrition to as many people as possible ”, says José Luis Cabañero, CEO of the accelerator Eatable Adventures, who collaborated in the launch of the company.

Companies such as Cinco Jotas, a leader in the Iberian ham sector, have shown interest in Larumbe’s initiative. The company pays to throw away and burn the excess fat from their hams. And they are studying whether Cocuus’ technology would allow it to use it to create bacon using a process analogous to ribeye. Something like a Cinco Jotas bacon. It is not the only company that has been interested in the project. A UK company that distributes vegan products wants to test whether it can print plant-based bacon with its 3D printing technique.

The Cocuus staff is made up of twenty professionals: biotechnologists, electronic engineers, chefs, computer engineers, robotics engineers, PhDs in food sciences who validate formulations, microbiologists, nutritionists, biocompression engineers, industrial designers, architects and geometricians who They convert TAC data into machine-understandable equations. A string of diverse professions, linked to technology, whose purpose is to make steaks and bacon. 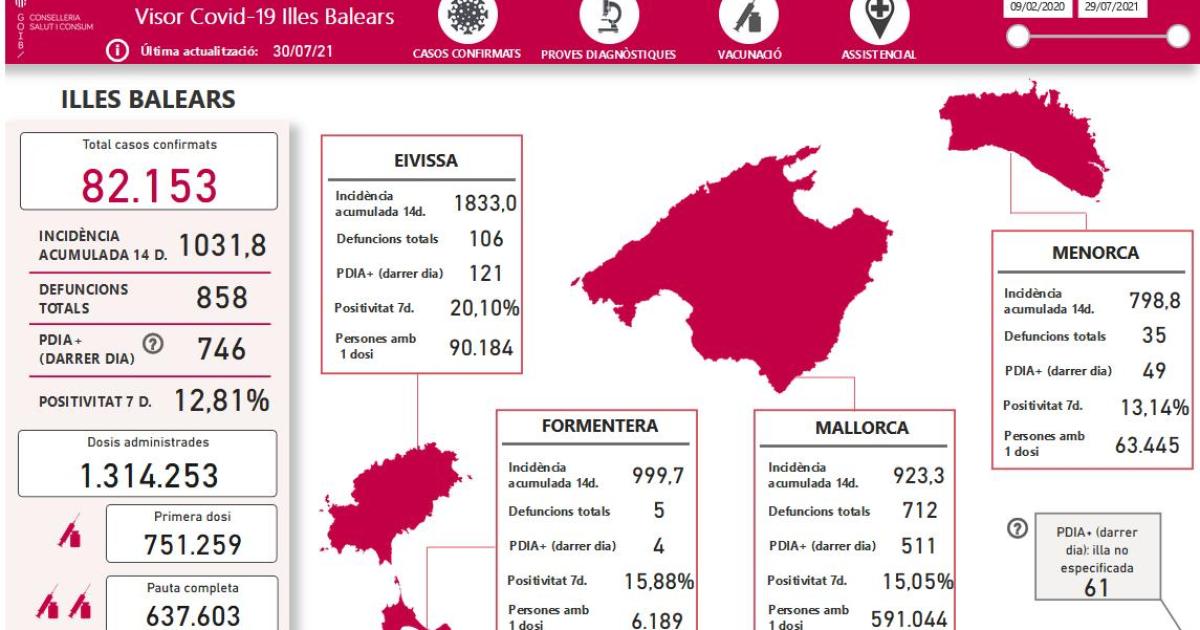 Big fall in number of Covid cases in the Balearics