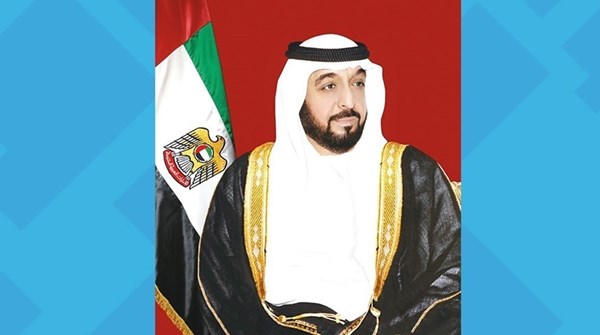 His Highness Sheikh Khalifa bin Zayed Al Nahyan, President of the State, may God protect him, issued Federal Decree No. 69 of 2021, abolishing the second ordinary session of the seventeenth legislative chapter of the Federal National Council. The decree stated: “The second ordinary session of the seventeenth legislative chapter of the Federal National Council ends at the end of the session on Tuesday, June 29, 2021, and the Speaker of the Council shall implement this decree.”
In its closing session of the second session, which was held yesterday, chaired by His Excellency Saqr Ghobash, Chairman of the Council, the Council expressed great gratitude to the wise leadership, headed by His Highness Sheikh Khalifa bin Zayed Al Nahyan, President of the State, may God protect him, and His Highness Sheikh Mohammed bin Rashid Al Maktoum, Vice President, Prime Minister and Ruler of Dubai, and His Highness Sheikh Mohamed bin Zayed Al Nahyan, Crown Prince of Abu Dhabi and Deputy Supreme Commander of the Armed Forces, and their brothers, Their Highnesses, Rulers of the Emirates, for their continuous support and permanent sponsorship of the work of the Council, which has had The greatest impact in enabling the Council to carry out its constitutional and parliamentary role in the way we always wished for.
During the opening speech of the session, His Excellency Saqr Ghobash stressed that the holding of the session coincides with the third anniversary of the International Day of Parliamentary Work, where we are proud of the successes and achievements of the Council since its establishment until now, and the march continues for the good, development and pride of our country, through the parliamentary experience that has accumulated during these two The two-year term within the current legislative term, which enabled the achievement of what we had hoped in the areas that the Council specializes in at the legislative, oversight and parliamentary diplomacy levels.
His Excellency added: The Council has completely completed all the draft laws presented to it by the government in this role, which amounted to 15 legislation. The Council also discussed 5 general topics, and the members asked 40 questions in various fields related to matters important to the country and the citizen. As for the complaints received by the Council, which The number of complaints reached 80, and the council has come a long way in resolving them in light of what the legal systems allow.
His Excellency indicated, within the axis of parliamentary diplomacy, that the Council was keen to participate in various parliamentary events and forums, which numbered 130 participants, as our participation was in a manner befitting the name and position of the UAE at the global level, and we were keen that our role be on the same approach and principles that the fathers laid the foundations for. The founders are led by the father, Sheikh Zayed bin Sultan Al Nahyan, may God rest his soul, and in line with the policy directions and ambitions of our country.

exceptional circumstances
For his part, His Excellency Abdul Rahman bin Muhammad Al Owais, Minister of Health and Community Protection and Minister of State for Federal National Council Affairs, stressed, during his speech on the occasion of the closing session, that today a bright page of cooperation and constructive integration between the government and the Council, which held its sessions under exceptional circumstances and was able to achieve many qualitative achievements, has turned out today. .
His Excellency indicated that the second session constituted a valuable and qualitative addition to the record of achievements of fruitful cooperation and constructive integration between the government and the Council, expressing his hope that the next session would witness more constructive cooperation between the government and the Council to achieve the aspirations of our leadership and the aspirations of our people in the next fifty years to be in the centers First on all levels.
The session witnessed the Council’s approval of a draft federal law amending some provisions of Federal Law No. 7 of 2008 regarding the National Archives. The session also witnessed a review of written responses to two parliamentary questions that were directed to government representatives, while two questions were postponed to be discussed in a later session in the Council.

Adjusting the age for entering kindergarten
His Excellency Hussain bin Ibrahim Al Hammadi, Minister of Education, explained, during a written response to a question posed by Shatha Al Naqbi, a member of the Council, regarding amending the age for entering the kindergarten stage, that since the start of formal education in the UAE, the approved date as a maximum for entering kindergarten is 31 August, however, in the 2014-2015 academic year, the date was changed to December 31, when after studying this matter with the educational authorities in the country, it became clear the need to return to what was previously applied, which is to adopt the date of August 31 as a maximum for entering the kindergarten stage instead of the date of December 31.
His Excellency said: The procedure is a consolidation of the strategic directions of the state, normative comparisons and charters of international organizations. Referring to a number of international comparisons on the subject of the child’s entry age to kindergarten, it was found that most countries determine the entry age by completing the specified age, before entering the school year in the August 31. His Excellency continued: Education in the UAE includes the public and private sectors. Therefore, and in the interest of education and students, we must be in line with international standards for the age of children to enroll in various curricula, pointing out that the design of the curriculum in the early education stage takes into account the age of the student and his mental and physical abilities.
His Excellency pointed out that the studies, based on the results of the “TEMS” test, showed a decrease in test results for students who completed the age of four after August 31, compared to those who completed the age before August 31 when they joined kindergarten, explaining that British, American and Swiss schools applied their systems of not Enrollment of students to kindergarten at an early age.
His Excellency pointed out that the Ministry of Education launched the “Baraem al-Mustaqbal” initiative, in line with its strategies for supporting early childhood, through which the Ministry aims to encourage parents to enroll children between the ages of 3 and 4 years in the program to support children through learning programs. Smart, which includes 3 main axes: knowledge and integrated sciences, imagination and logical connections, Emirati culture and ethics. The program for this stage is based on 3 main areas that include student behavior, personal and emotional development, and educational materials.

sports clubs
His Excellency Dr. Ahmed bin Abdullah Humaid Belhoul Al Falasi, Minister of State for Entrepreneurship and Small and Medium Enterprises, President of the General Sports Authority, explained in a written response to the question of Adnan Hamad Al Hammadi, a member of the Council, about the requirement for professional players to stay in sports clubs and the controls taken by the Authority to limit abuses Which sports clubs exploited regarding the condition of continuous residency for players, that the General Sports Authority formed a committee to study the Cabinet’s decision regarding the participation of non-national players in official competitions, after monitoring some cases that did not meet the conditions stipulated in the Cabinet’s decision, and it also addressed the sports federations to send regulations for the participation of non-nationals. Non-national players in sports competitions, in addition to inviting a representative from the Federal Authority for Identity and Citizenship, the Emirates Football Association and the Professional League to attend the committee’s meetings to set the rules for players’ registration.

The National Archives
The Federal National Council approved a draft federal law amending some provisions of Federal Law No. 7 of 2008 regarding the National Archives, in the presence of Dr. Abdullah Al Raisi, Director General of the National Archives. The bill aims to transfer the competence of the National Library from the Ministry of Culture and Youth to the National Archives, where the library represents The National Archives is a national archive for preserving and archiving intellectual production of all kinds in the country from damage and loss, and is concerned with making it available to the public and future generations.
The draft law defines the goals of the National Archives and Library, which are to collect documents and supervise their preservation and archiving in accordance with the scientific principles of archiving with the intention of benefiting from them in the public interest, contributing to the dissemination of cultural and historical awareness, and providing research areas for those wishing to benefit from the information material acquired by the National Archives and Library. Facilitating access to the intellectual, literary and scientific production of human civilization, owning and displaying books, manuscripts, documents and periodicals, in addition to reviving the intellectual and cultural heritage in all its forms and facilitating its study and benefit from it.
According to the draft law, the national archive and library are responsible for supervising and classifying documents, and taking everything that would preserve them. It also establishes a national library that represents an intellectual archive to preserve and archive all kinds of intellectual production in the country from damage and loss and make it available to the public and future generations. In this regard, he has the practice of practicing Specializations, including inventory, collection, receipt, acquisition and documentation of documents in accordance with the provisions of the law, collection and documentation of oral archive material, preservation and facilitation of its use in the appropriate scientific manner, and collection of documents inside or outside the country or copies of it, which are of interest to the national history of the state, the countries of the Cooperation Council and the Arabian Peninsula.

Classification of documents
The draft law specifies other competencies, including classifying documents kept at the National Archives and Library, facilitating their use and benefit, preparing appropriate indexes, instructions and evidence for this, working to protect documents from damage factors, repairing and restoring damaged ones, using the necessary maintenance and safety procedures and means, and setting the necessary instructions for government agencies. Providing assistance to it with the necessary procedures and precautions to protect its documents from the factors of damage throughout the period prescribed for keeping its files and documents, as well as assisting it in the inventory operations, and providing advice to the private parties upon their request regarding the procedures and precautions necessary to protect their documents from the factors of damage.
According to the draft law, there are additional competencies that include providing the necessary advice to government agencies to coordinate between the rules of regulation of public documents applied in them, preparing and publishing research and studies that serve the objectives of the national archive and library and highlight the historical and civilized values ​​and achievements of the state, and provide areas of research for those wishing to benefit from the information material that It is acquired by the national archive and library, organizing seminars, conferences, programs and workshops held inside or outside the country, contributing to building the national information system by setting national plans and policies, bibliographical control of national intellectual production using international standard numbering, and collecting government publications for local bodies and departments and publications of regional and international bodies. Create Emirati authority files and participate in similar projects regionally and globally.