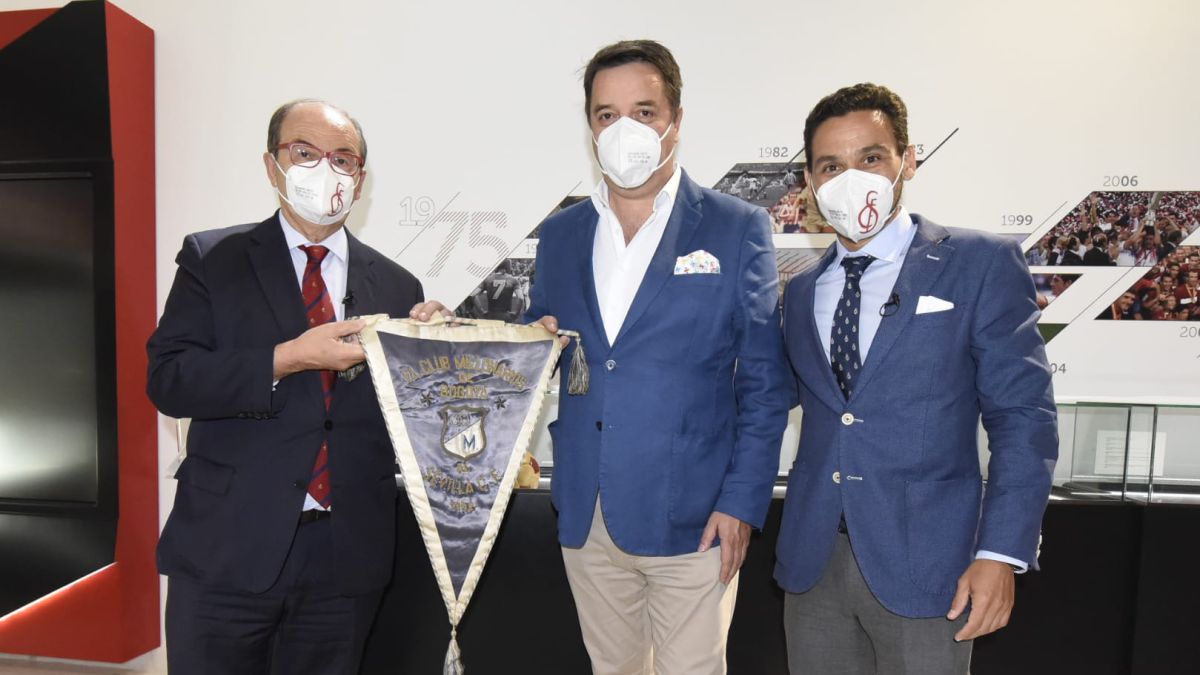 Gustavo Serpa, president of the Board of Directors of Millonarios de Bogotá, was at the Ramón Sánchez Pizjuán together with his counterpart at Sevilla José Castro, vice president José María del Nido Carrasco and sports director Monchi. Serpa enjoyed the magnificent museum that has been set up in the Seville stadium, which eAmong other jewels it has a Millionaire pennant.

A pennant with which Serpa himself posed with Castro and Del Nido and which is full of history. He was received by Sevilla in 1952, when Alfredo Di Stéfano was still playing for the Colombian club, then considered the best in the world. Millionaires He landed in Spain to play in the Golden Jubilee match of Real Madrid and later made a tour of Spain in which he included a match against the white and red team.

That match was played in the Viejo Nervión, a stadium that was located right next to the current Ramón Sánchez-Pizjuán, and ended with a tie to one. Di Stéfano scored and, for Sevilla, the Golden Child: Juan Arza, that he was then the great Nervionense star and that many consider the best player in Sevilla’s history.