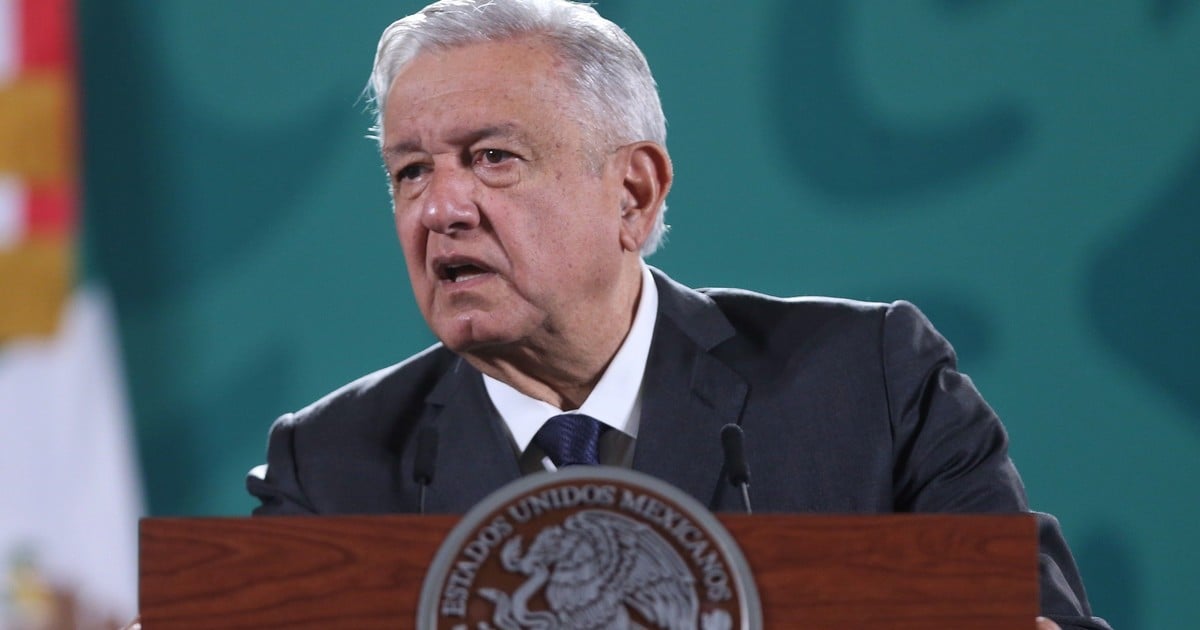 The president of Mexico, Andrés Manuel López Obrador, launched this Friday harsh criticism of the independent press and unleashed the rejection of the Inter-American Commission on Human Rights and the Inter-American Press Association.

The president assured that the rating given by citizenship would increase if he financed the media to be in his favor.

“I would not have 6.7 acceptance in the town, I would have 8 if I released the 20,000 million pesos (about 1,000 million dollars) that was allocated to the newspapers, the media, the journalists,” said López Obrador during his press conference from the National Palace.

The president recalled the official poll cited on Thursday during the presentation of his government report for the three years of his electoral victory, where Mexicans rated him 6.7 points on a scale of 10 and said that the changes he has sought since his arrival in government has cost him this qualification.

In particular, he cited the fight against corruption in the purchase of medicines and the withdrawal of government advertising in the media.

At the same time, he defended his survey by assuring that “it is not a (false) duckling” and mentioned that the study was carried out by technicians from the Ministry of the Interior to more than 1,500 respondents in the country by telephone, although he accepted that it has a bias “because it does not all Mexicans have a telephone. “

The president of Mexico celebrated the third anniversary of his electoral victory on Thursday. Photo: AP

The head of state indicated that statistically “the projection is good”, although he clarified that there will always be doubts about the reliability of the polls, but affirmed that “we are not the same as those who ‘spoon’ (inflate) the polls”.

What’s more, He assured that he is willing to lower his approval rating to 6 if with that he manages to save another 1,000 million pesos (about $ 500 million).

“The important thing here is to have a clear conscience, that is one’s court,” he said.

Attack on the media

President again criticized the media and international organizations who disqualified the presentation of alleged fake news at his morning lecture.

“It is an advantageous interpretation on the part of those who do not want there to be a confrontation of ideas or to have a circular dialogue; What do they just want to have a monopoly on the truth? What can no one replicate? It is the most undemocratic thing there can be, “he said.

He affirmed that it would be disrespectful to the people of Mexico not to clarify the “lies” that the press spreads against his government.

“How can we not have the right to say that this is slander? Do we have to keep quiet? Are the media the ones that pontificate, do they have the absolute truth? ”He questioned.

The president of Mexico usually gives a press conference every day. Photo: EFE

Concern of the IACHR

The rapporteur for freedom of expression of the Inter-American Commission on Human Rights, Pedro Vaca, expressed his concern about what it considers a possible “stigmatization” of the press and the media by the Mexican president and his government.

In a statement, he warned against the president’s initiative to establish a section in his daily press conference to deny alleged false news and pointed out that a democratic state cannot “give stigmatizing speeches.”

Vaca questioned the role of the briefings that López Obrador holds every morning and expressed serious doubts about the impact they have on public opinion.

In addition, he stated that this concept of stigmatization must be placed in the “violence prevention” Given the this type of speech gives way to threats and attacks against media professionals.

“That is a maxim that must operate in every democratic state, which must be distinguished from another environment for freedom of expression: all authorities have the right to defend themselves from the criticism that is publicly made,” he said.

The Inter-American Press Association (IAPA) spoke in the same direction and in a statement criticized the “stigmatization” that various leaders of the region make against the press.

Thus, they asked not only López Obrador but other leaders to change their attitude towards the media.

In a statement, they demanded “that the presidents of Brazil, El Salvador, the United States, Guatemala, Mexico, Nicaragua and Venezuela suspend the stigmatization practices that encourage violence by their followers against the media and journalists.”