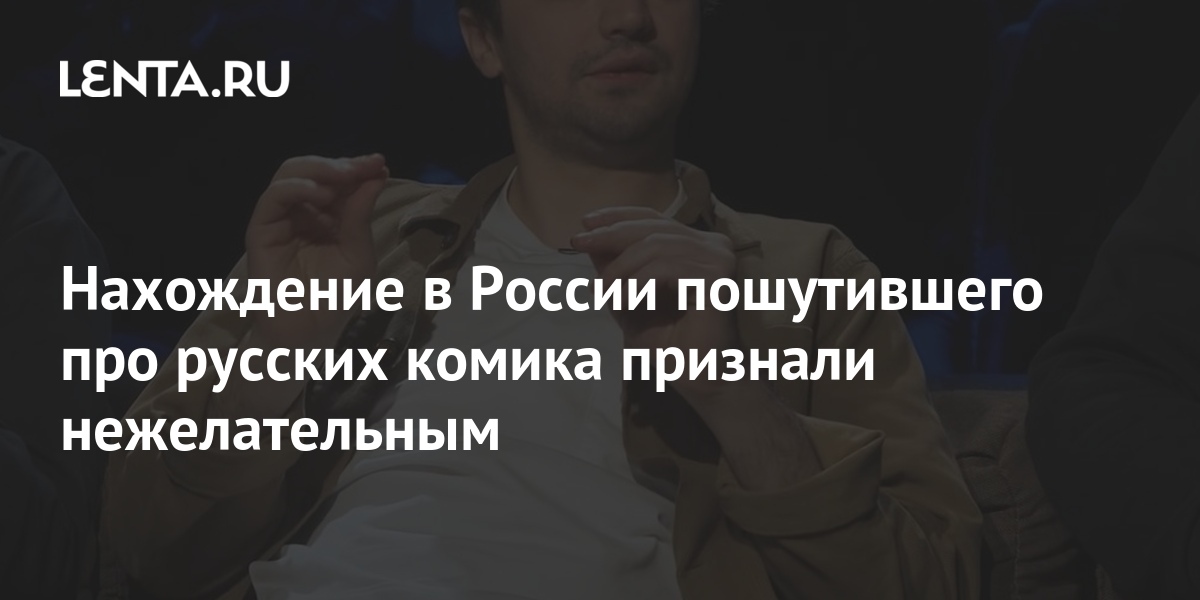 The Ministry of Internal Affairs of Russia recognized the presence in the country of stand-up comedian Idrak Mirzalizadeh, who had spent 10 days in a special detention center for a joke about Russians, as “life-long undesirable”. This is reported on website departments.

“In his public speech, Idrak Mirzalizade allowed expressions that incite hatred and enmity towards persons of Russian nationality, humiliating their human dignity. In this regard, his presence on the territory of the Russian Federation was recognized as threatening public order, the rights and legitimate interests of others, ”said representatives of the Ministry of Internal Affairs. They added that they considered inadmissible statements aimed at destabilizing interethnic relations, regardless of the form of their presentation.

On July 30, an administrative case was filed against Mirzalizade for jokes on the air of the humorous program “Acceleration” on YouTube. The comedian was suspected of violating Article 20.3.1 of the Administrative Code of Russia (“Incitement to hatred or enmity, as well as humiliation of human dignity”).

On August 9, the Tagansky District Court of Moscow sentenced the comedian. Mirzalizade, who joked about the Russians, received ten days of administrative arrest. Later, the Moscow City Court recognized this decision as legal.