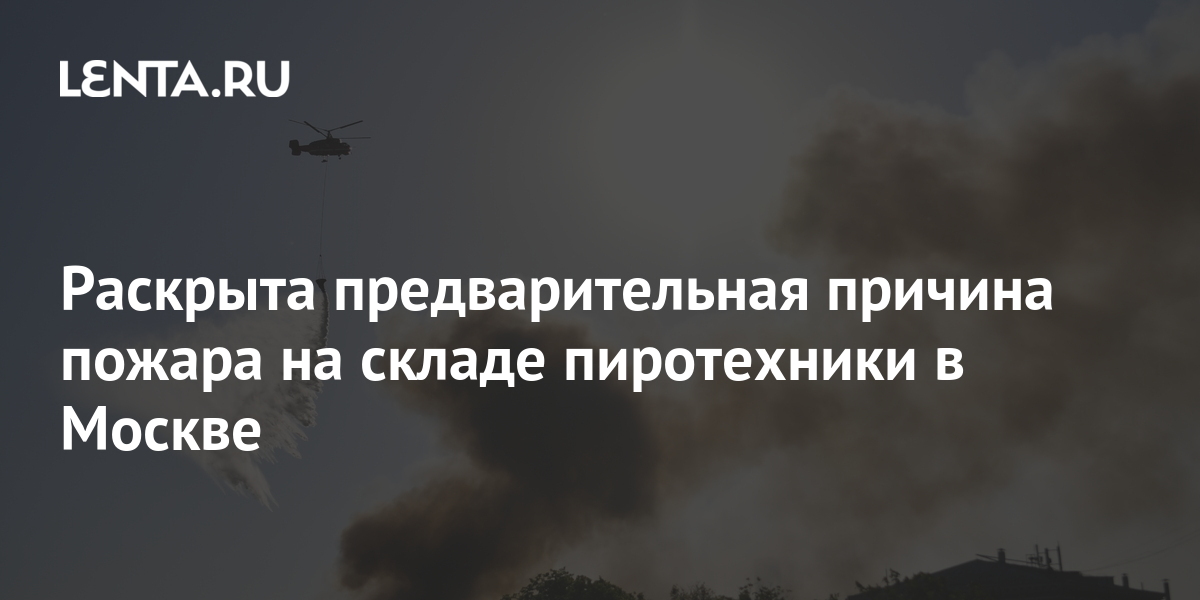 The reason for the fire at a pyrotechnics warehouse in Moscow, according to preliminary data, was a power outage. It is reported by TASS citing a source in emergency services.

According to the interlocutor of the agency, other versions of what happened are also being considered at the moment.

Earlier it was reported that three firefighters and one employee of the pyrotechnics warehouse were injured in a fire on the Luzhnetskaya embankment. Deputy Mayor of the capital Pyotr Biryukov also said that there were 15 tons of explosives in the form of pyrotechnics in a burning warehouse near the Luzhniki stadium.

A fire in a Moscow warehouse occurred on Saturday afternoon, June 19. The fire from the burning warehouse spread to the neighboring building. According to the emergency services, at least 100 claps were heard. According to eyewitnesses, fireworks were heard for 20 minutes, then there was a strong explosion.